Actress Karishma Shrestha and actor Salon Basnet are currently in Pokhara to promote their upcoming movie ‘Luv Sab’. As usual they are asked about their relationship and, as usual they told that they are ‘good friends’. They clarified that there is no love in between them. 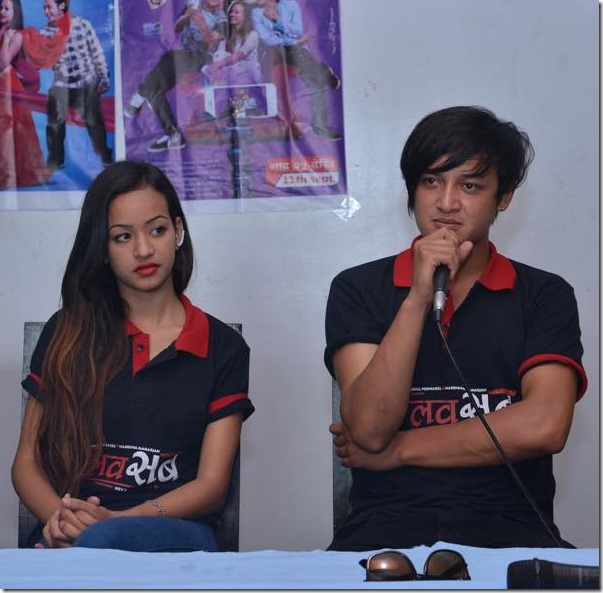 That is nothing new. Karishma and Salon had always told the same story although the love between them surfaces at times in social networking site Facebook. As we shared the screen shot of the post of Karishma, made last year (on August 4, 2014) in which Karishma shared Salon’s photo with caption “I love him …”.

We hope Karishma and Salon are waiting for the right time to disclose their love to each other.  As of now, we don’t feel the necessity to make any changes in the Actresses’ Boyfriend page.