Few days after asking her followers not to call her a prostitute, actress Priyanka Karki wore a very provocative transparent gown to the premier her movie ‘How Funny’. On April 20, Priyanka Karki attended the premier show of her movie dressed in a golden gown with skin colored inside – seemingly hiding nothing.

By the way she dressed, it is apparent that she had carefully planned the writing of the message and presenting herself as in such a dress.

The premier show looked more like a fashion show as all the ladies present in the event looked more like ramp models catwalking. Actress Nisha Adhikari wore a similar transparent dress as that of Priyanka, but not as much open as Priyanka. Sahana Bajracharya’s dress wasn’t transparent but, was of similar design

Although Priyanka looked stunning in the dress, the dress wasn’t much uncomfortable to walk around. A lot of people had stepped on her dress and it was not easy for her in the event.  Others present in the even were Deepak Raj Giri, Deepa Shree Niraula, Aryan Sigdel etc. 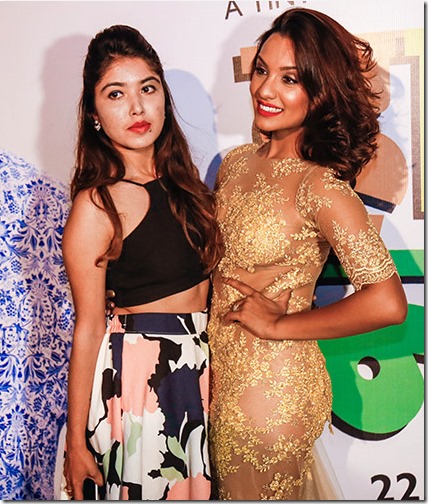 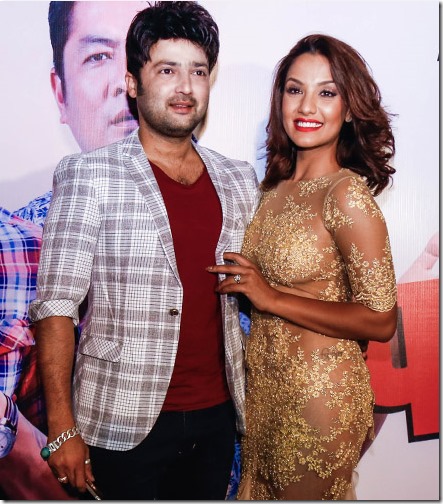