The actor, Rajesh Hamal is featured in a woman’s role in in his upcoming movie ‘Sakuntala’. In the movie, Rajesh is featured in woman’s appearance in the role of the the lead character. The action movie is told to be woman oriented movie.

Video report in the casting;

After the make up, the handsome actor had turned into a beautiful lady.

Rajesh Hamal had been himself in most of the movies and he didn’t like to do different characters. During his 20 years long career, the only time he was featured in different looks was in ‘Haat Lagyo Sunya’. The movie however didn’t do well in theater.

It is to be seen if the movie goers will like Rajesh’s different look. Although the concept looks good, it is all about the presentation and execution of the shooting.

The movie featured Anu Shah opposite to Rajesh Hamal. Anu is featured as a journalist in the movie and it is clear, she is not going to be the central character Shakuntala.

Read more about it in xnepali. 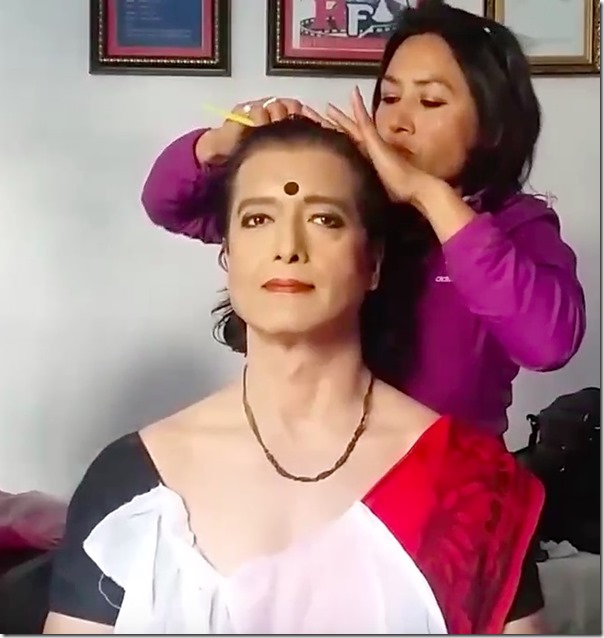