In a program organized in Tundikhel Open Theater in Kathmandu various women leaders in the upcoming election were present to tell why they need to be elected. Various leaders from different parties and independent candidates were present in the ceremony.

Actress Rekha Thapa was invited as a guest in the program. She went to the program accompanied by her mother Saraswoti Thapa. 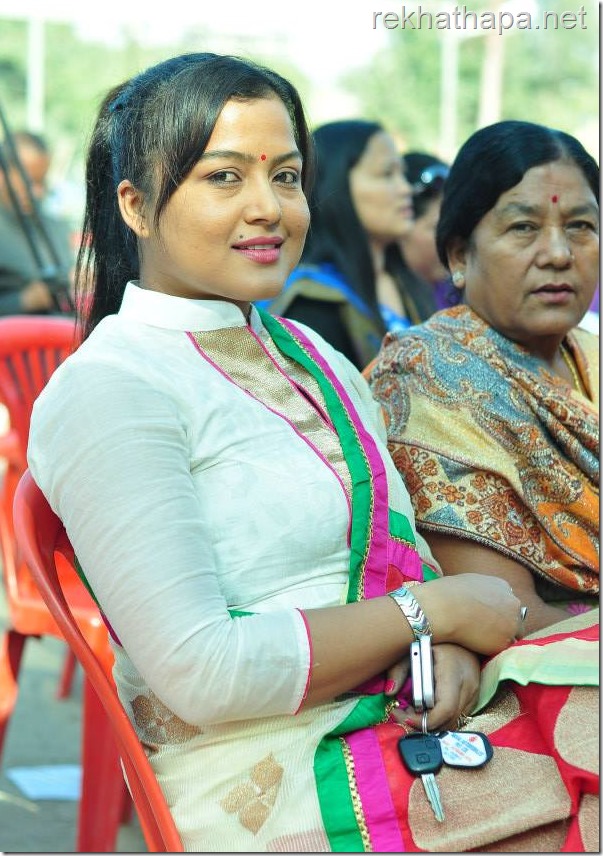 About 80 our of 101 female candidates in Kathmandu valley had attended the program organized by an independent women’s right activist.

Rekha has been active in politics after joining CPN (Maoist) earlier this year. Although the party had selected her to represent the party as a candidate in the election, she couldn’t participate because of a mistake in the voter’s list.

Rekha however has been actively participating in the promotion of CPM (Maoist) by attending election campaigns and being featuring in promotion videos.

Here are some photos from the event. 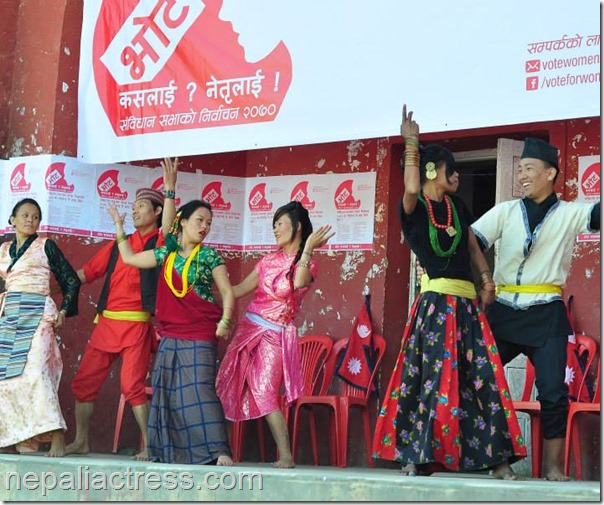 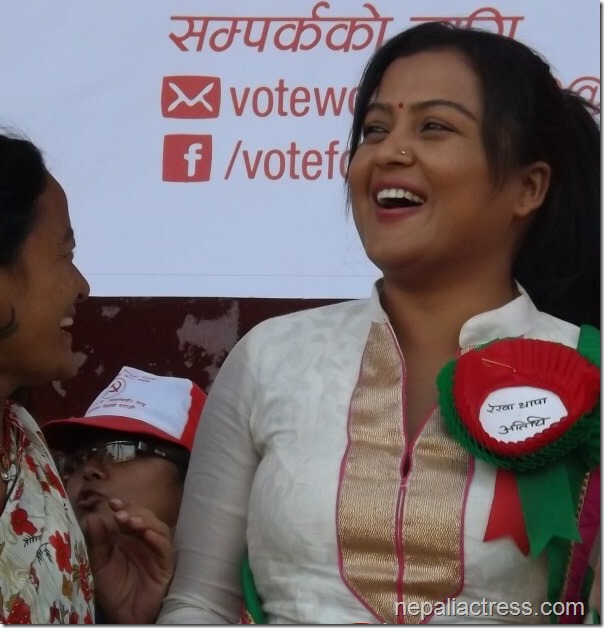 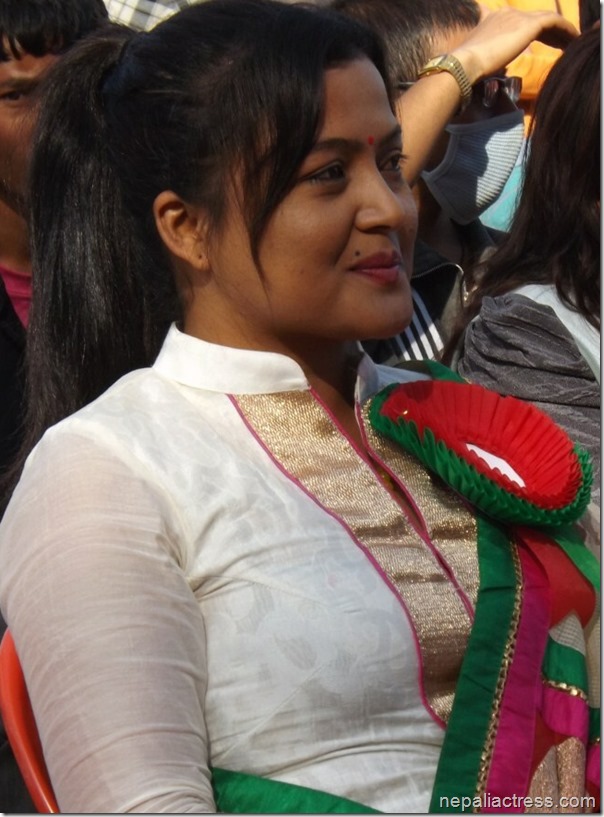 News cover of the event: 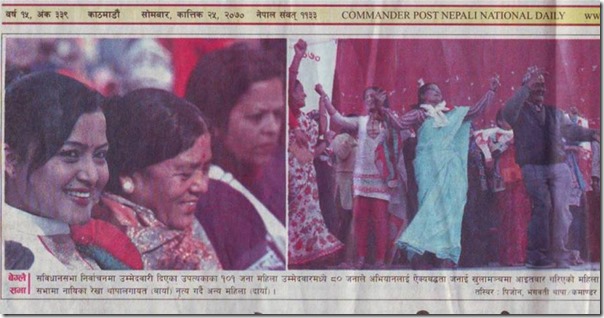