Yes, these scenes are NOT done for reel, they were the affection done for real. 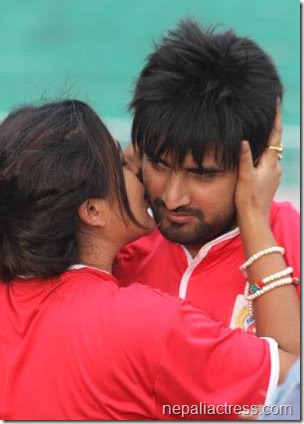 After actress Rekha Thapa and Jiwan Luitel had worked in ‘Andaaz’ they haven’t been seen together in another movie. Their dance in the popular song of the movie – Simple Simple Kanchi Ko Dimple… was also liked by the audience. This time, it is not the movie shot but a real life scene in which Rekha is seen kissing and cuddling the actor in public.

The incident happened during the practice football session in the stadium in Kathmandu. The reason for such a public affectation is not known. It is to be noted that Rekha has divorced last year and her ex-husband Chhabi Raj Ojha has started the shooting of his upcoming movie ‘Loafer’ without Rekha. 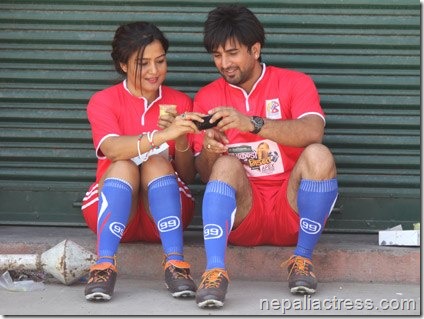 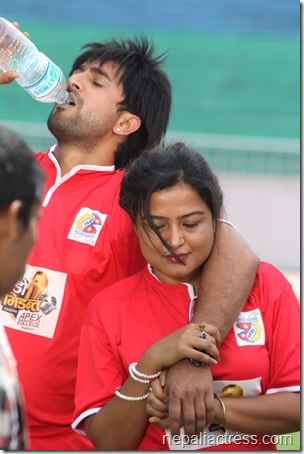 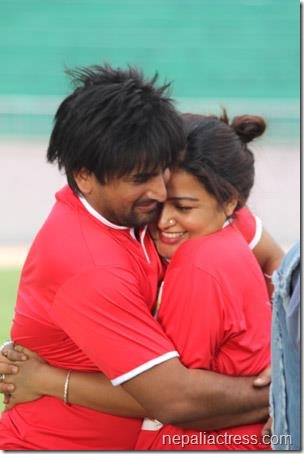 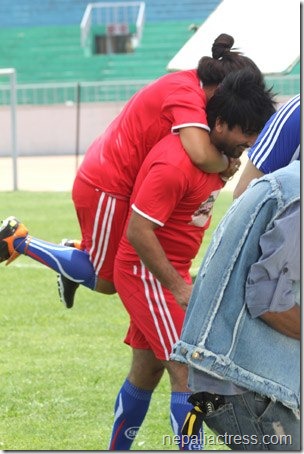 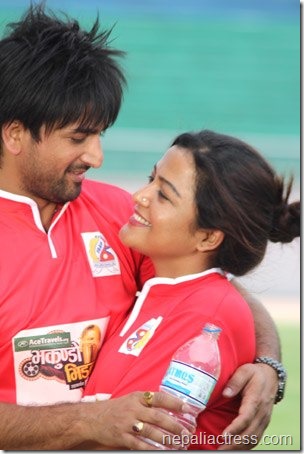 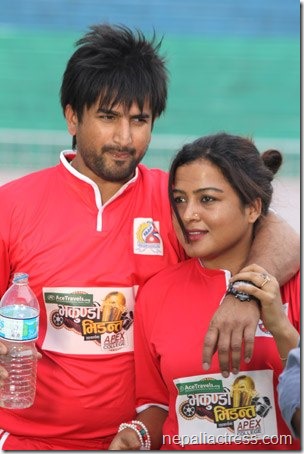