In a Facebook post, actress Rekha Thapa responds to the criticism she received on her latest fund raising to support Ganesh Bishowkarma’s family.

While she is promoting her movie by acting in a comedy serial ‘Meri Bassai’ she is also devoted in social works. 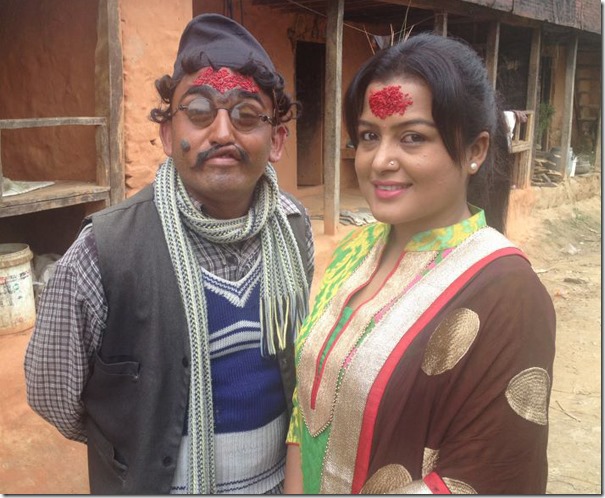 Some questions Rekha stated and answered are:

1. Rekha could have donated the money instead of asking others. 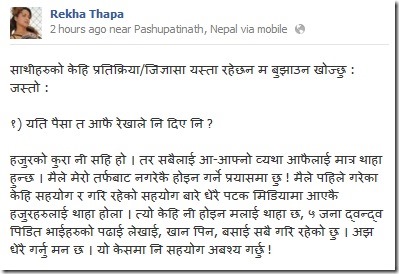 The second question is related to why Ganesh? Others die too but nobody raised funds to help them. 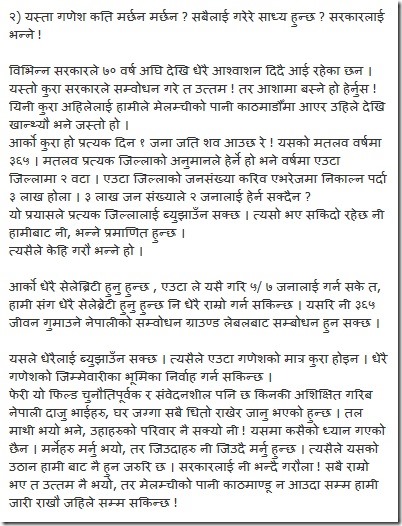 And, the third question Rekha answered is about the election and her participation in politics. Rekha tried to separate her social work and politics. 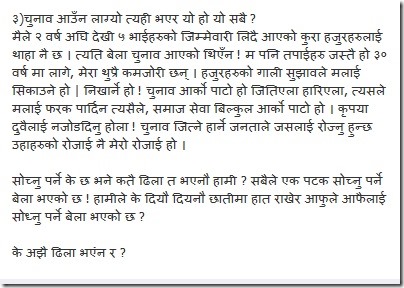