Nepali actress Rekha Thapa has started the dubbing of her her movie ‘Hamesha’ after returning from the month-long tour to the US.

The movie scheduled to release on April 12, 2013 is in its post production stage. The dubbing of other characters will commence after Rekha finishes her part. 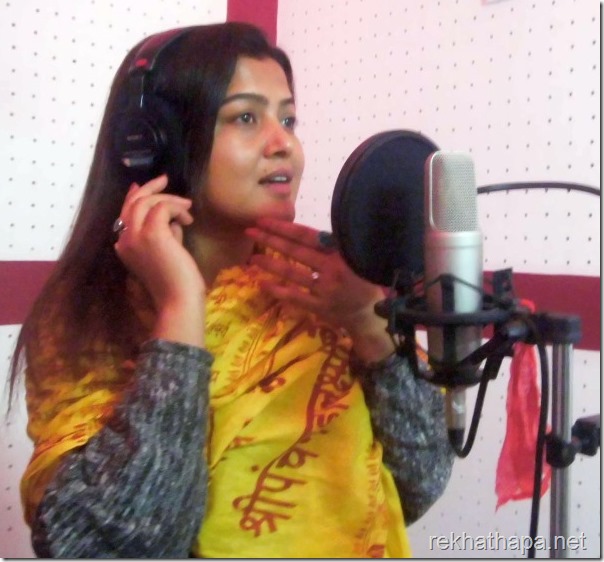 After Rekha and Chhabi Raj Ojha separated, ‘Hamesh’ is the first movie made under the new banner Chhabiraj Films jointly with Rekha Films. Although divorced, Rekha says that Chhabi is still her business partner.