The credibility of journalist Pakash Subedi is at stake as he had announced the engagement of actress Shilpa Pokharel with a NRN living in Norway, Binod Karki. He told the news as if it was a confirmed event and didn’t quote any sources or proof but, he had failed to call Shilpa herself to confirm the news.

When the film program ‘Chitrapat’ was aired in Nepal Television, Shilpa started receiving calls from her friends and families to ask about the engagement (Watch ‘Chitrapat’ in moivesnepal). Watch the full report on what has happened:

When a photo of Shilpa kissing Binot Karki on his cheeks surfaced in some online media, Shilpa wasn’t happy. She wrote that kissing somebody doesn’t mean that she is having affair with the guy, let alone engaged for marriage. It seems, the journalist Subedi forget the basics to call the actress before announcing the news. He could have asked and told about the rumor.

Now, as we don’t know who is right. What do you think? Do you think it was a mistake of Prakash Subedi or not.

Actress Shilpa Pokharel debuted as an actress in the hit movie ‘Lazza’. Her second movie ‘Hawaldar Suntali’ was also liked by the viewers. She did her third movie – produced by Karishma Manandhar – ‘Fagu’. The movie released recently didn’t attract viewers. Her fourth movie, ‘Kismat 2’ is undergoing post production works. 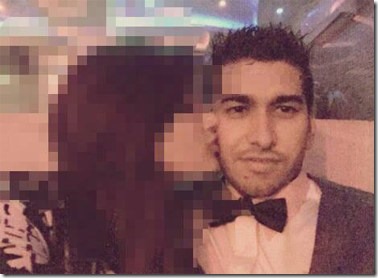 2 thoughts on “Shilpa Pokharel engagement rumor, was it fake ?”