Being fit is essential to artists. Gaining too much weight has caused problem to Chhabi Raj Ojha’s introduction actress Shilpa Pokharel. In a report, Chhabi has given a three-weeks long ultimatum to Shilpa to get rid of 7 kg of her body fat. Chhabi and Shilpa are preparing for ‘Kismat 2’. The movie is the third movie Shilpa is being featured in Chhabi camp. 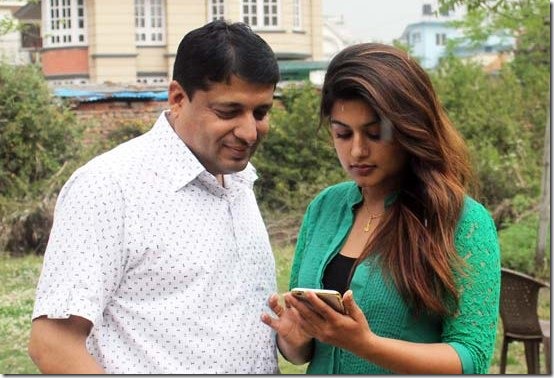 To get rid of extra weight, Shilpa has joined a fitness club. She is working out 5 hours a day (three hours in the morning and 2 hours in the evening). Chhabi reportedly had warned Shilpa that he will be forced to find another actress if she couldn’t get fit in time.

Rekha in the other hand seem to be in need of such ultimatum. In ‘Himmatwali’ Rekha looked excessively overweight for an actress and she hasn’t lost much weight in spite of work outs (see the following photo of Rekha taken during her Mumbai tour earlier in March 2015).

‘Kismat 2’ shooting is starting in three weeks. Shilpa is the leading actress and Shyam Bhattarai is directing the movie. Shilpa’s movie ‘Hawaldar Suntali’ is being released on this Friday.