After being widowed within a month of marriage, Sweta had been mourning for months. Because of the tension and shock, Sweta also had health problems. Currently in the USA, Sweta is undergoing physical and psychological treatment in addition to screening Shree Krishna Shrestha’s last movie ‘Kohinoor’. 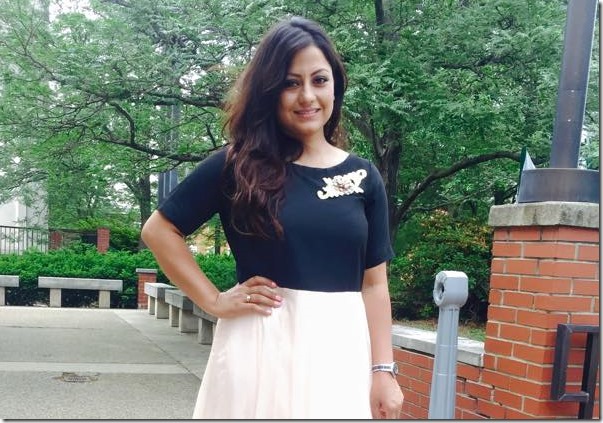 In USA, Sweta was shocked by the news of the earthquake in Nepal and death of thousands of people in a day. She could feel the pain felt by the relatives of the deceased people. Now, Sweta had realized that  the life goes on like that and have decided to live to help others.

In the July 4 message in Facebook, Sweta had told that she is returning back to Nepal. On July 6, Sweta shared a photo of her with Shree Krishna’s mother. 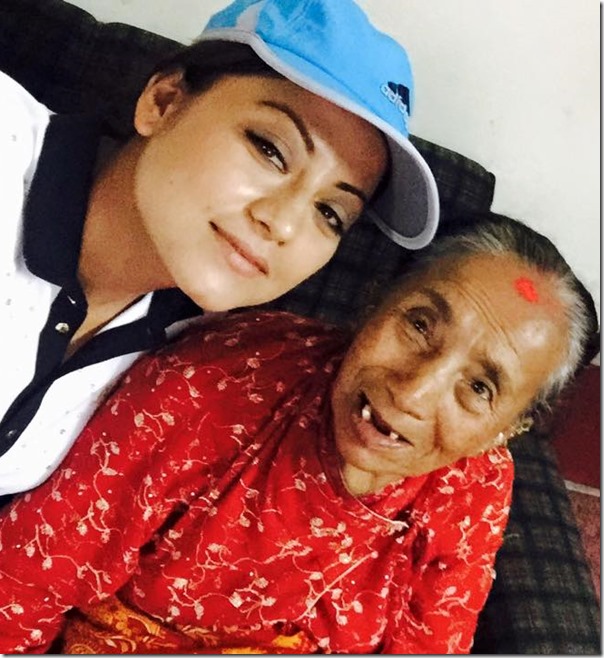 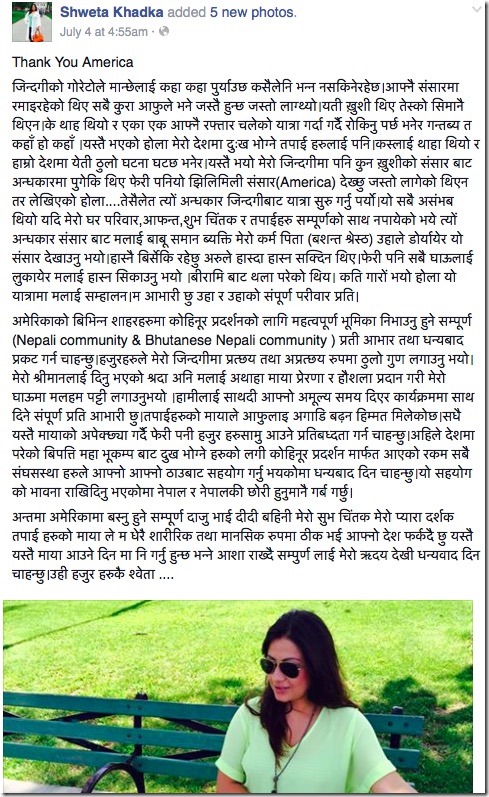 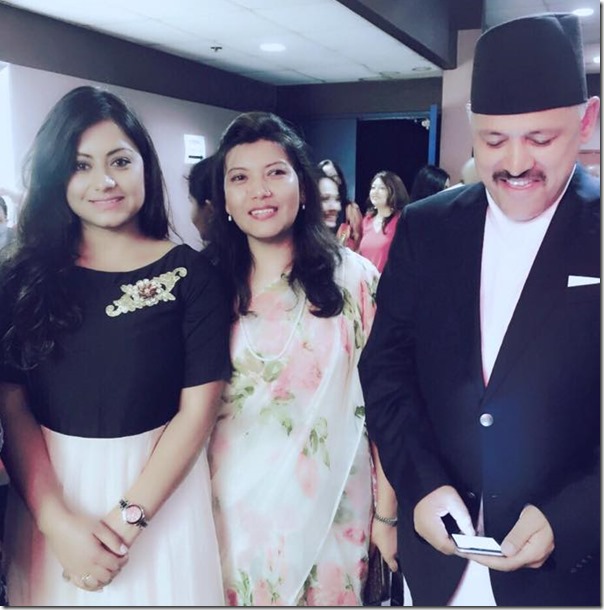 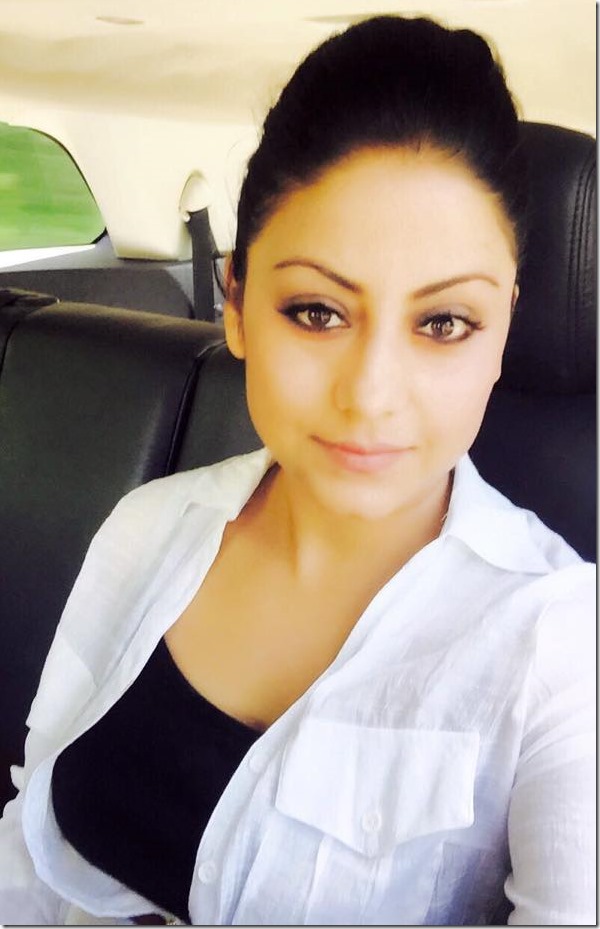