Suhana Thapa had announced the movie ‘Bhagawat Gita’ featuring her daughter Suhana Thapa in leading role. The shooting of the movie however has been halted because of the leading actor. They had been searching for the actor for a long time. In the beginning, she was to do the movie before the shooting of the movie ‘A Mero Hajur 4’. The movie was made and released – featuring Suhana and Anmol KC in leading role. That was the first time Anmol KC repeated his actress in two movies.

Jharana and Suhana had wanted Anmol KC to do the role in ‘Bhagawat Gita’. What happened is not known. When Anmol wasn’t willing to do the movie, the production team had reportedly approached a number of well known actors in the film industry. It seems none accepted the offer.

A teaser of the movie was released featuring Suhana and they had announced Baisakh 1, 2080 as the release date. The shooting of the movie was expected to start before Tihar. According to latest report, the start of the movie is still not decided by the production team. The producers have told that the election has adversely affected the start. It seems, they will start the shooting after the election.

In an interview, the director of the movie, Jharana Thapa has told that the search for was the leading actor has caused the delay in the start. When the well known actors refused to do the role, she has told that she is now looking for a new face.

A few days ago a religious group named Hindu Jagaran Nepal had lodged a complaint against the film production team at the Film Development Board about using the name a religious book as the title of the movie. They had demanded to review the story of the movie before approving the production. 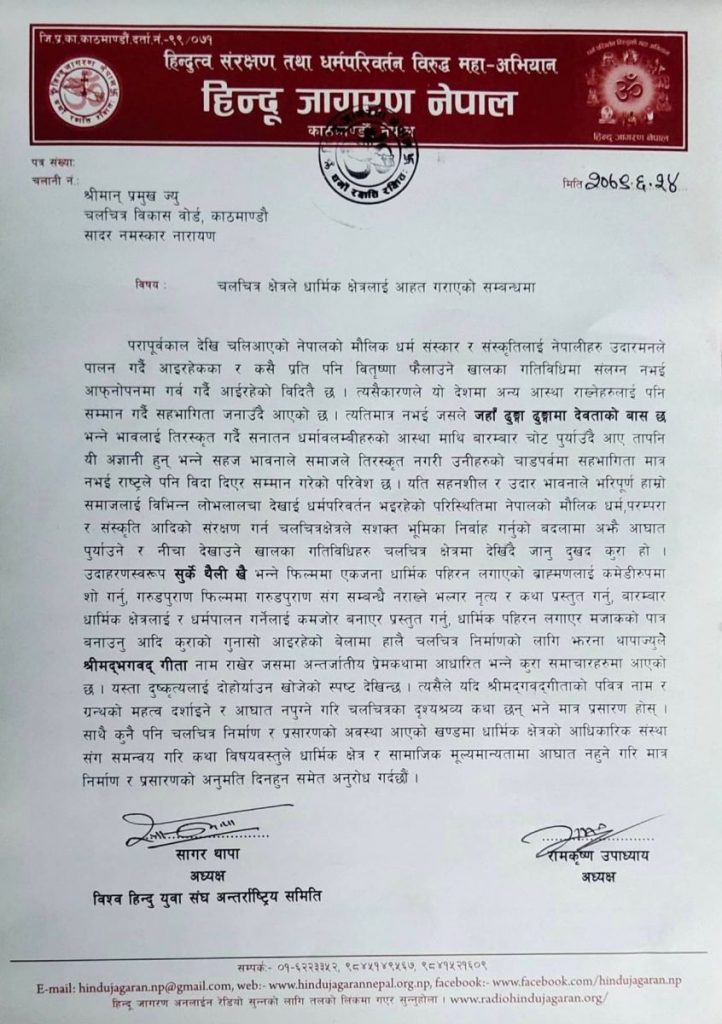 Although the letter and details seem genuine, some suspect the issue was staged to promote the movie. Jharana and her family are a religious family. They have been sharing their participation in functions in various places. It is not known if the organization that lodged the complaints has anything to do with the production team of Sunil Kumar Thapa, the father of Suhana.

At the time of the complaint, Jharana and her daughter Suhana had headed to USA to participate in a program there. The FDB chair, Bhuwan KC had also gone to the same program with his unmarried wife and actress Jiya KC. 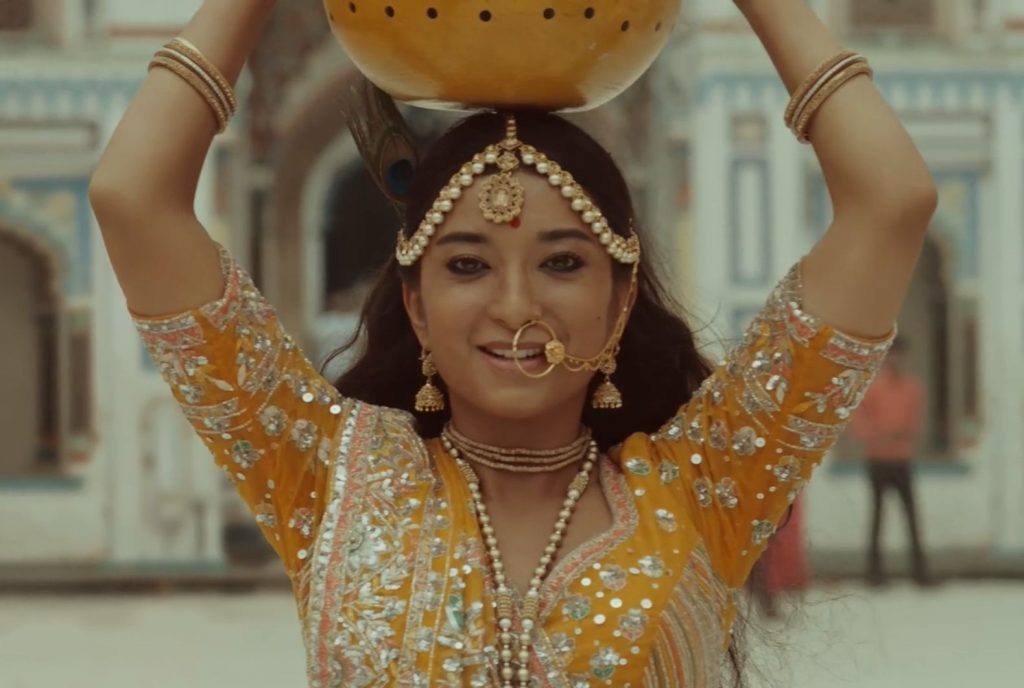 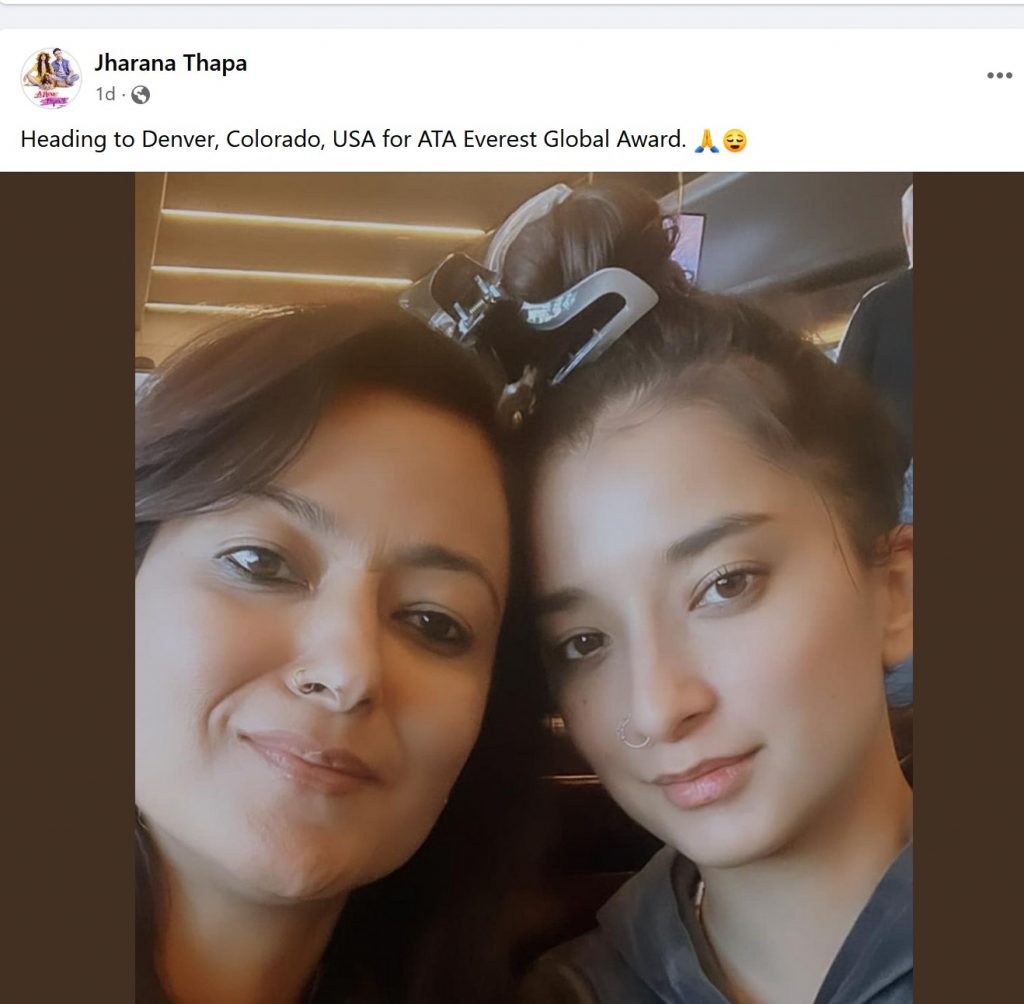 Photo – Screenshot of Jharana Thapa telling about her US visit on October 10, 2022 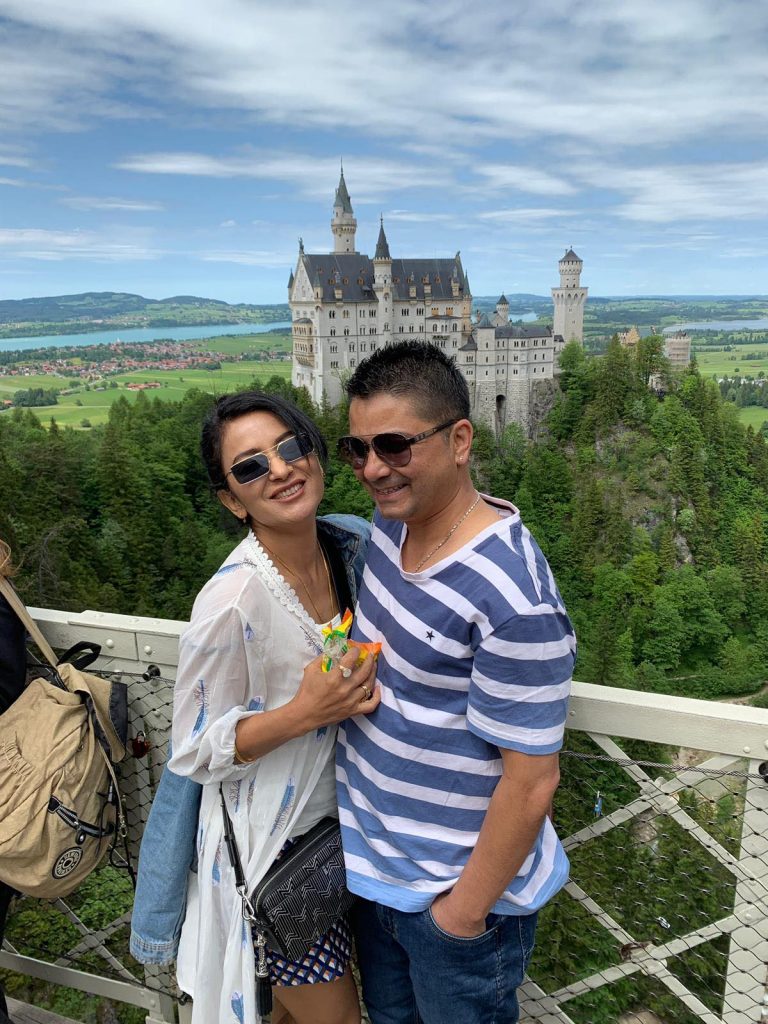 Photo – Suhana Thapa with her father Sunil Kumar Thapa, the producer of her movies 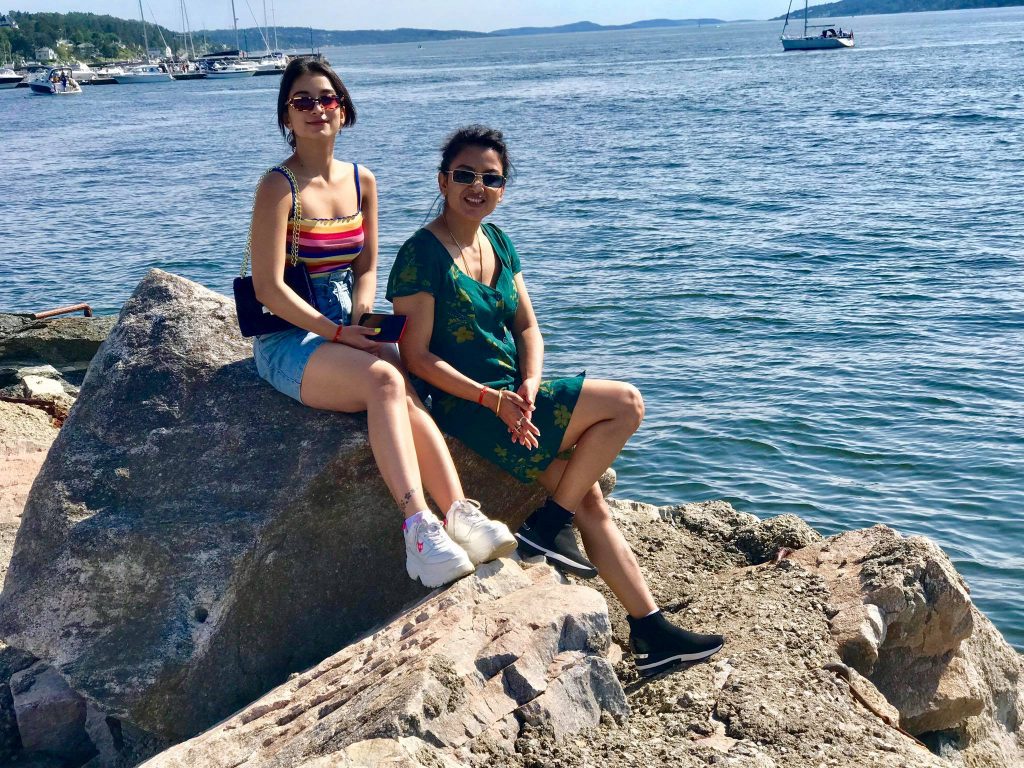 Photo – Suhana Thapa with her mother Jharana Thapa, the director of her movies.