Currently, they are visiting USA. One of the most interesting thing in their visit is their having fun with Bhuwan’s son and daughter from his first wife Vijaya Malla KC. The daughter Kajal KC is the name Bhuwan has used in his production company, Kajal Films. Kajal with Bibek KC and his wife took Bhuwan and Jiya in a golf course and they have shared photos and videos of the fun time they are having together in USA. 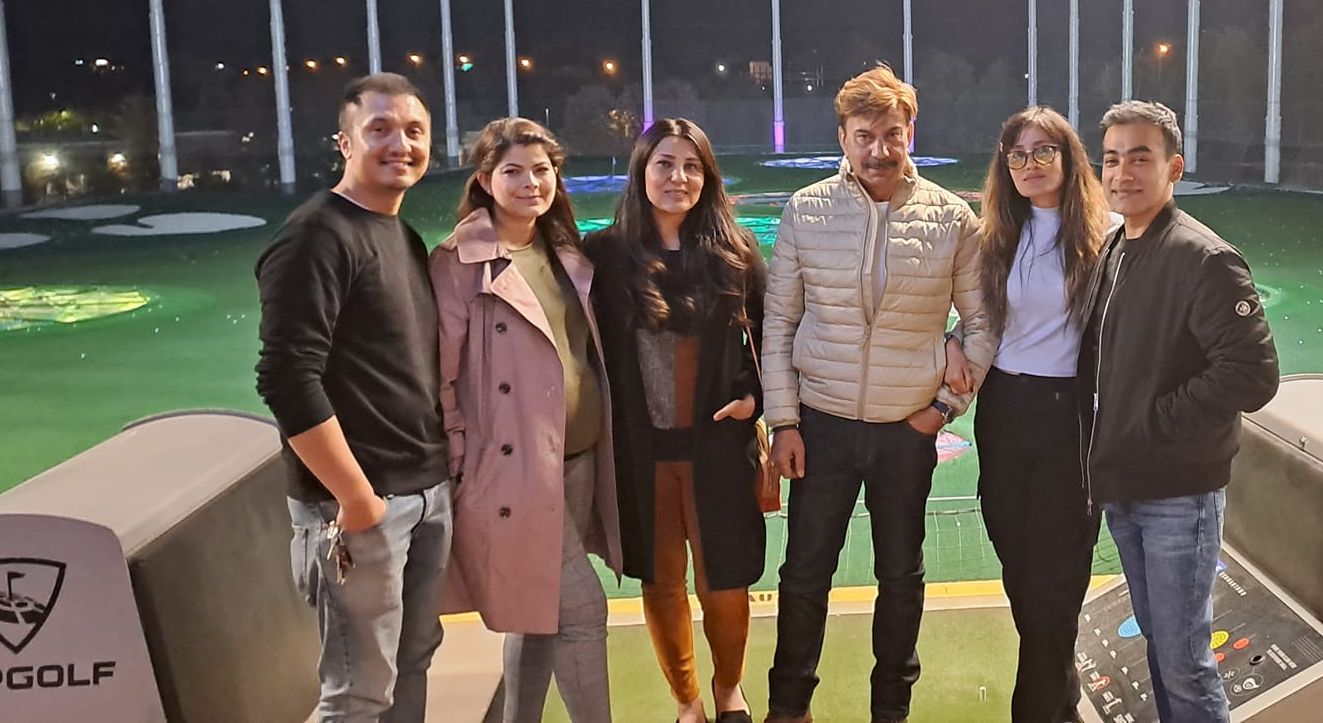 I wrote about how young Bhuwan’s to-be-wife Jiya is when compared to his own daughter.

Dates of Jiya was with Bhuwan KC
2012 – Jiya mentioned how much she liked Bhuwan KC. She talked about her fascination toward him. She even proposed Bhuwan to marry. There was a report he rejected the marriage proposal.
2013 – Bhuwan said, Jiya was the most beautiful actresses in Nepal
2014 – News of Jiya and Bhuwan Living together
2015 – Jiya KC was the line producer of ‘Dreams’, Bhuwan KC’s directorial debut. They were together in the shooting.
2016 – Jiya was with Bhuwan and his family in Dashain in all years after that.
2017 – Celebrated Holi together – Bhuwan’s ex-wife called Bhuwan “Sugar Daddy” in an angry reaction in social media. In November Jiya shared family photo with Bhuwan’s daughter Kajal KC., Bhuwan KC has confirmed that Jiya was helping him in the production of his film ‘Kri’
2018 – Bhuwan and Jiya KC went to UK together. They had a family meeting with Bhuwan’s children in UK.
2019 – Bhuwan and Jiya went to Japan together to participate in a film award ceremony.
2022 – They went to USA together to participate in another film award ceremony and Bhuwan announced “probable” marriage in an interview.

Apart from these timelines – Jiya and Bhuwan KC were together at various programs like screening of ‘Aishwarya’ and family gatherings in festivals and other programs.

Earlier, Jiya had talked about Pradeep Khadka’s movie in a case when Bhuwan was dragged into controversy: