After the release of her debut movie ‘Samaya’ Nepali actress Surabhi Bista has admitted that she is not satisfied by the acting she did. She told, if she had taken an acting training, she could have done it better. 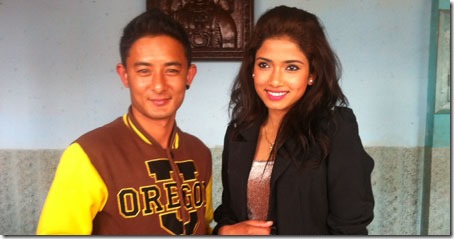 Although her friends and family have appreciated the acting she had done, she is planning to take an acting training before she does another movie. The actor opposite to Surabhi in the movie, Vicky Malla, has also told that he has found her shortcomings in acting and will improve them in other movies.

Vicky’s mother and one of the producers of the movie Mausami Malla said that she is satisfied by the acting of the newcomers. She told the movie has been successful in entertaining the audience and the viewers are increasing slowly.

Vicky and Surabhi are going to be seen again in an upcoming movie ‘Nagbeli’. In the movie, Surabhi is featured opposite of Dayahang Rai.