Now it is official, Nischal Basnet and Swastima Khadka are going to marry a few days after the Valentine Day. In a family event on December 14, 2015, Nischal and Swastima have engaged and announced the marriage date – February 17, 2016. The rumor of the marriage had surfaced in late October. But, both Swastima and Nischal denied the rumor at that time. 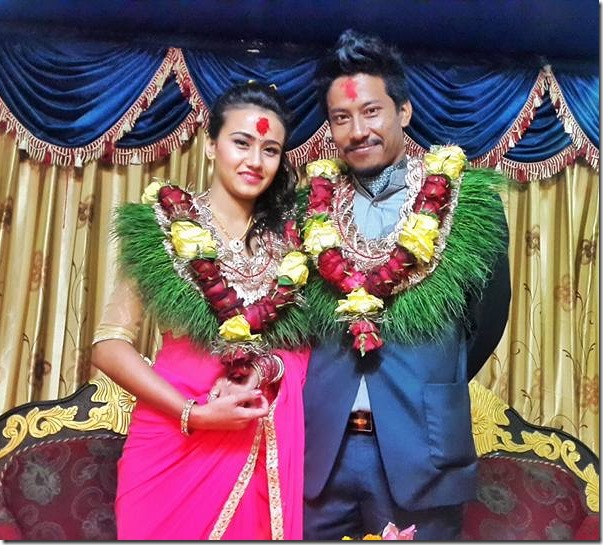 Nischal Basnet is an well known personality in the Nepali film industry. He is credited for the directing ‘Loot’ – the movie that relieved the Nepali film industry from a very long list of failure of Nepali movies. The movie proved that there was market for good movies in Nepali movie industry. After that he directed another hit movie ‘Talakjung VS Tulke’. In addition to directing movies, he has also acted in some hit movies like ‘Kabaddi’ and ‘Kabaddi Kabaddi’.

We hope the marriage between two artists in Nepali film industry will produce good products in the future. Congratulation Swastima and Nischal.