After living in the USA for more than two months for some secret mission, actress Rekha Thapa is returning back to Nepal today. She had announced her return a few days earlier. She has taken a flight to Kathmandu via Qatar from JFK Airport in USA today. On the last update on her Facebook profile, about 8 hours prior to writing this post, Rekha was waiting for the flight on the ‘premium business class lounge’ at the airport. 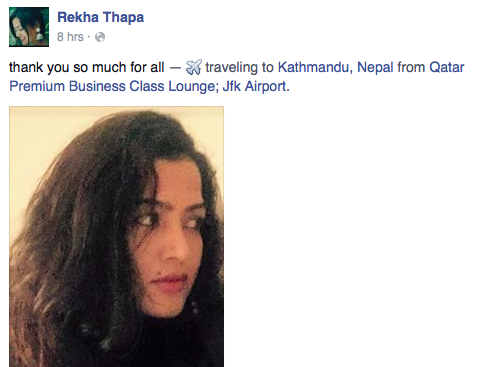 Rekha had gone to the USA to collect funds for the earthquake victims. It seems, she has collected a lot of money as she has chosen travel (and announce it publicly) in business class ticket to return back to Nepal.

Rekha had kept her US visit a secret until she started updating her Facebook status from New York on May 23. On May 14 she had shared photos of her visit to Arya Ghat. The only media reports informing her US visit were published after she had reached USA and stayed there for few  days.

It is clear that she had lived in the USA for more than two months. In that two months, there were no news of her participation in any public events. According to a report in xnepali, Rekha will tell all about her USA stay after returning back to Nepal. Let’s hope, Rekha will tell everything upon her arrival in Kathmandu airport. 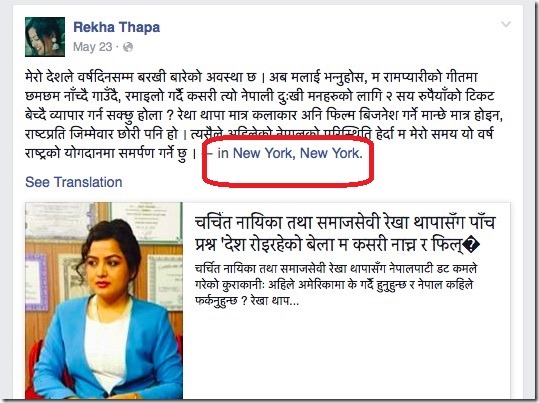 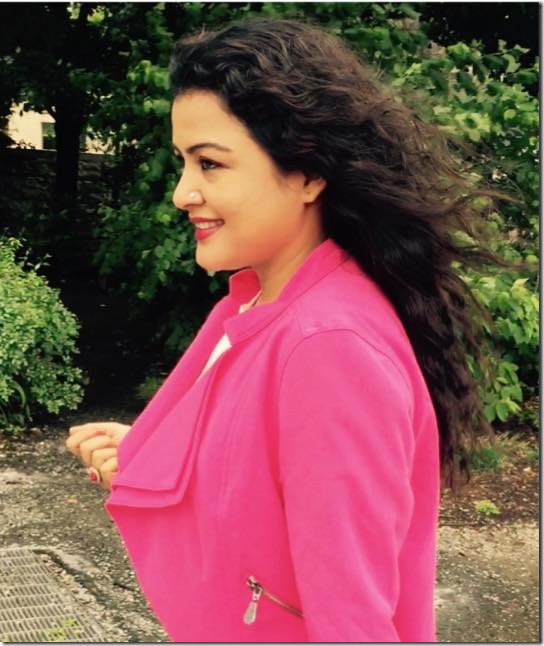