Nepali actress Priyanka Karki shared a photos of herself in her social media account holding the testicles of the statue of a Bull at the Wall Street in New York, USA. It might seem odd but, that is what everybody does when they visit Wall Street.

It is a usual practice to pose with the 3,200 kg charging bull located at the Wall Street. The statue of the bull is a representation of the American economic power and it’s aggressive economic growth. Apart from posing with the bull from the front, people also take photos of themselves holding the testicles. That was what Priyanka Karki was doing. Now, after people made fun of her, she has already deleted the photo. Here is a video report on the issue and why it was a perfectly normal thing for Priyanka to do:

A similar bull statue in Nepal, located at Pashupati also has a huge testicle sticking out of its back. As no camera is allowed inside Pashupati, nobody takes photos of the statue. 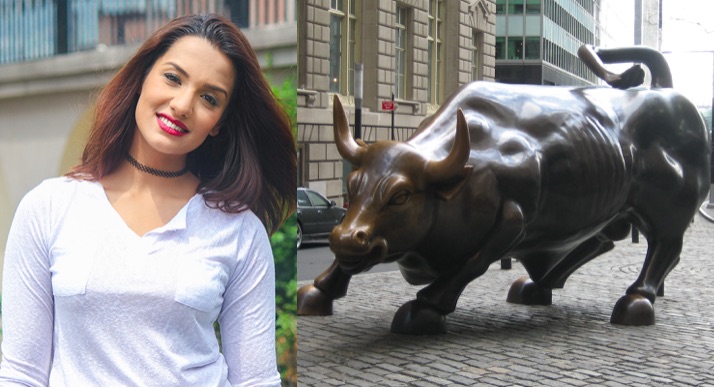