Nepal is currently going through tough time. Being landlocked between two countries and dependence on India for the things of daily needs have created a very tough situation to Nepal. Right after the finalization of the Constitution, India has blocked the border causing scarcity of vehicle fuel and other amenities of daily needs.

Actress Nandita KC has shared a photo of hers in front of a painting of Pritivi Narayan Shah and has appreciated Prithivi Narayan’s effort to unify the country. 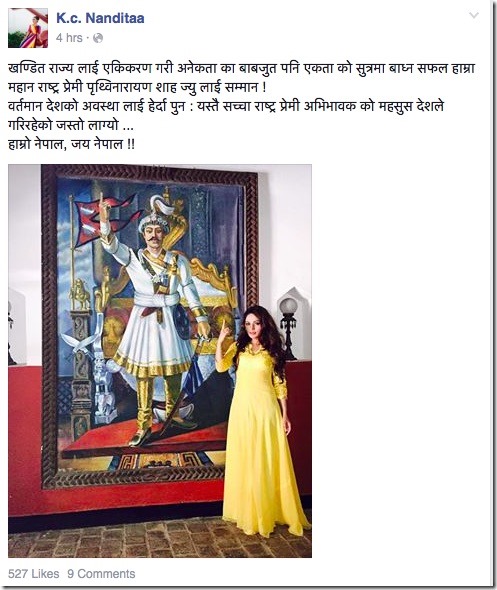 In protest to India’s interference into Nepal’s internal matters, the Indian films and TV channels have been banned in Nepal. As the Indian channel go offline, actress Neeta Dhungana expressed her satisfaction on the step by writing:

Actress Janwi Bohara has expressed that she feels proud to be Nepali and has asked India to back off from interfering the internal affairs of Nepal. 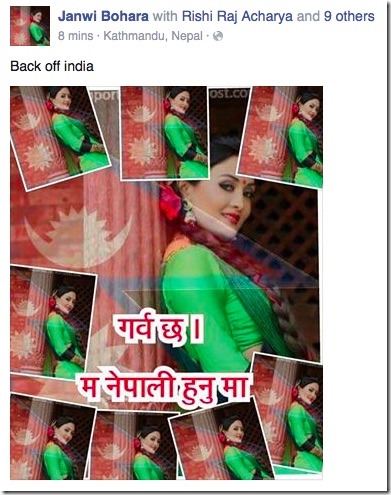 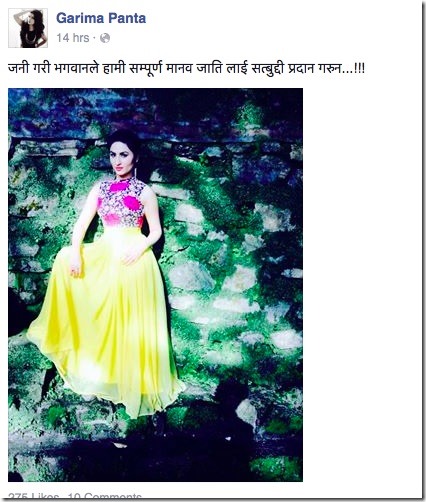 UPDATE:
Model Nagma Shrestha has written, “Rather than playing the blame game, we must further discuss positive actions and continue to create spaces for dialogue, discussion and mutual understanding.” Sh also hoped for a quick solution to the on-going situation in Nepal.

Actress Nisha Adhikari shared a photo from Bhadrakali and wished for the betterment of the country. Nisha was shooting in Bhadrakali. Nisha is going to Africa on Wednesday to climb Mount Kilimanjaro. 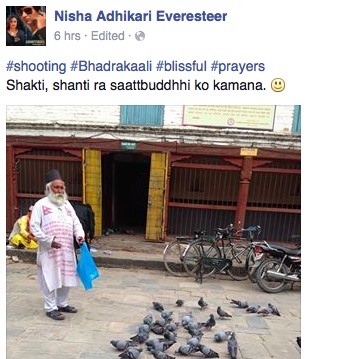 Malina Joshi says, “An eye for an eye can make the whole world blind”. 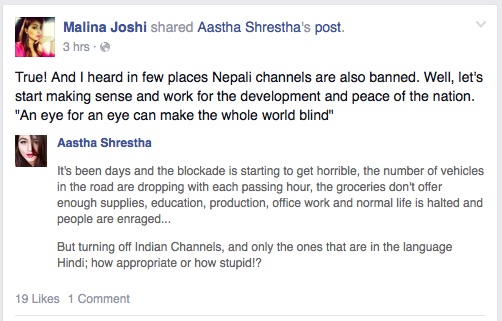 Actress Priyanka Karki shares a news on the condition of Nepal: 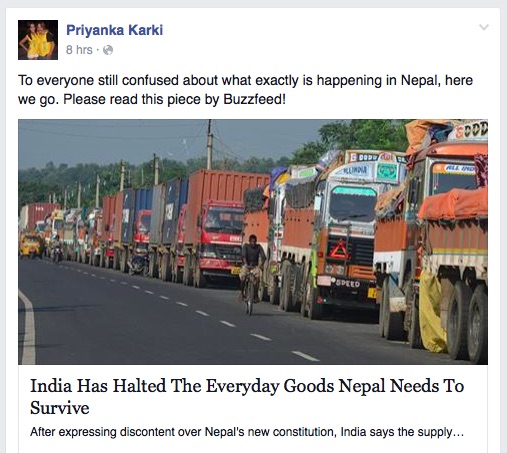 We expect more actress to talk about the situation. Stay tuned for the updates from other actresses of Nepali film industry. We will include all pro and con view on the current condition of the country.