In a friendly football match held in Kathmandu between a team of film artists and advertisement professionals team, film artists lost by 4 goals. Although the films artists were able to secure two goals, ad. professionals won by scoring four goals. 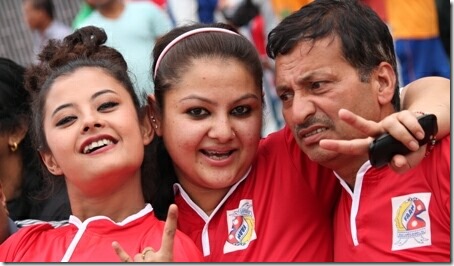 During the game, the stadium was full of spectators who had fun for the entire match. Although many were disappointed by the defeat of the artists’ team, the match was entertaining and fun. 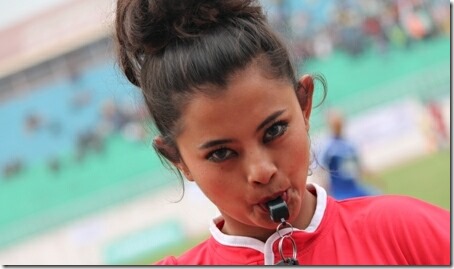 The artists’ team was wearing red dress and the ad team was wearing blue dress. The actresses who had participated in the match include Sushimta Karki, Deepa Shree Niraula, Poojana Pradhan, Garima Pant, Anu Shah, Nita Dhungana, Rekha Thapa, Jharana Thapa. Some of the actresses went to the ground and others supported the team although they didn’t participate in the actual game.