The Nepali actress Rekha Thapa was always been close to Unified CPN Maoist. Now, she has officially joined the party with an intention to participate in the upcoming election. 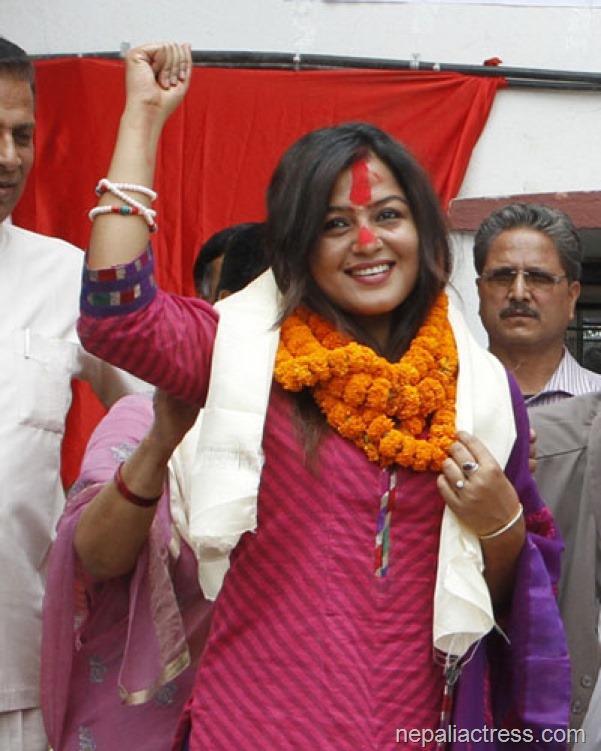 In the program held in the party office on Saturday, after joining the party she told that she likes the ideologies of the party and she wants to participate in politics actively in future.

Rekha Thapa’s close ties with the party was revealed when she was seen dancing with party Chairman Prachanda during a mass gathering against the government led by UML leader Madhav Kumar Nepal. She had also worked in the leading role in ‘Jaljala’ a movie made by leaders of the party. The movie was released earlier this year. She had also celebrated Bhai Tika with a leader of the party’s sister organization, Sagar.

A video of the talk by Rekha Thapa after joining the party:

A video of Rekha and Prachanda dancing during a protest: