We wrote about the hot bed scene Poojana Pradhan was featured in ‘Rakshya’. But, in a latest report, the bed scene is removed before presenting the movie to the censor board. 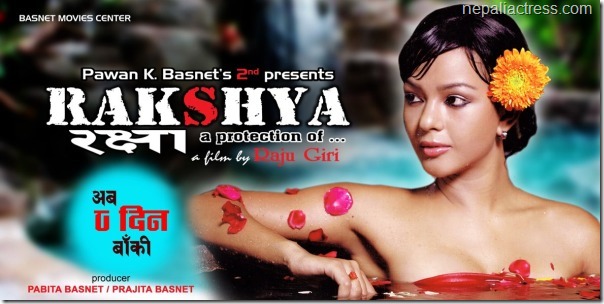 The censor board has reportedly asked the film makers to change the poster of the movie too. The poster featuring Poojana’s bare back was removed and new poster with dressed-up Poojana is designed.