Karishma debuted as a producer in ‘Dhuk Dhuki’. The movie was moderately successful although it wasn’t liked by the critics. At that time, she had also announced the production of another movie titled ‘Juneli’.  But, she produced another movie titled ‘Babu Saheb’ instead. The movie costing 7 million could only earn 1 million. The failure was a huge setback in Karishma’s acting career. She decided to quit acting and left country to live in the USA. After living for about six years in the USA, she returned back to Nepal and started acting again. The comeback wasn’t easy and the movies were not successful. She decided to try her luck in producing movie.

Karishma had initially announced the production of ‘Fagu’ in association with Uddav Poudel’s banner. She later decided to produce it on her own.

After the failure of ‘Fagu’, the actress Shilpa Pokharel has also tasted the failure after enjoying the success of two of her previous movies – ‘Lazza’ and ‘Hawaldar Suntali’. 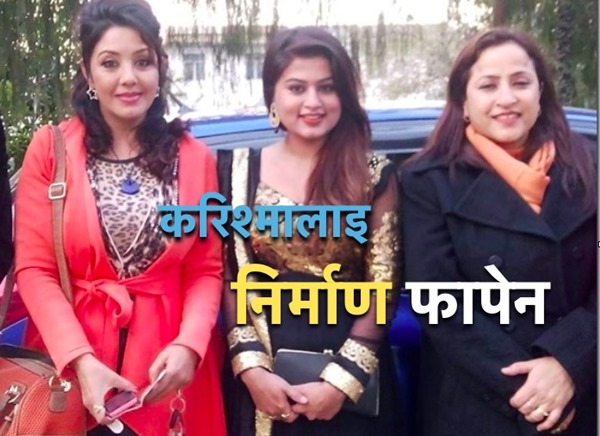