Actress Namrata Shrestha is creating a new scandal over the previous scandal, a decade ago. Right after the release of her second movie, a video was released online featuring Namrata Shrestha with a guy, DJ Tantrik in intimate acts. The video caused a lot of headlines and outcry.

Namrata went into hiding and she took a while to get over the scandal. Now, another issue is being raised over the same case. A writer has claimed that he has written a novel on the actress and will release in the Nepali New Year. But, actress Namrata has said that she hasn’t approved the novel and she is not interested in the book. Here is what Namrata has to say:

Previously, the writer had told that Namrata had agreed for the book and he had started writing after Namrata approved. Namrata has also admitted reading the draft of the book.

According to reports, Namrata wasn’t happy by the way the book was written and she didn’t want it to be published. Now, the writer has told that he will negotiate with the actress to publish the book.

A previous report about the book:

Will you read the book, if it were published? Please comment.

Shrestha began her film career in 2008, in a romantic comedy film “Sano Sansar”. Her second movie, “Mero Euta Saathi Cha” was released in 2009.

In 2010, Shrestha appeared in two movies. She had a cameo role in “First Love” and she also sponsored a short film for HIV Aids Awareness. In the year she also debuted in her first theater performance, Jalpari.

In 2013, she appeared in “Chhadke” directed by debutant Nigam Shrestha. In September 2013 “Maun” featuring Namrata in a deaf and mute character. She had to get a training of sign language to do the role.

In 2014, Shrestha was featured with Aaryan Sigdel in a blockbuster film “November Rain”.

In 2015, Shrestha produced a film “Soul Sister”. She also sang a song “Bistarai Bistarai” for the movie. Although the song was a hit, the film was a total failure.

In 2016, Shrestha starred in the movie “Classic”, again with Aryan Sigdel. She bagged almost all the awards of the year by the film. 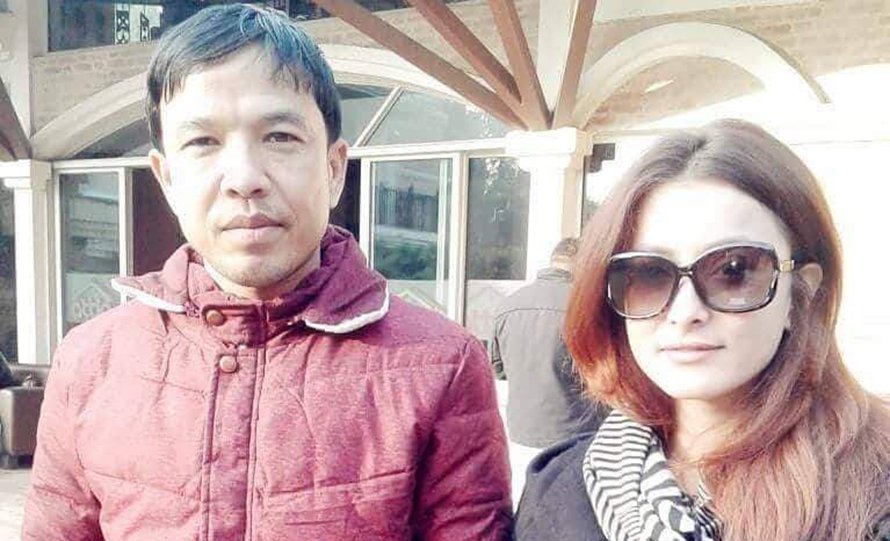 Namrata with the writer of the novel.