In movies, actress Karishma Manandhar is most liked with actor Rajesh Hamal. Now, they are trying to rule music video too. Music video director Prasanna Poudel has brought them together in a music video of singer Mandabi Tripathi. The song titled ‘Timi Ta mero Pran Hau’ is presented in a very romantic way. 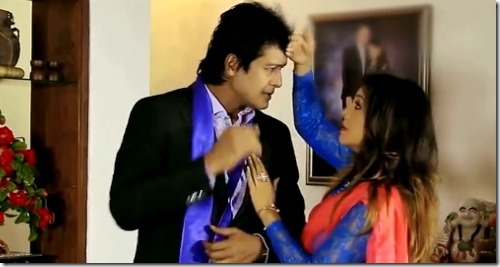 The video presents Rajesh and Karishma as husband and wife. The video is all about the expression of love between the two. The video is a part of a music album titled ‘Ushaka Kiran’ after the song writer Usha Kiran Shrestha.