Actress and producer Rekha Thapa bought a new car recently. After the success of her latest release, ‘Kali’ Rekha has decided to change her blue Hyundai Getz for a bright red Daihatsu Terios. After she bought the car for Rs. 43 lakh, she gifted her old one to her ex-husband Chhabi Raj Ojha.

Rekha has claimed that her movie has earned in excess of Rs. 1.5 crore. That means, she will get a good amount of profit after the theater deduction and the cost of production. The result is a relief in the time when almost all of the movie released had flopped in the year and the year before. 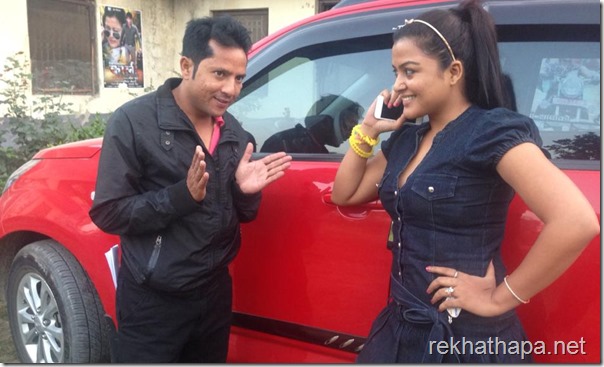 These photos of the two smiling in front of their newly acquired cars are borrowed from RekhaThapa.net. 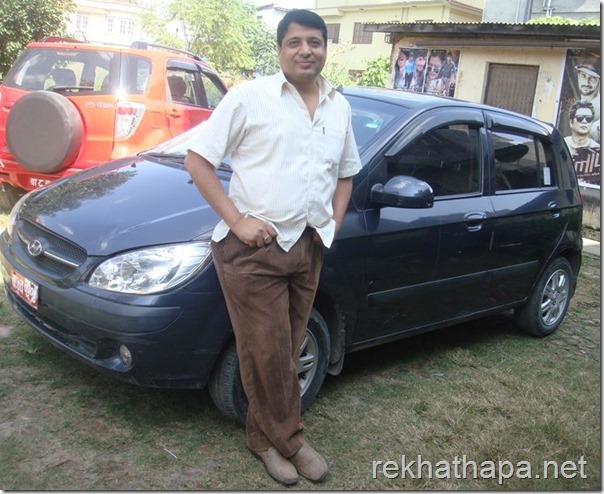