Nepali actress Laxmi Giri has told that she is sending female innerwear, panties, to the top four political leaders. Giri is angry that the political leaders have failed to draft the constitution for such a long time. She is planning to present panties decorated with glitters and glass beads.

In addition to sending the innerwear, Laxmi Giri, has also selected the song the leaders are supposed to dance wearing the panties. She has proposed the four political leaders dance on Hindi item song ‘Muni Badnam Hui’. 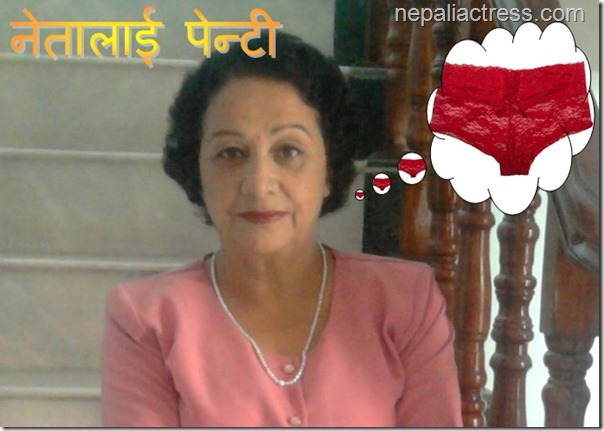