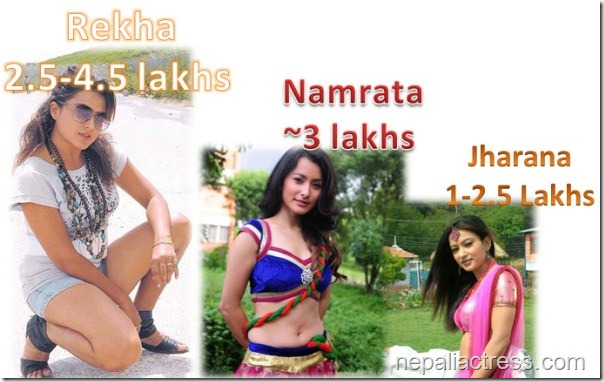 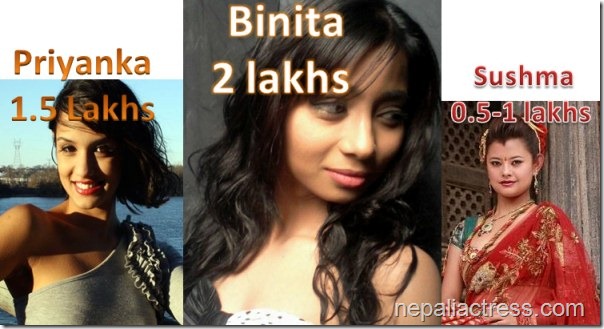 Note: These rates are speculative and might be far from reality. The artists prefer to keep their pay amount a secret so, these values shouldn’t be taken seriously. Please comment if you have something to say on the values.

A 2009 video on the rates of actors and actress in Nepali movie industry: (It is almost 4 years old video)