Nepali actress Jharana Bajracharya is one of the most beautiful actresses in Nepali movie industry. After winning the Miss Nepal 1997 title, Jharana got a break in the movie ‘Hatiyar’ in the same year. Although, she had been a good actress, she couldn’t see success in her acting career. Jharana was also featured in the 2004 Bollywood film ‘Love in Nepal’. After 2005 movie “Pheri Arko Saino” Jharana was virtually inactive for the next five years. When the 2010 comeback movie ‘Kohi Mero’ failed to embrace success, Jharana Bajracharya shied away from movie industry again. 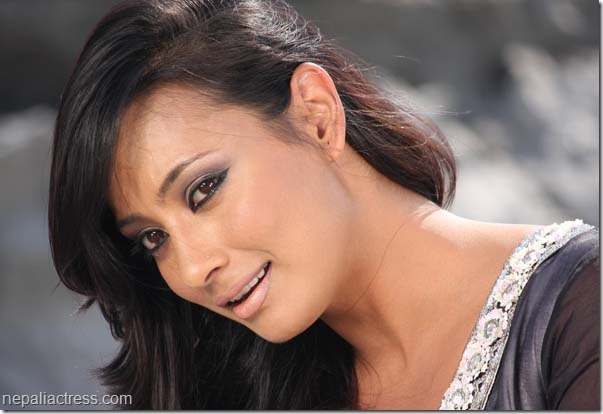 At the age of 16, Jharana won Miss Nepal 1997 contest. Jharana was the first Miss Nepal to represent Nepal to the Miss World beauty pageant.

Jharana started acting in 1997 release movie ‘Hatiyar’. After acting in a Hindi movie and some Nepali movies in 2004 she decided to take a break. Her comeback movie ‘Kohi Mero’ in 2010 wasn’t as successful as expected. After that, she did ‘Safe Landing’. The release date of the movie is not known. Jharana however eloped with one of the producers of the movie, Rahul Agarwal.

The movie ‘Safe Landing’ was released online in 2016. The movie was co-produced by her husband. Jharana had met and fallen in love with Rahul Agarwal in the shooting set of the movie.

Jharana started mediation training at Hotel Vajra in Kathmandu in 2013 (read a report in xnepali). After marrying a Malaysian, Rahul Agarwal, in March 2015 she is moving to Malaysia with her husband. There is a report that she has already started a training institute called Meditation Kuala Lumpur in Malaysia.