The news of the suicide of the 25-years-old Bollywood actress Jiah Khan came with shock to most of the Nepali actress. The actress best known for her Lolita character in ‘Nishabd’ opposite of Ambitah Bachchan, Jiya had recently moved to India from UK. She had also acted opposite to Aamir Khan in ‘Gajani’. 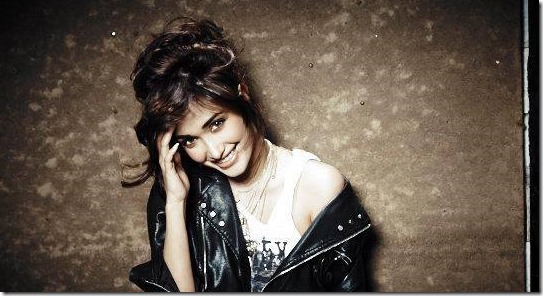 We will keep an eye on the Facebook pages of Nepali actresses to update with their expression in the next 24 hours.

The response of Nepali actress Priyanka Karki starts with ‘terrible’: 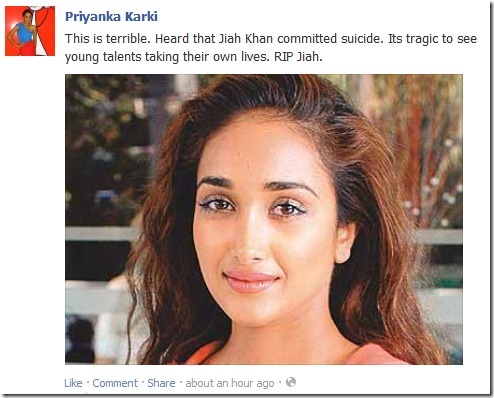 Actress Poojana Pradhan wished director Shiva Regmi a speedy recovery while expressing her sorrow on the news of the death of Jiah Khan. 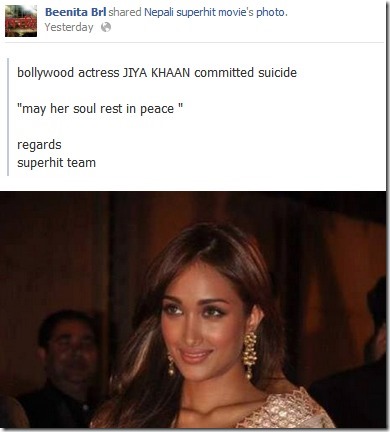 Nepali actor Raj Ballav Koirala states, “Most of the Actors around the globe have either a sad life, story or an ending. Some are exposed while some are not.” Raj sighs and wishes the deceased soul rest in peace.