Nepali actress Pooja Sharma is known for her angry remarks on her Social media account from time to time. A latest angry remark of the actress is targeted to a YouTuber. She has told that she is pissed off by one of the cover arts’ of a video by a YouTuber.

Who is Pooja Sharma?

Pooja debuted in Nepali film industry in Sudarshan Thapa’s film ‘Mahasush’. The movie didn’t do well in theatre. But, she continued to act in Thapa’s film until ‘Prem Geet’ became a hit film. After that, she has been successful in all of her movies.

It is interesting that Sudarshan Thapa and Pooja are working together in all of their films and they tell that they are “just friends”. More details about the actress is given in the following video.

Pooja’s last release was ‘Ram Kahani’. Before that she had produced and acted in ‘Ma yesto Geet Gauchhu’, the unofficial sequel of ‘Prem Geet’. After the success of ‘Prem Geet’ Sudarshan and Pooja team was not in good terms with the producer, Santosh Sen. Santosh Sen decided to do the sequel of the film featuring Pradeep Khadka with a new actress in ‘Prem Geet 2’. Both of the sequels of the movie – ‘Prem Geet 2’ and ‘Ma Yesto Geet Gauchhu’ were successful in the box office.

Pooja is known to get into controversies over a lot of different issues. She is known for her statements towards other film artists and film industry personalities. 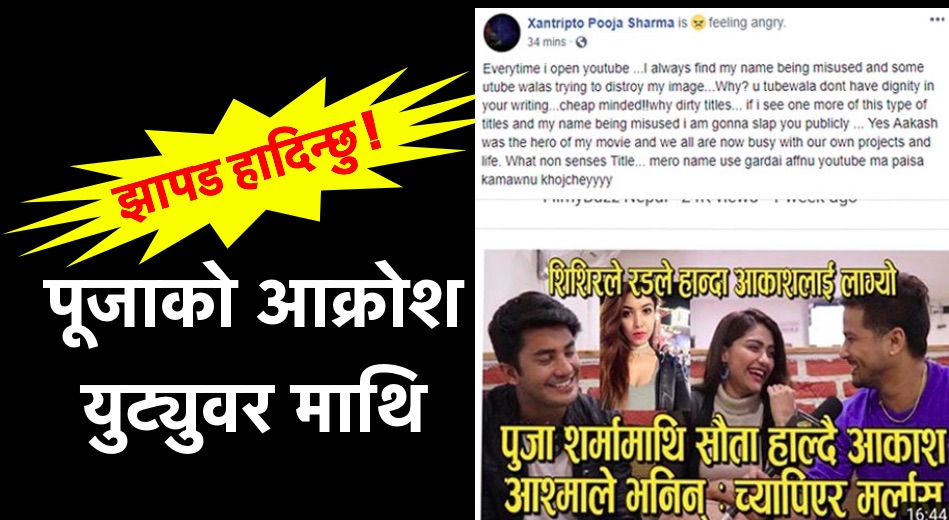