Let me be clear first – I don’t think it is bad idea to marry multiple times! Relationships should be easy and be mutually beneficial.

This post was started a year ago (on Mar 3, 2015), I am updating it after actress/model Simpal Khanal got married in February and actress Garima Pant married in January.

The traditional Nepali society of single marriage is changing for the better. Now, the marriage has become a more liberal union of a male and a female. It is good development. Questions are however raised when some woman ruthlessly steals the husband of an unsuspecting wife or vice  versa.

Video of 5 actresses who have married twice:

This post has details of few more actresses in addition to the five actresses mentioned in the video above.

The actresses listed below are either of: 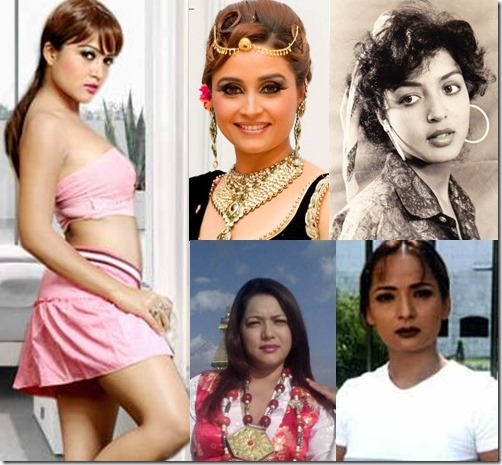 This is a post also about the actresses who prefer to be more independent and rebellious when being married is concerned.

The actresses I talk about in this article include:

Actress and model Simpal Khanal married for the second time this year, to a UK resident businessman, Nadeem. Simpal was previously married to music video director Prasanna Poudel and was divorced. Simapal’s new husband, Nadeem is also a previously married man with a toddler son from his other wife. It is not known if he has divorced the previous wife or not. 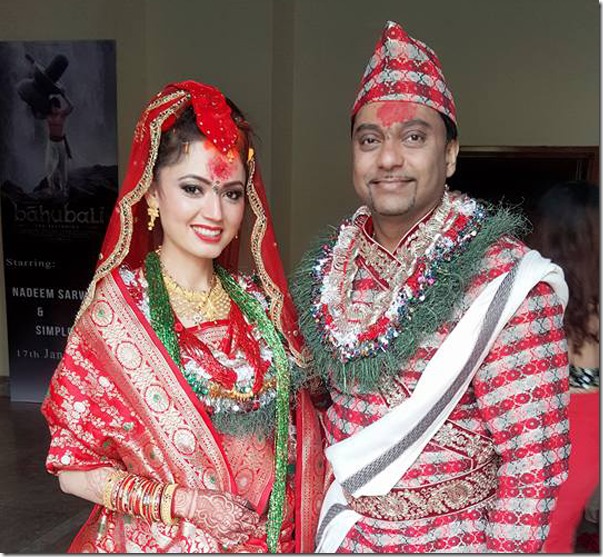 According to the information received, Nadeem’s wife Yasmin Sarwar is one of the influential woman in UK. She runs Cardiff Sixth Form College as the head, a school with a very good A level results (details about Yasmin here). 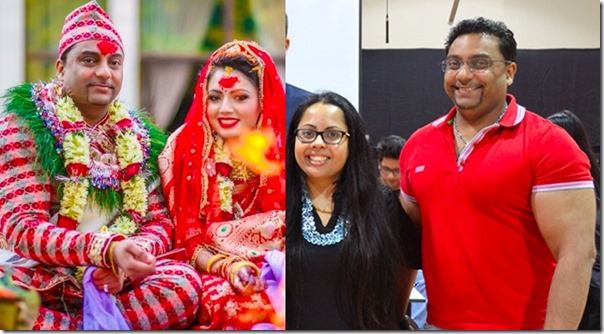 Actress Garima Pant marriage also came as a surprise. Although I had talked about the affair with Hari Sharma Thapaliya in Nepaliactress, the marriage and partnership in business was unexpected.

As a new actress, Rekha Thapa, debuted in Chhabi Raj Ojha’s film ‘Hero’ and ended up marrying Chhabi. It was Chhabi’s third marriage. Now Rekha and Chhabi have divorced. Chhabi is reportedly having an affair with his new introduction in the industry, Shilpa Pokharel. If Chhabi marries Shilpa, she would be his fourth wife. Chhabi divorced two of his wives and the other (Gitanjali) committed suicide.

Rekha Thapa was also having an affair with previously married Sudarshan Gautam (at the time of this writing in 2015). Rekha had introduced the amputee Sudarshan in her film ‘Himmatwali’ as an actor. Sudarshan divorced his wife, Ambika Hamal, and the affair with Rekha also ended as soon as the movie ‘Himmatwali’ was released.

[Read the biography of Rekha Thapa] 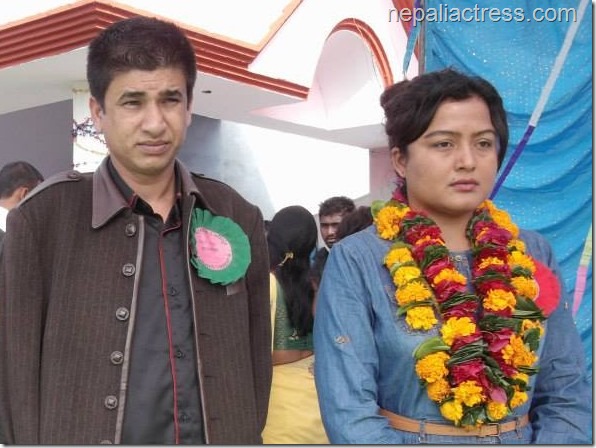 Sushmita Bomjom married the so-called playboy of Nepali film industry, Bhuwan KC as his second wife. Bhuwan’s previous wife, a journalist of Nepal Television, Bijaya KC had left Bhuwan and relocated to the USA. Now, Sushmita KC and Bhuwan have also divorced and they both are single.

Bhuwan is having an affair with another actress Jiya KC and are reportedly living together in Bhuwan’s home.

Sushmita in the other hand is reportedly having an affair with an Indian businessman. There are reports that they are planning to get married soon.

The son of Bhuwan and Sushmita, Anmol KC, is the new sensation in the Nepali film industry. All threen movies featuring Anmol KC in leading role were successful. Anmol’s next movie ‘Gajalu’ is also ready to release. Sushmita has also registered a film production company under Anmol’s name and has produced ‘Ma Timrai Hoon’, scheduled to release on July 22, 2016. 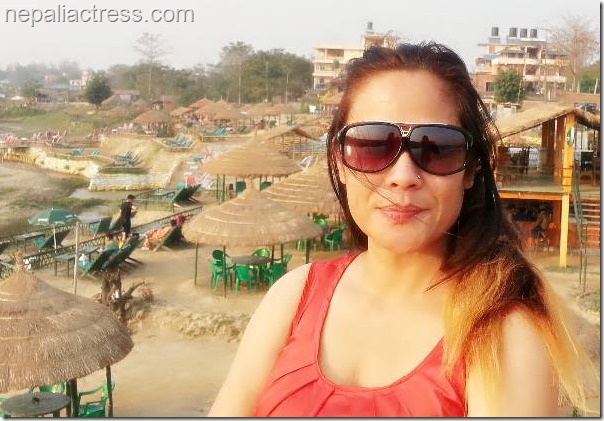 Actress Sanchita Luitel fell in love and got married to actor Aakash Shah. The relationship didn’t last more than a year and a half before she divorced him. While working together in films she fell for actor Nikhil Upreti. Nikhil was a married man who had married Kopila Upreti after an extensive affair and they had a little son.

[Read the biography of Sanchita Luitel.] 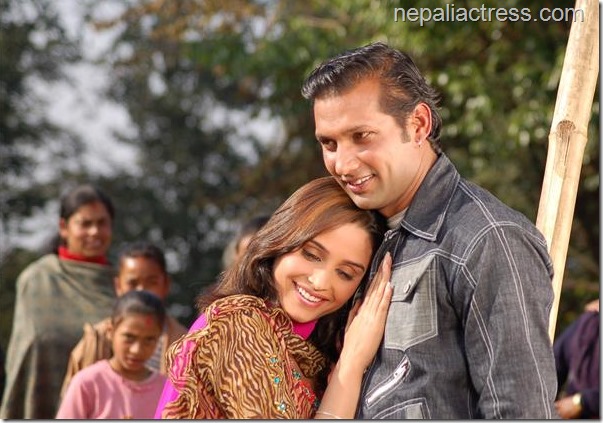 Another actress who has married a previously married man is Saujanya Subba. A previously married and divorced actress Saujanya was having an affair with producer and actor Rose Rana. When things didn’t go well with the two, Rose threatened to release a sex video of Saujanaya. That was when her lover Bhupen Chand came to rescue her and took Rose to the police station.

There are rumors that Saujanay and Bhupen have married and are going to live in the USA. Bhupen is yet to divorce his previous wife. 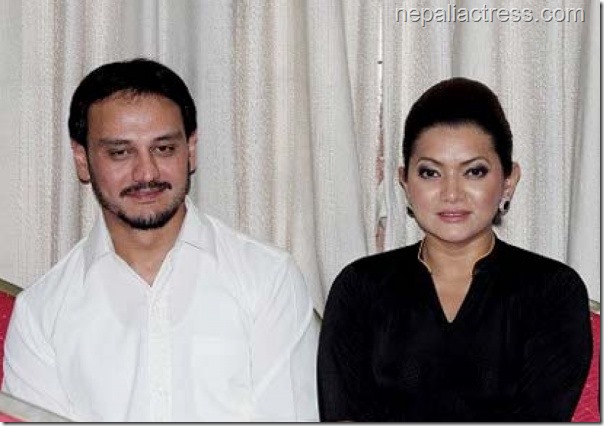 The actress popularly known as Pooja Chand is called Pooja R Lama. Pooja Pariyar married Suraj Chand and renamed herself to Pooja Chand. She used the last name even after she divorced Suraj and started living in the USA with her daughter. Pooja lived together with the singer and guitarist of The Angels musical band, Raju Lama, since 2011 before she finally got married in 2014. 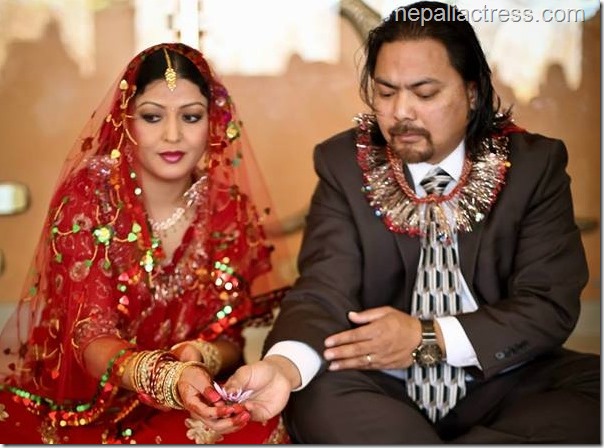 Actress Saranga Shrestha left the Nepali film industry to live with her husband in the USA. When the marriage went sour, Saranga divorced and lived alone for a while. She later found Ramesh Karki to get married. Saranga and Ramesh married in 2013 and Saranga gave birth to a daughter.