Actress Pooja Sharma raised in popularity after the success of ‘Prem Geet’. After that, she stole the limelights by wearing provocative and revealing clothes in public function. She also posed in bikini in her Thailand tour. She also created some controversy online and created an image of self-centered actress.

These days, everybody is taking her interviews. Critics have told that the flood of interviews are too much focus on the actress. Is it good or bad? What do you think? Please comment.

I am presenting some of the interviews of Pooja Sharma in the last six months:

An interview by FilmyKhabar talking about bikini avatar

An interview by Onlinekhabar:

An interview by forsee network

The producer of ‘Prem Geet’ however is producing another movie titled ‘Prem Geet 2’ featuring the actor of the movie and a new actress Aslesha Thakuri. 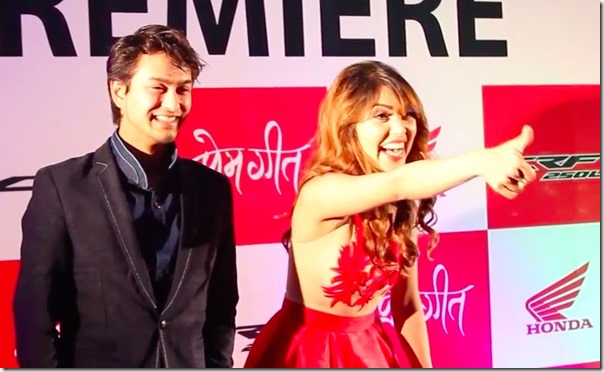