Premier shows of the movie ‘Nai Nabhannu La 3’ were held recently in Australia with the actress Priyanka Karki. It was a short tour of Priyanka – only 4-days long. In the tour she participated in two premier shows and spent two days each in Melbourne and Sydney. We wrote about the visit in our previous post. This is the update of the events in the two cities. 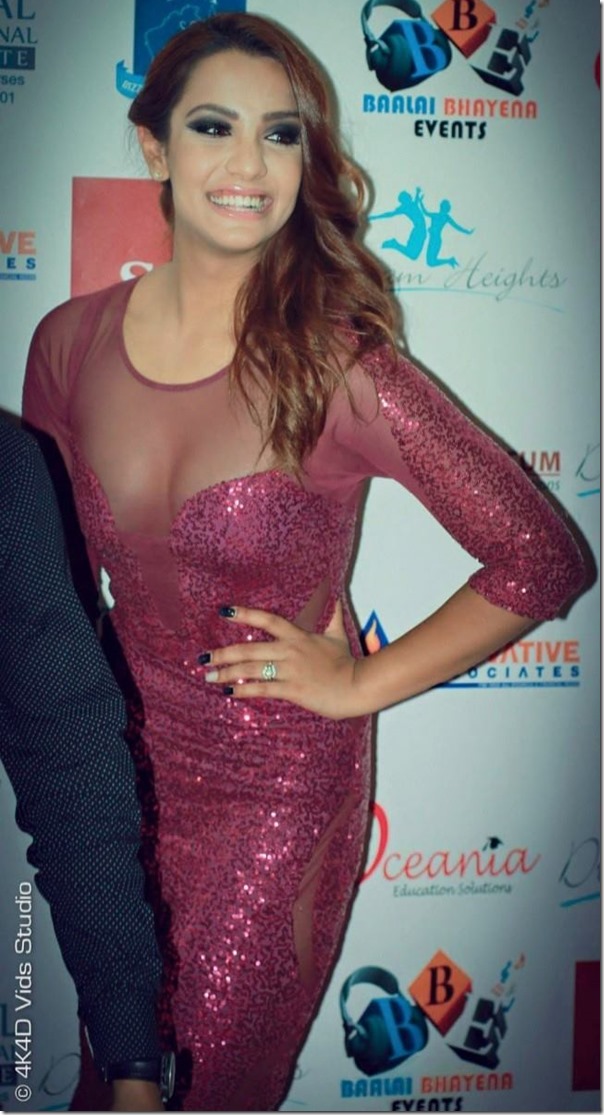 In addition to the movie, the fashion of the actress Priyanka Karki was also appreciated during the shows. Here are some of the photo of the glamorous poses of Priyanka during the event. 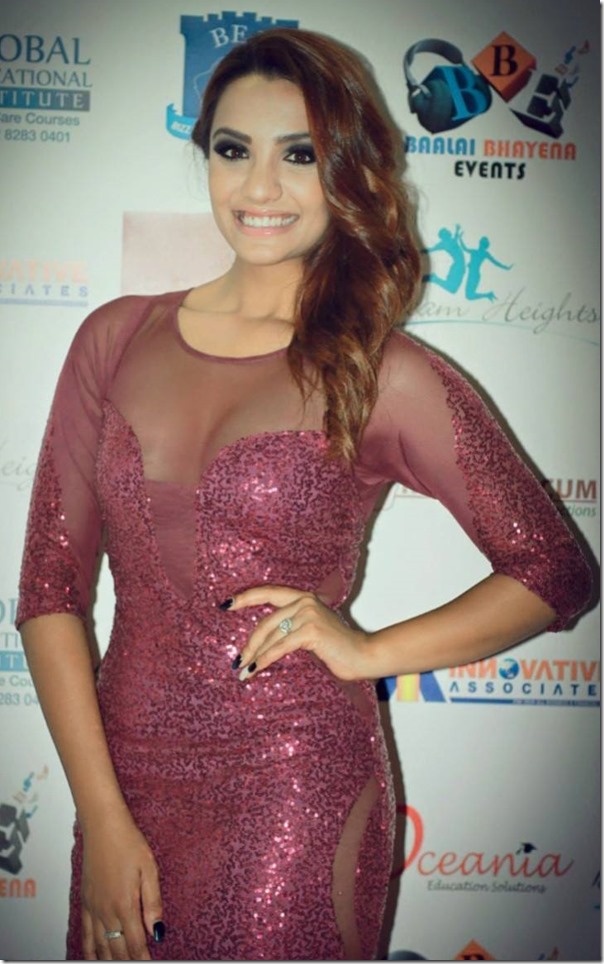 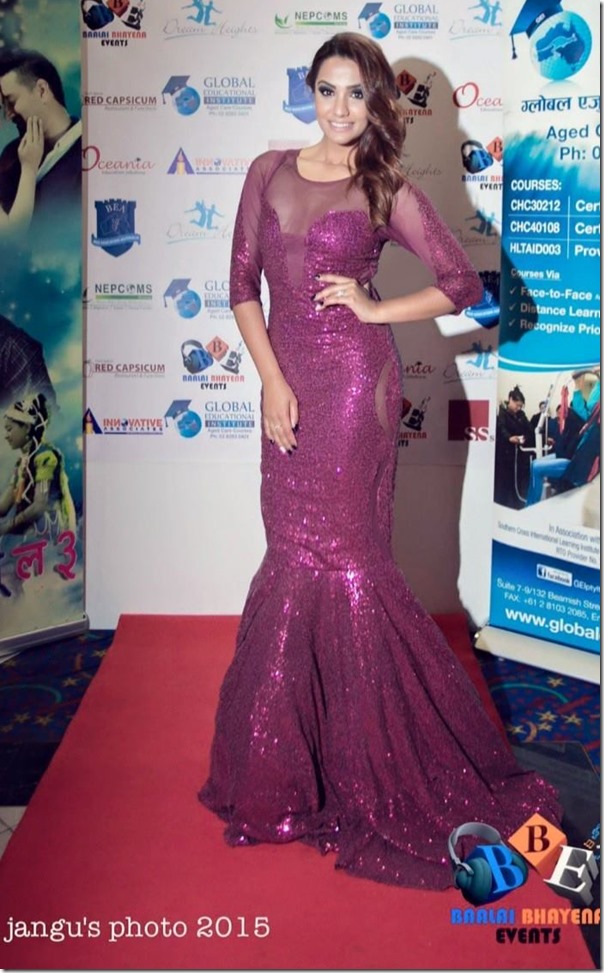 The dress of Priyanka were designed by Suvekshya Bhadela and Sayal Shrestha. The skin hugging purple gown in the Sydney, Australia premier was revealing and sexy. 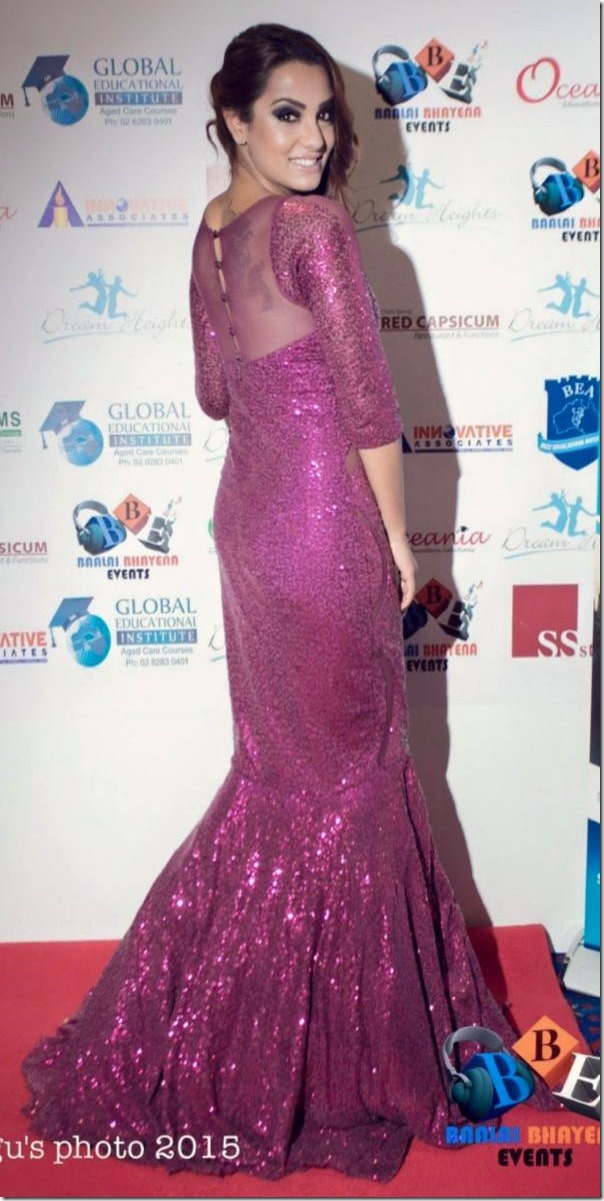 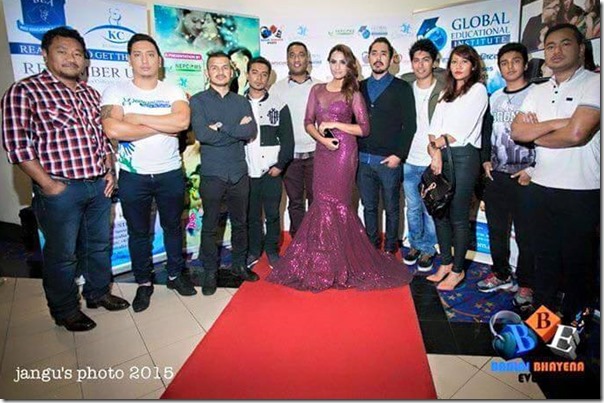 A day after returning back from Australia, Priyanka has left for Doha, Qatar on April 16, 2015, to participate in a new year program.