After the release of Priyanka Karki‘s latest release ‘Mala’ she received mixed reaction on her role. She was asked about her not-so-glamorous role in the movie. In most part of the movie Priyanka is features as a ghost, plain and simple. The viewers had asked if she wasn’t afraid of the negative impact to her glamorous image. Some even told her that actresses should look sexy and beautiful and shouldn’t act in the roles like that in ‘Mala’. Some even told her that it was the biggest career mistake of Priyanka. 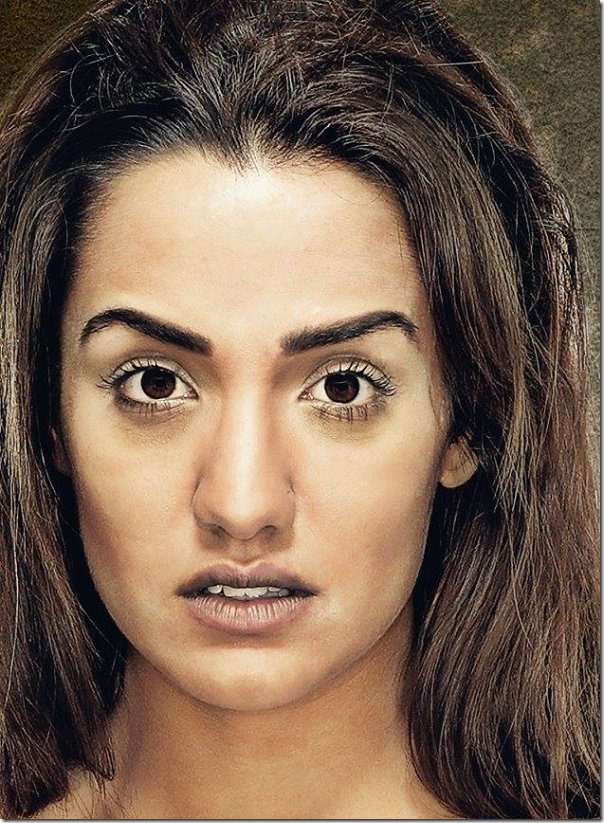 In response to such comments and suggestions, Priyanka has written a long post in her Facebook profile. To summarize her statement:

… I love taking on these challenges. I love stepping out of my comfort box and doing something edgy, surprising and unfashionable…

Priyanka says, "A heroine can only play a beautiful woman." But, she preferred to call herself an actor and actors should play any role. She wanted to play every type of roles including that of "a psychopath, a handicapped character, a warrior, a fighter, a ghost" and adds that the list can go on forever.

She thanked the makers of the movie for offering the challenging role and she is happy by the response of the viewers. Priyanka says that she has tried to become the closest version of the Mala the director had imagined. 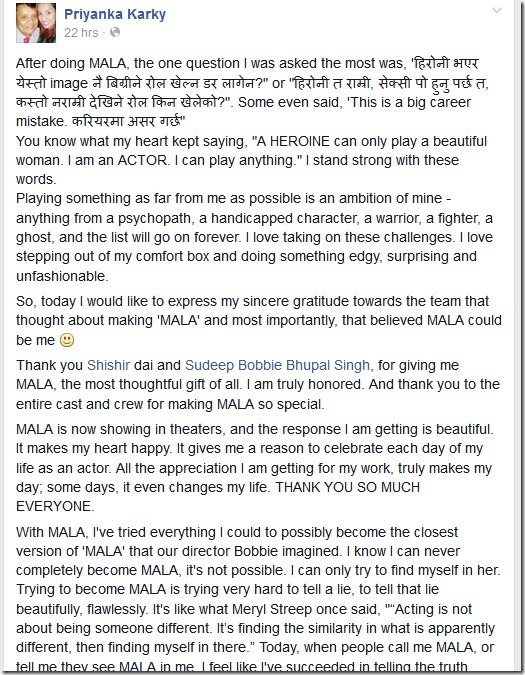 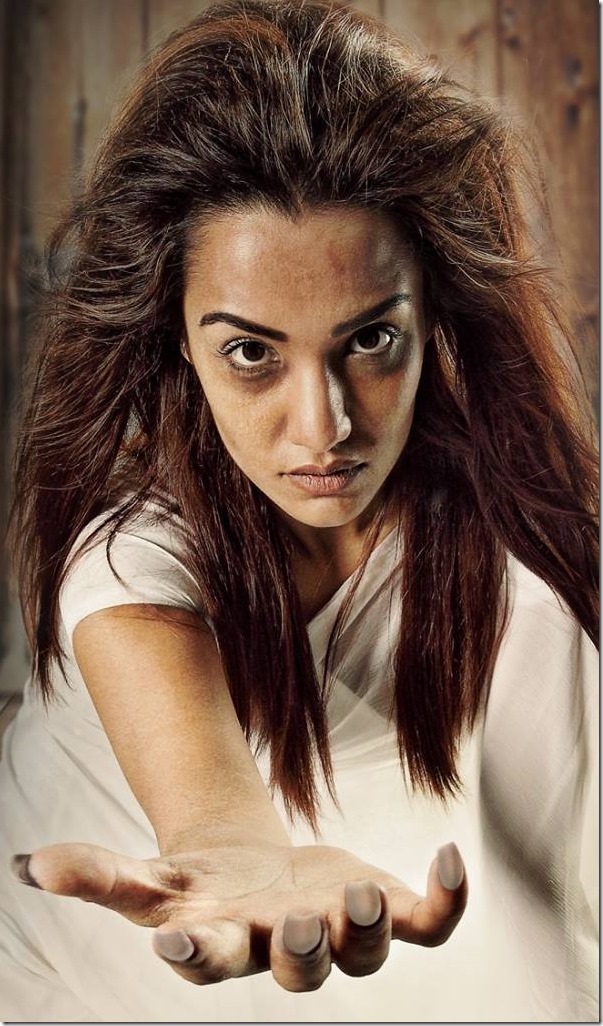