Although there are voices about equality in men and women, it is not implemented in practice. In recent days, news of violence and abuse against women have been quite frequent in media. Living in such an environment is scary. To create awareness about the situation actress Priyanka Karki has modeled for the cover of The Nepali Man (TNM) magazine. 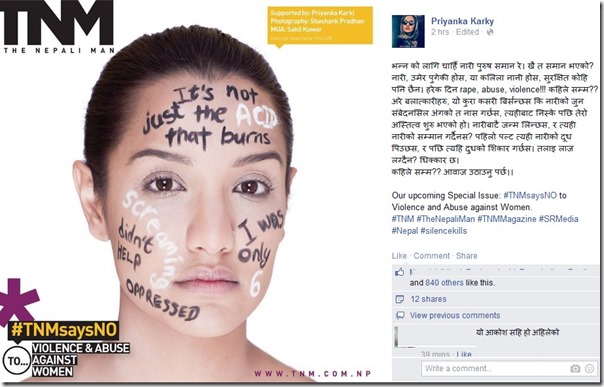 A number of texts are written in Priyanka’s face. The text reading "It’s not just the ACID that burns," refer to the recent acid attack to school girls. The text "I was only 6," refers to the 6-year-old girl who was raped and killed. More text include "Screaming didn’t help," and "Oppressed."

It is not only Priyanka, every actress in Nepal are voicing their concerns. Actress Keki Adhikari is one of the actresses who has also written a long statement against such abuse and violence against women: 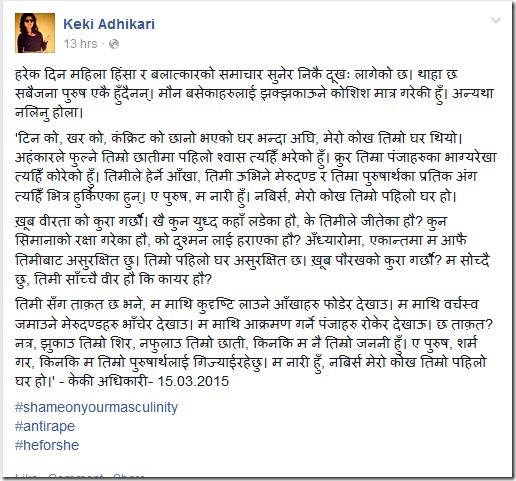 A close-up image of the cover girl Priyanka Karki: 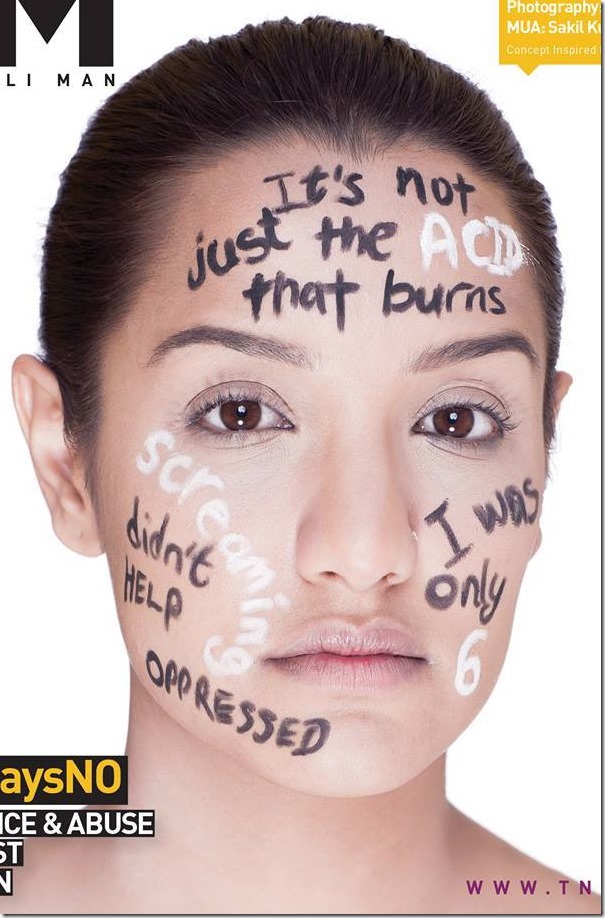 One thought on “Priyanka Karki, no to violence and abuse against women”