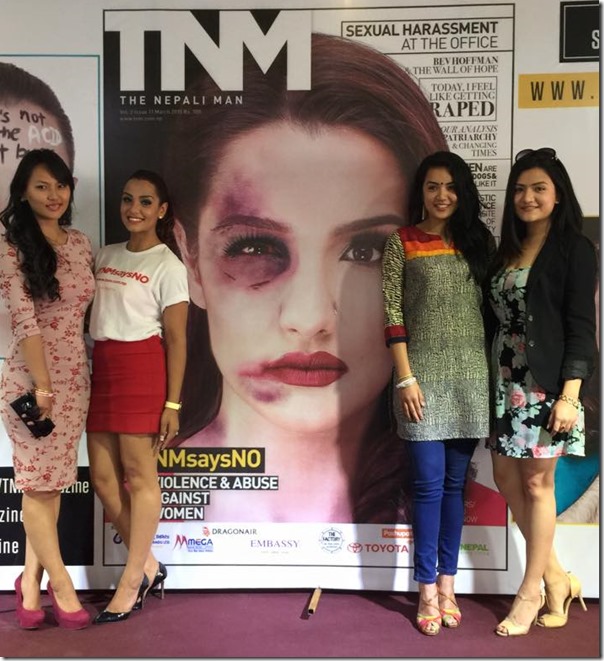 With Priyanka, ex-Miss Nepal and models including Jenisha Moktan, Sadichha Shrestha, and Suvekshya Khadka were present in the program to support the campaign.

We wrote and shared one of the designs of the cover of of TNM magazine featuring Priyanka Karki’s photo on Tuesday.

Priyanka says, “So many times violence starts at home, so many go unreported since families think it will bring shame to the family.”

Priyanka also says that women are being blamed for provoking by wearing revealing clothes or going out late at night. Such mentality of the society needs to change if we truly wants violence against women to end. 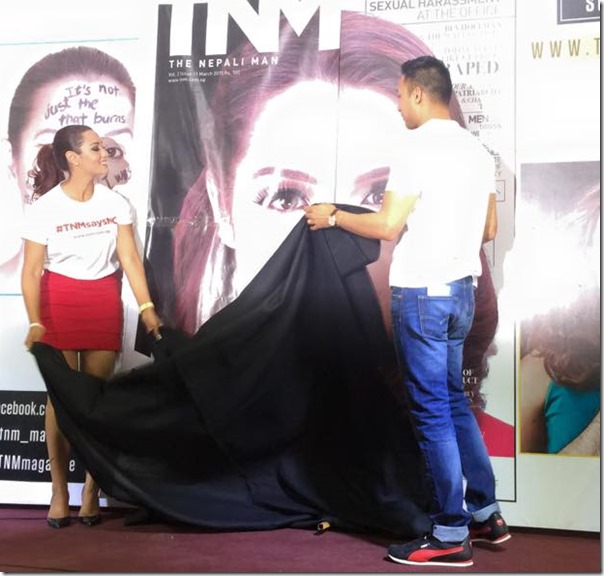 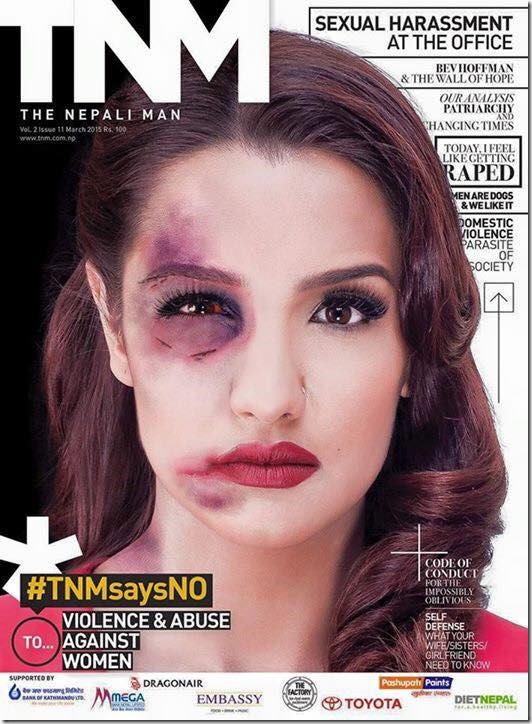 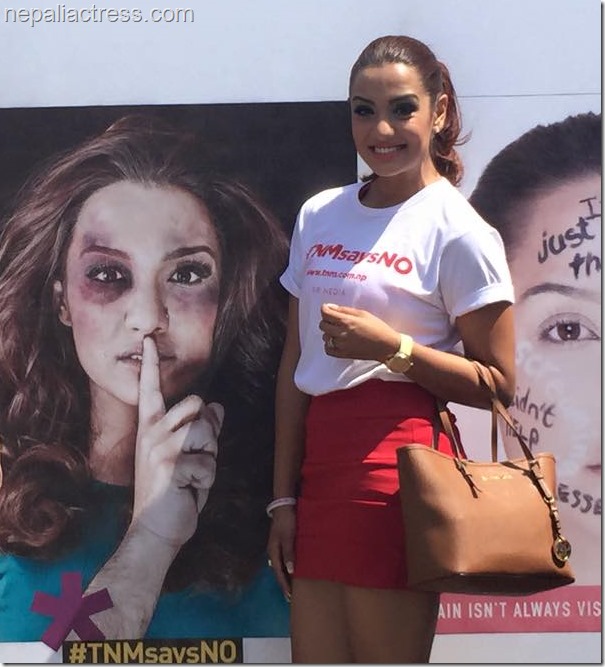 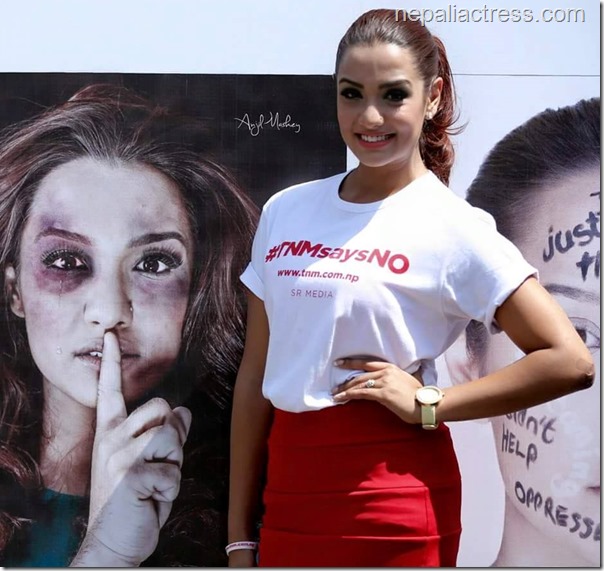 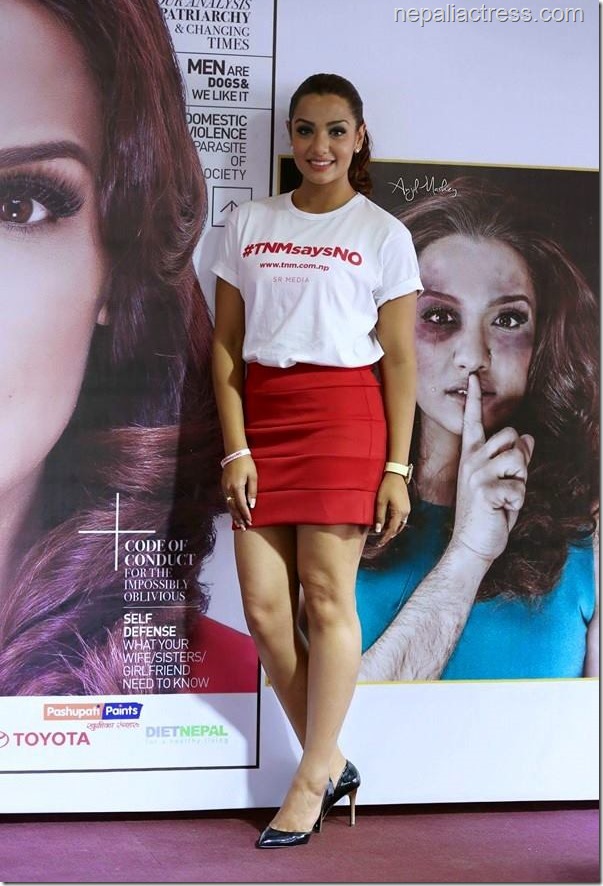