For the first time the actress and model Priyanka Karki sang in a stage show. In a Facebook statement, Priyanka said that it was her first live singing in a public function. That was probably not the only news. The skin show was another attraction of the show.

In the photo of the program she shared, the dress she is wearing has a big opening in the front: 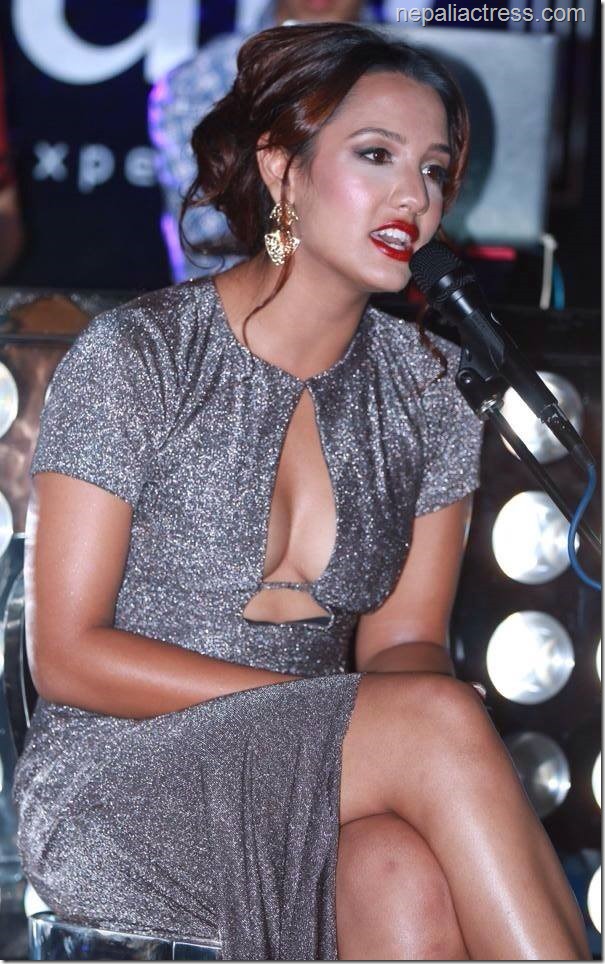 That was within a week of showing off her underwear in a program in Kathmandu.

Priyanka’s original statement, "So I sang for the first time last night. My first live performance in Hong Kong." She added, "My audience said I was fabulous."

Priyanka thanked Hong Kong the audience and the organizers.