On the sad demise of the noted director, Shiva Regmi, Nepali actresses have expressed sorrow and offered condolences to his family. Shiva died on December 9, 2013 because of the failure of his kidneys. 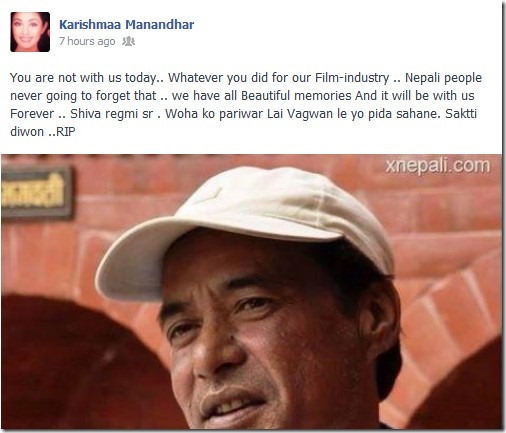 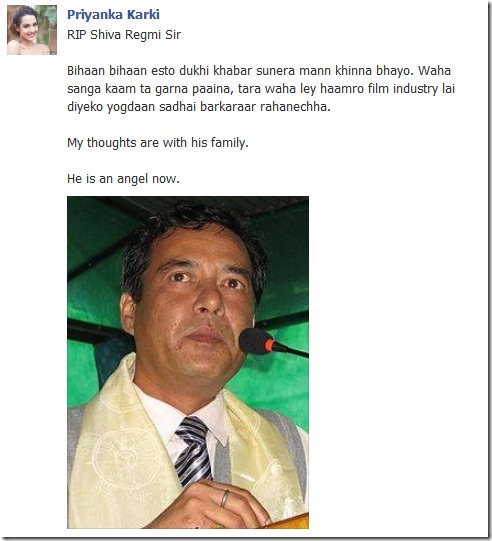 Nandita KC says that the first movie she saw was directed by Shiva Regmi.

Keki Adhikari wished to work with Shiva but missed the opportunity. 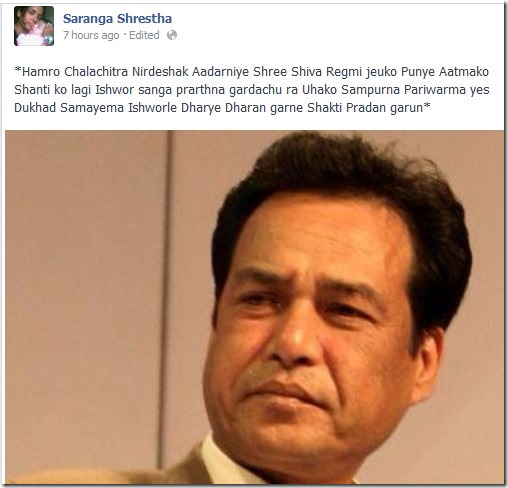 Binita Baral remembers she met Shiva for the first time when she was 12-years-old. At that time, she had told that Binita was the heroin of future.

Rejina Upreti says that Shiva Regmi was the director of her debut movie. 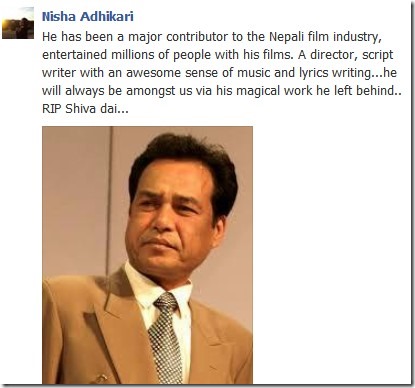 We at Nepaliactress.com wish Shiva Regmi rest in peace.