Actress Surabhi Jain is heartbroken when she sees hungry and injured stray dogs in street. She shared a photos of hers feeding a little puppy whose leg was broken by a car. Surabhi expressed her anger towards the animal rights worker and NGOs who have failed to ensure such dogs are taken care of. (Photo credit – Surabhi) 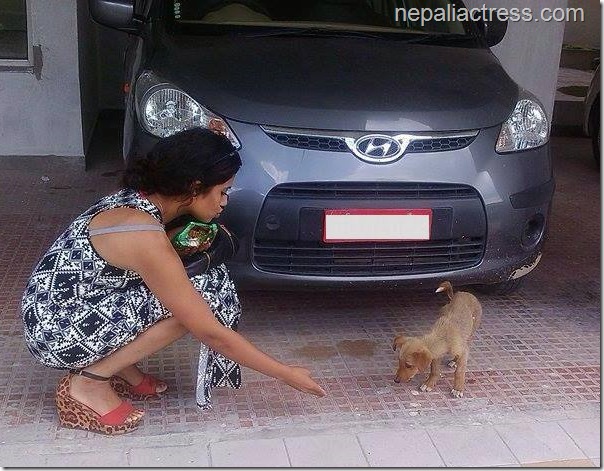 Surabhi says, "Street dogs enjoy their lives pretty much roaming like a free one in the street but life isn’t that easy all the time. This cute little baby got hit by a car and has one leg horribly injured. Some how he managed to crawl and get to the safest place."

She says, the dogs live in a very risky life and she estimated about half of the dogs are injured. She is deeply saddened by the fact that there is no systematic program to take care of stray dogs. She believes their birth control, shelter or similar program should be implemented to solve the problem.

What do you think will be the long term solution to the problem? Please comment.