The festival of lights, Deepawali, is celebrated by lighting lights, drawing rangoli and worshiping Laxmi, the goddess, of wealth. The festival of colorful rangoli, lights and faces is also known for Deusi – an age old tradition of entertaining people.

Here are some photo of how our actresses celebrated the festival of lights. 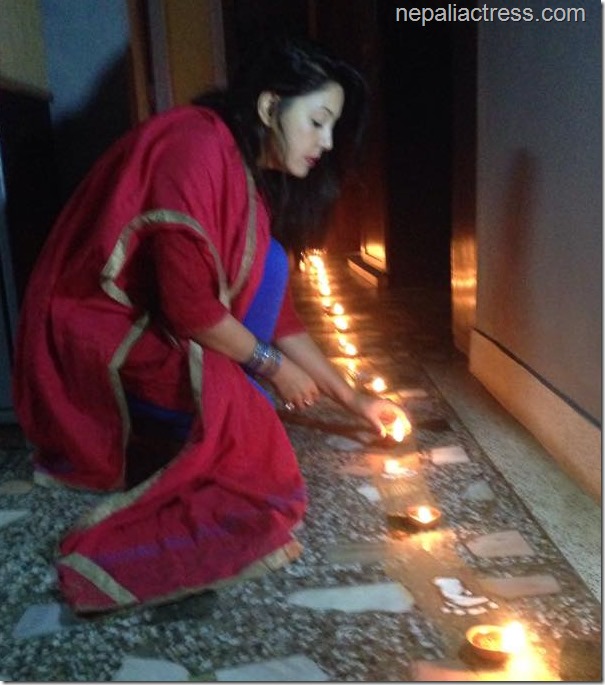 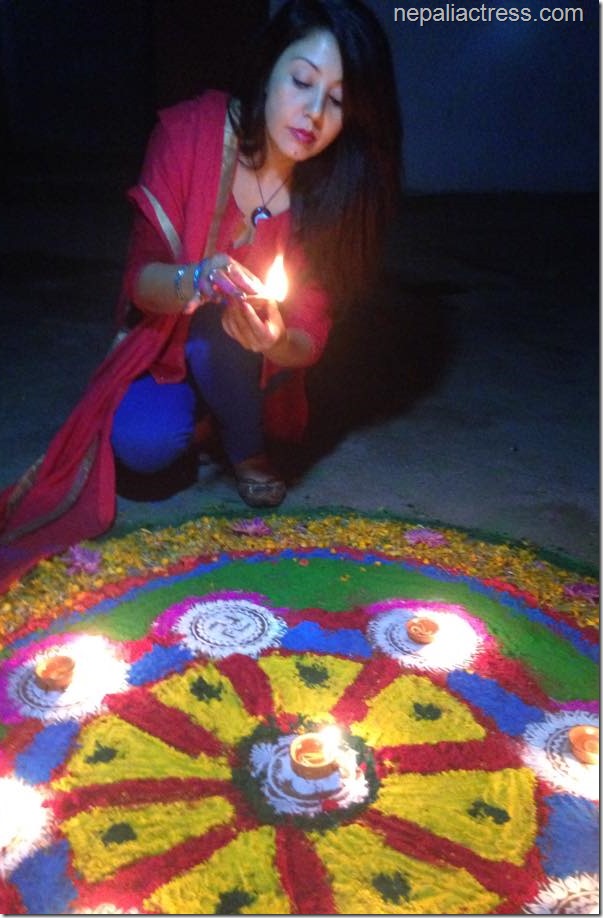 Actress Rekha Thapa also celebrated Deepawali with her mother and brother. Rekha’s mother had recently returned from the USA where they are planning to start a new business. In the festival the mother offered tika to her kids. (Photo from Rekha’s blog.) 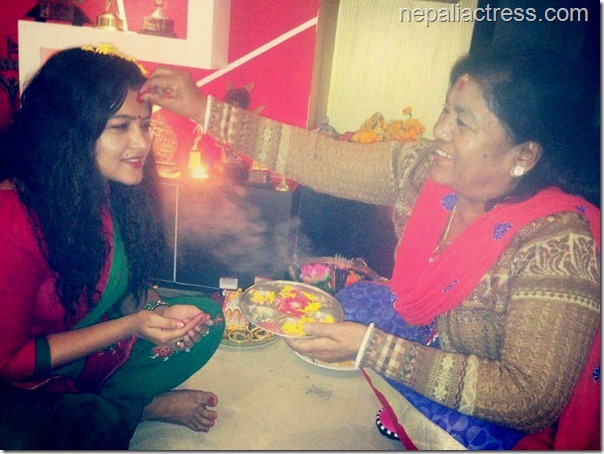 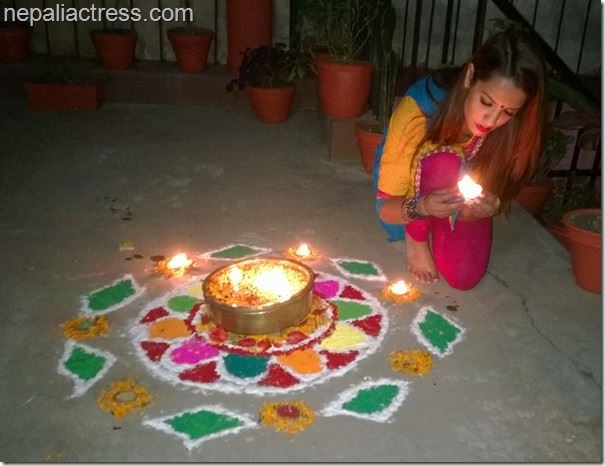 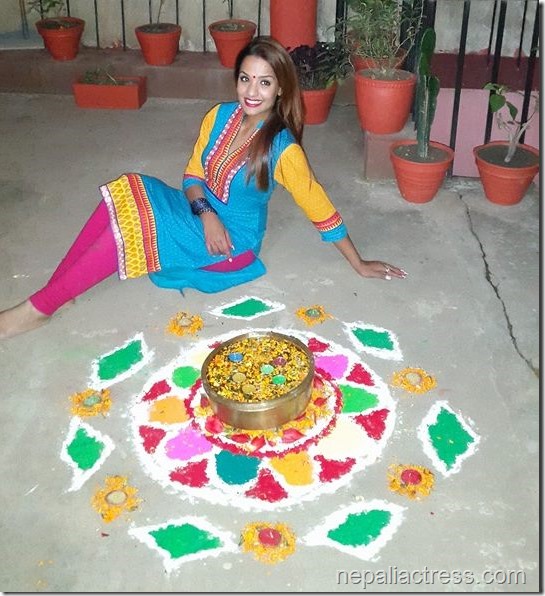 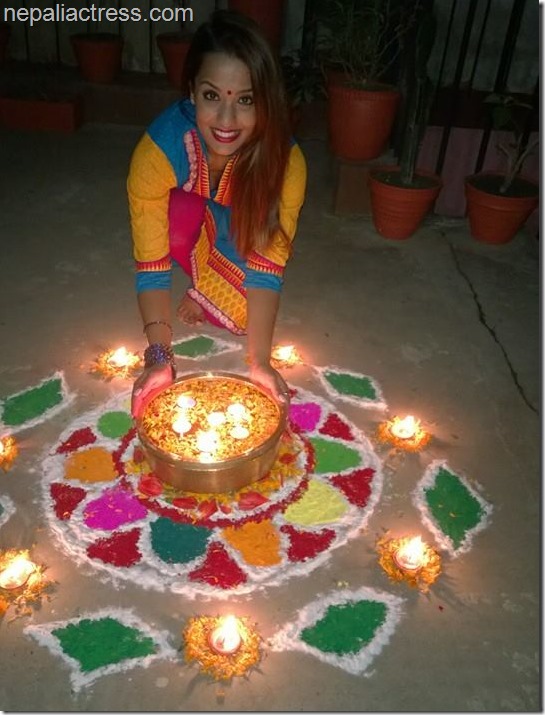 One thought on “Deepawali 2014 of Nepali actresses Karishma, Rekha and Priyanka”