The Film Artists Association (FAA) has revoked the membership of actress Suvekshya Thapa for six months over the Buddhist Khada controversy. The actresses is accused of vulgarity and undermining the religious goodwill.

According to FAA official and actress, Sarita Lamichhane, the decision was reached in a meeting held on Saturday.

The actress had faced a lot of protest from Buddhist organizations and individuals over her used of holy Khada as her underwear. After the protest, Suvekshya had told that she did a mistake and asked for forgiveness. Suvekshy also participated in a ‘Xhema Puja’ to ask for the forgiveness to the God.

Earlier, FAA had also called Suvekshya to inquire about the photo shot. Although Suvekshya has admitted her mistake because of ignorance, the director of ‘Bindaas 3’ says that controversy is a part of promotion of the movie.

During the release of her earlier movie ‘Miss Nepal’ Suvekshya had posed by covering her chest by a fish. Read more about the photoshot . 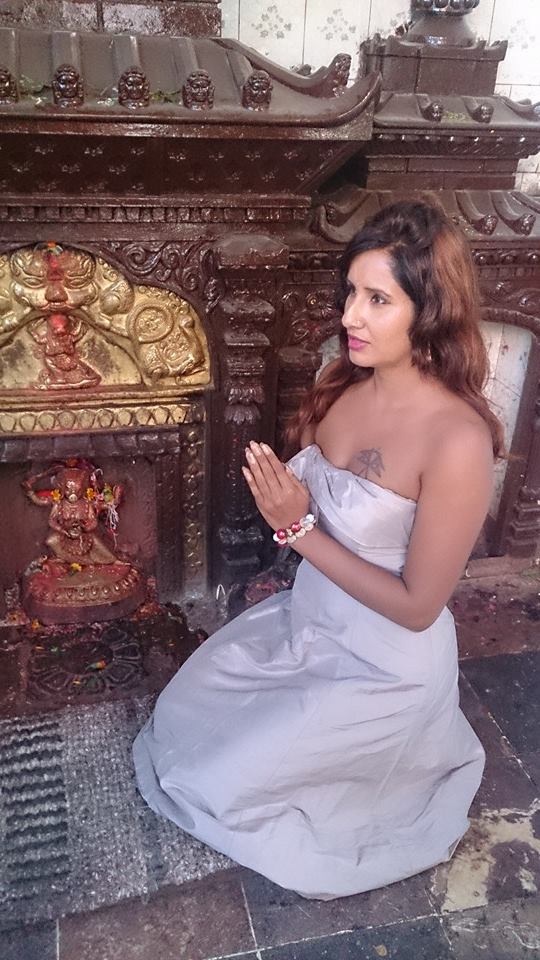