UPDATE: In a Facebook message Keki has told that she is not new to problems and this problem has made her stronger. Full statement attached at the end. 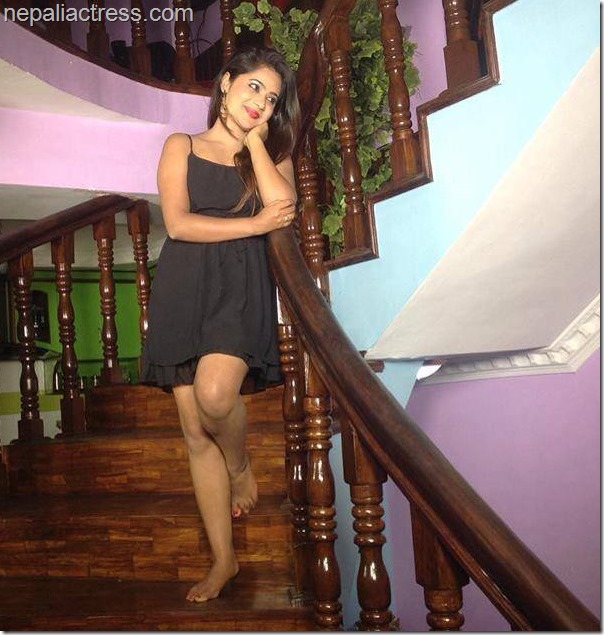 In the notice the bank, Civil Bank Limited, has asked the creditor Laxmi Adhikari and Badri Adhikari to pay all the dues within 35 days of the notice. If they fail to pay the dues in time, the bank has warned to keep them in black list and pursue legal actions like auctioning the house.

In response to the notice, Keki Adhikari has told that the Bank had published the notice without informing them about it. Keki’s father runs a school and the school is reportedly running in loss. Badri Adhikari’s home production movie ‘Jyan Hazir Chha’ was also a loss making movie.

Talking to an online magazine, Keki has told that her family are trying to pay off the credit.

Such types of notices are not new among celebrities. In the past, similar notices were published for the singer Ram Krishna Dhakal, and actor Nikhil Upreti. (notice in xnepali) 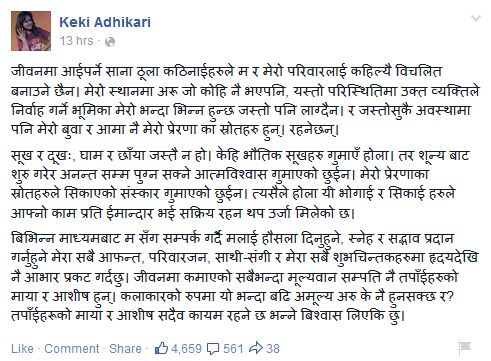