More and more actress are participating in the hunger strike organized by Nepali film artists for the protest against the government.

On the 12th day of the protest actresses Keki Adhikari, Priyanka Karki and Binita Baral were seen staging against the government without eating anything for the full 24 hours. 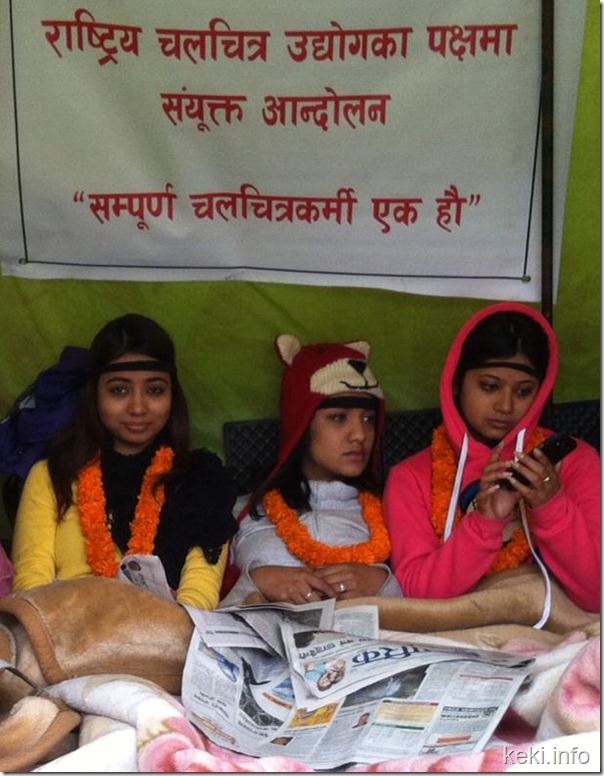 Other actresses who had actively participated in the strike include Surabhi Bista, Karishma Manandhar, Mausami Malla, Nisha Adhikari and others. 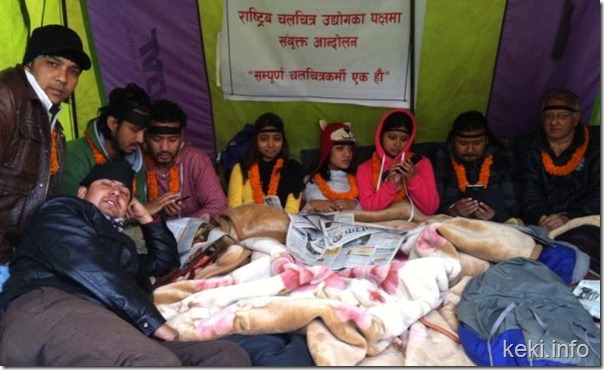