Nisha Adhikari is a beautiful actress, model, VJ and RJ. Before debuting in movies, she appeared in various music videos and modeling ramps after success in a number of beauty contests.

In 2005 Nisha won Miss International Nepal 2005 and Miss Personality. She represented Nepal in Miss International 2005 pageant held in Japan. In 2008 she participated in Miss Nepal beauty contest. But, the event was canceled at the last minute because of political pressure.

Nisha started working in media before jumping into entertainment industry. In a television program ‘Nine to Nine’ she debuted as a VJ. After that, she did a lot of program including ‘Indi mini Bag’, ‘Count Down Kantipur’, ‘Play it On’ and so on.

Nisha is also featured in music videos of popular artists like Sudip Giri, Sugam Pokharel, Ciney Gurung and Satya Raj Acharya. As an actress she debuted in a television comedy serial ‘Gharbeti Ba’. In the big screen Nisha debuted in 2009 through ‘Mission Paisa’ opposite to actor Nikhil Upreti. The movie was successful and paved her way into acting career. In 2010 she did movies ‘Nainra Resham’ and ‘First Love’. Her role as a lesbian lover in ‘Soongava – the dance of orchids’ is also highly appreciated. 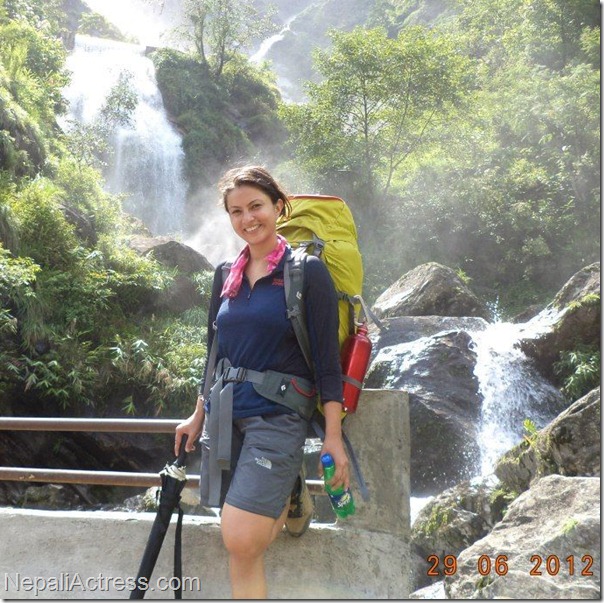 Nish is active in social works and extra activities. She is a member of Rotary Club of Nagarjun. Nisha had also worked as director of youth service for a year in Rotary Club. She was also appointed the brand ambassador of the Autism Care Centre.

In her Facebook, Nisha Adhikari announced that she is, “Preparing for a press release of one of my dream projects and very happy. All smiles !!! ;)”

Although, we have speculated that it is a movie … may be named ‘Padmini’ – we are totally in dark on what the dream project might be. 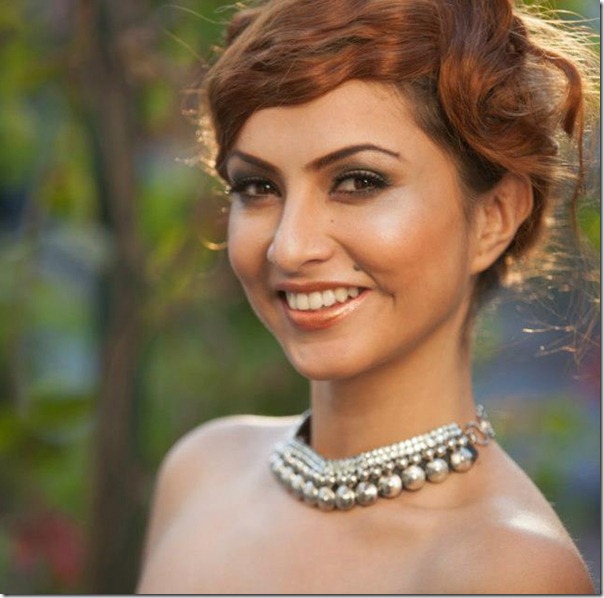 Mega Bank has become another big name to support Nisha Adhikari in her journey to the top of the world. 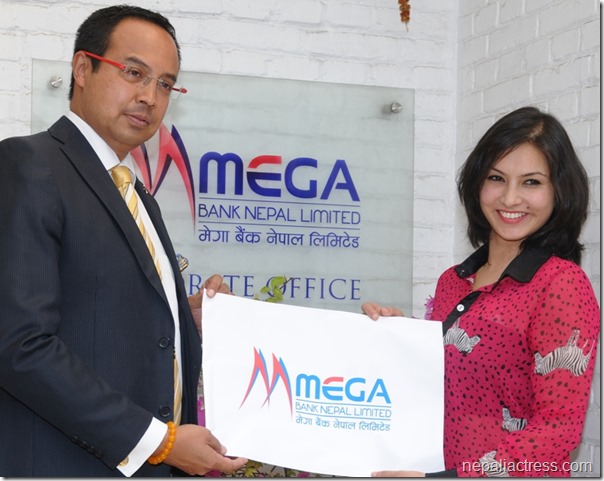 In a program organized on April 8, Mega Bank had announced it’s support to the actress in her ambitious journey. The Bank CEO Anil Kashari Shah handed over the bank logo to Nisha to carry it to the top of Mt. Everest. 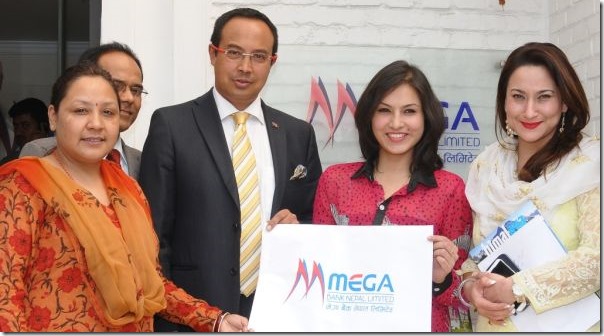 On her flight to Tikapur, Nepali actress Nisha Adhikari explains how thick-skinned we have become to problems and accept them as normal stuffs.

At the time of flight the aircraft she boarded had a technical issue. Aircrafts are very sensitive modes of transportation and the aircrafts in Nepal are usually purchased in second hand market. Nepal has a very bad track record in terms of aircraft safety. Although most of the aircraft accidents are blamed to the climate, technical problems in aircrafts and human errors are the major reasons behind such crashes. 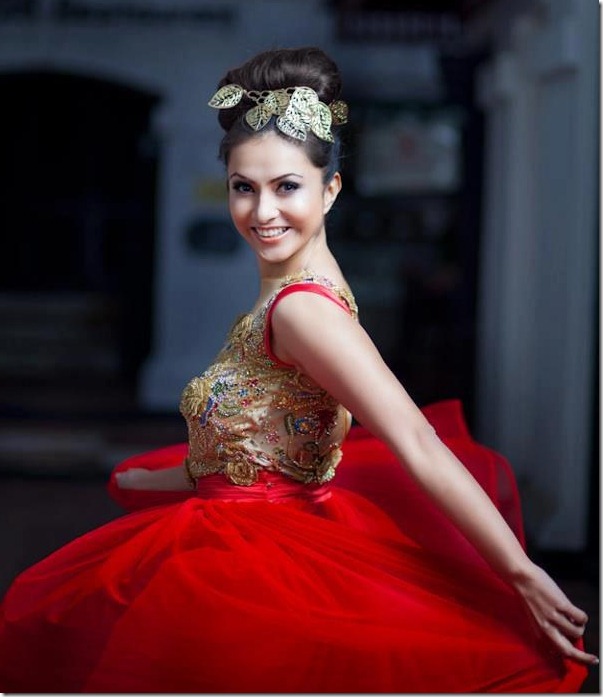 Here is how Nisha explains the situation:

Now this happened to me the first time ever!!! Boarded a flight to Tikapur n was bout to take off but suddenly the aircraft went back to da parking n the air-hostess announced a tiny technical default and it would take off within 20 min and we were supposed to sit patiently. Looked out of the window and a guy was moving his hands frantically (Most probably explaining the “tiny” error). The most amazing part was we all were so cool about it..i even managed a power nap!!! LOL .

Finally landed in Nepalgunj, passed Bardiya Nikunj on the way to Tikapur, ate karnaliko machha and attended Tikapur Mahotsab for a while!! Tom s going to be fun at mahotsab…looking fwd!!!

Let’s wish the end of such technical problems in aircrafts.

Actress Nisha Adhikari has started social work by registering an organization named Yuva Udan. In a press meet organized in Reporters Club on Tuesday, Nish told that the organization is established to help the needy Nepali by other Nepali. 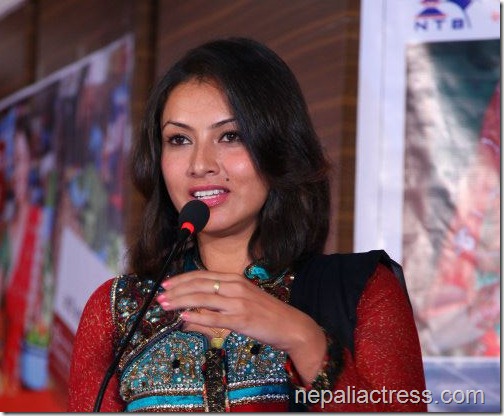 Before the formal registration, Nish was instrumental in collecting clothes and distributing them in the area affected by freezing cold climate. The cloth collection and distribution done in collaboration with five of her friends was called Instant Relief and was held on the first week of January in Attic Restaurant. Encouraged by the satisfaction and success of the social work, Nisha was determined to do social work in an organized way.

Nisha told that Yuva Udan will be the collection of energy, effort and self determination of the youths involved in the organization. She told that she won’t be accepting monetary help from other NGOs and INGOs.

Earlier, Nisha had told that the project was a ‘Dream Project’. Currently, Nisha is in Tikapur to participate in Tikapur Mahotsav (see above).

Actress Nisha Adhikari had headed toward Tikapur on Wednesday. The cultural and business event is held every year and this year’s 10-days-long festival started on Magh 11 (January 24) and had ended on Magh 21 (February 3). 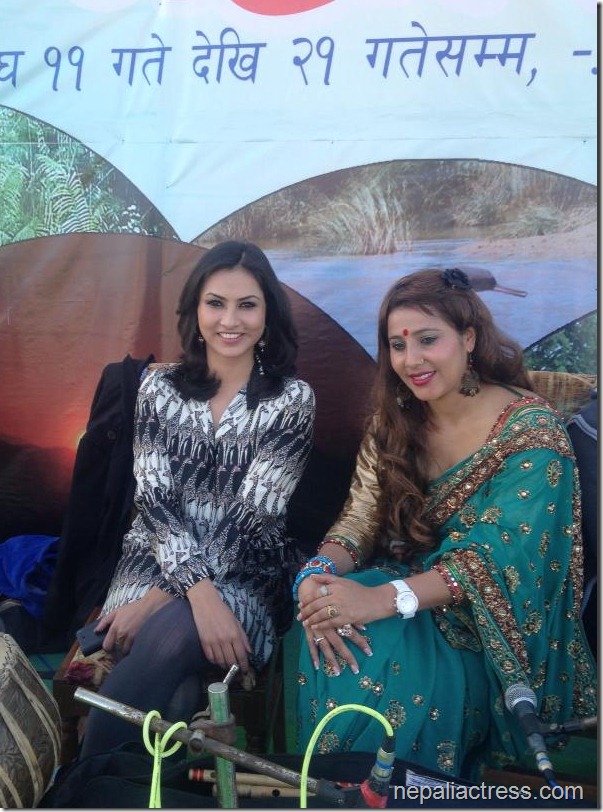 Nisha with Manju Poudel in Tikapur Mahotsav on the 9th day of the festival.

Various well known personalities had participated in the festival. Some of the noted artists in the festival include Binita Baral, Rajesh Hamal, Kunjana Ghimire (Suntali), and Dhurmus. 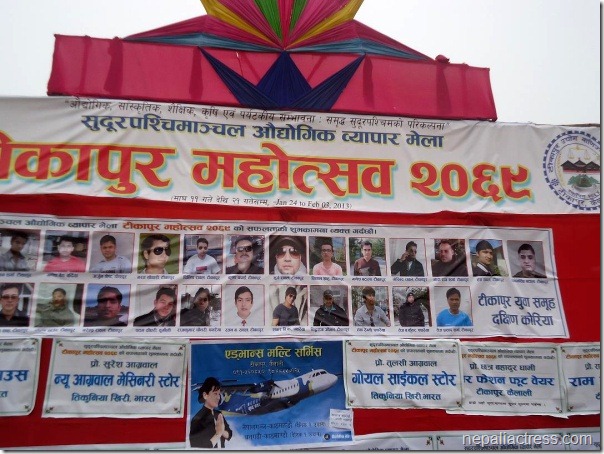 Nepali actress Nisha Adhikari has recently announced her intention to reach the top of the world, Mt. Everest soon. The actress had trained herself in mountain climbing and was preparing for the climb for some time. 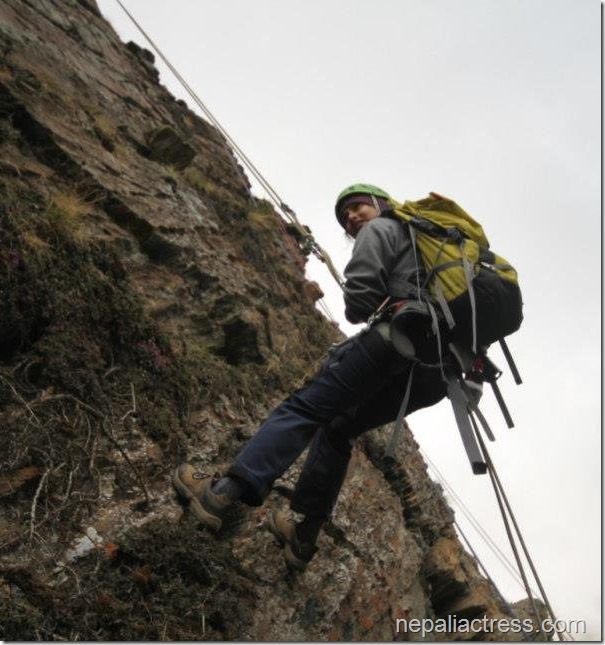 Nisha expects to take up to 60 days to reach the top of the Mt. Everest peak. Seven Summit Treks and the Rotary club of Nagarjun are sponsoring the Mt. Everest expedition.

“Save yourself by saving the nature”. This was my status few years back.And now I am proud to actually advocate this issue and take it to the Everest expedition. And to materialize my dream, the Seven Summit Treks and the Rotary club of Nagarjune have put their best foot fwd and acted as my sponsors. IUCN has also supported the campaign.We are still open to any kind of support or tie ups.I would sincerely like to thank everyone involved in this campaign. Thank you for your blessings and countless good wishes.

Actress Nisha Adhikari’s monthly expense is Rs. 75,000. A large part of that expense is for the vehicle she has bought on credit from a bank. She has to pay Rs. 23,000 per month installments to the bank. 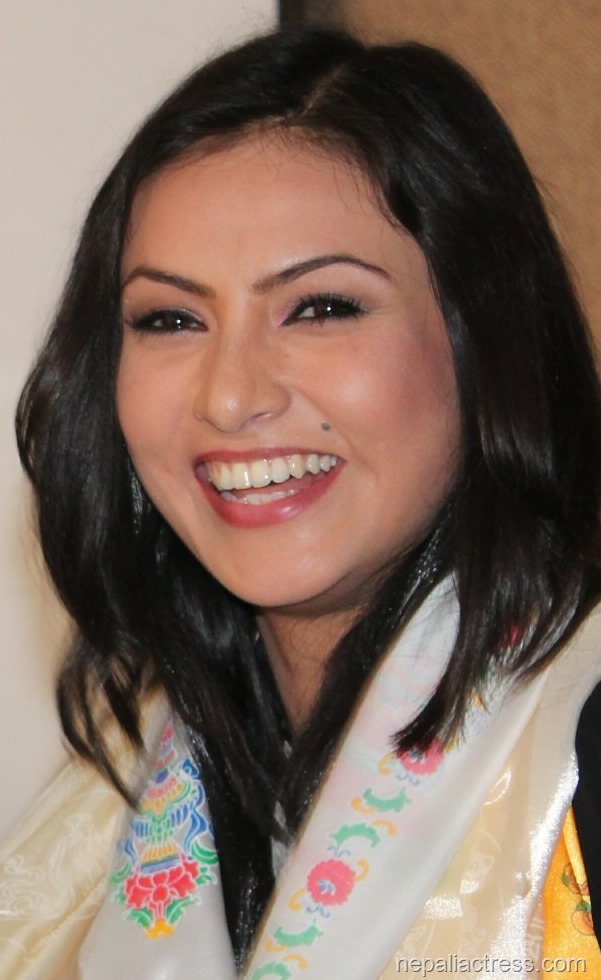 Breakdown of expenses of Nisha Adhikari:

Nisha Adhikari charges up to Rs. 300,000 per movie for acting. Following are the sources of income of Nisha Adhikari.

Nisha is starting the journey to climb the Mt. Everest on April 8, 2013. 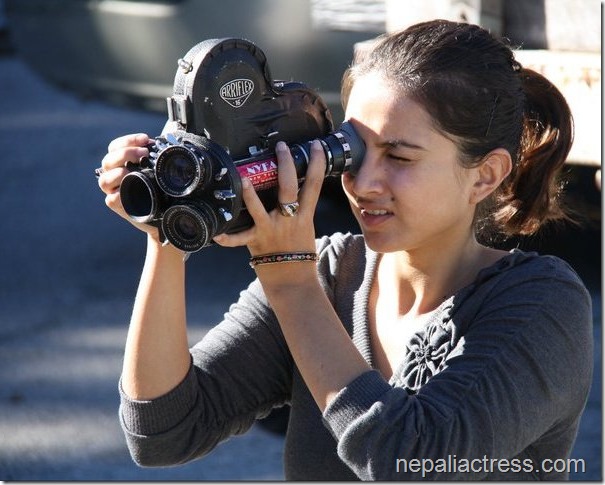 5 thoughts on “Biography of Nisha Adhikari”