Actress Nisha Adhikari‘s US tour and cutting her hair short, both were sudden and surprising.

A lot of speculations were made on her sudden departure on June 13, 2015 towards USA. As if, that wasn’t enough of the surprise, Nisha cut her hair short and shared it in her Facebook profile. That was after 10 days of living in the USA. She told that she was donating her hair for the kids with cancer.

Now, after more than a month and a half, Nisha’s hair is growing and it seems, she is not shaving it again, we have decided to prepare a diary of her short hair, starting her departure to the USA. The credit of the photos goes to Nisha.

Let’s start the photo diary with the latest photo on the top:

Update on November 27, 2015: Now, Nisha’s hair has grown long enough to seem like a new boy’s style haircut rather than hair growth on a shaved head. 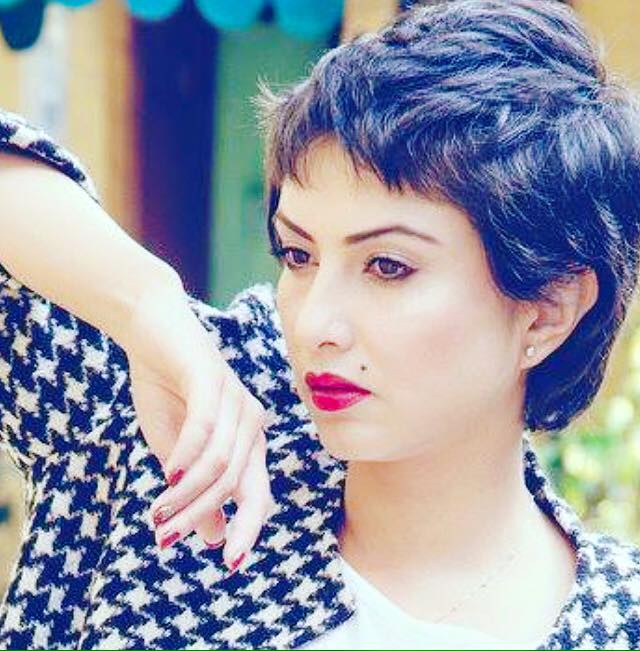 Update on October 7, 2015: 29-years-old Nisha Adhikari smiling after climbing and returning from Kilimanjaro Peak in Tanzania. Nisha turned 29 on her way to the peak (on October 4). 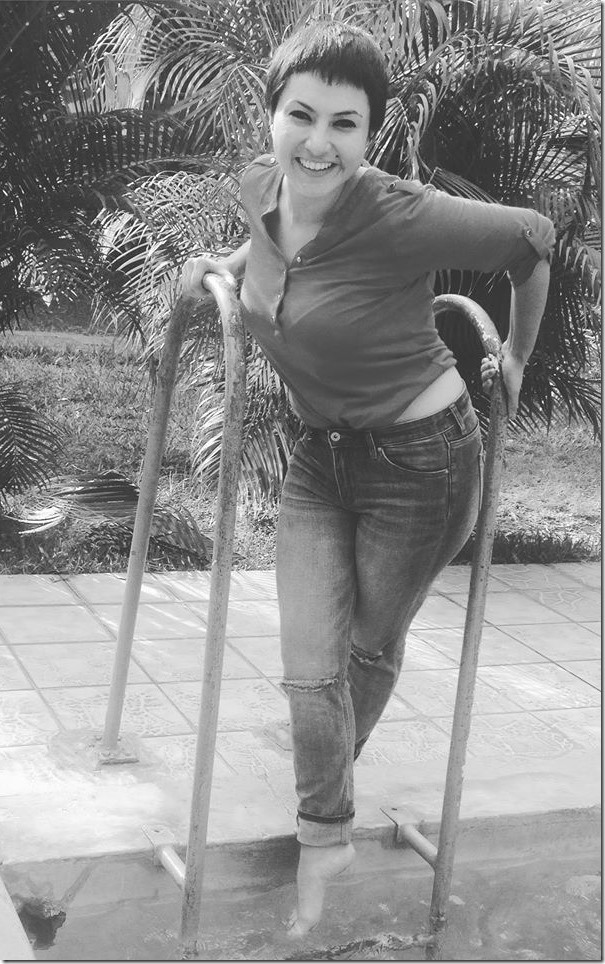 On September 27, after Nisha announced her plan to climb Mt. Kilimanjaro: 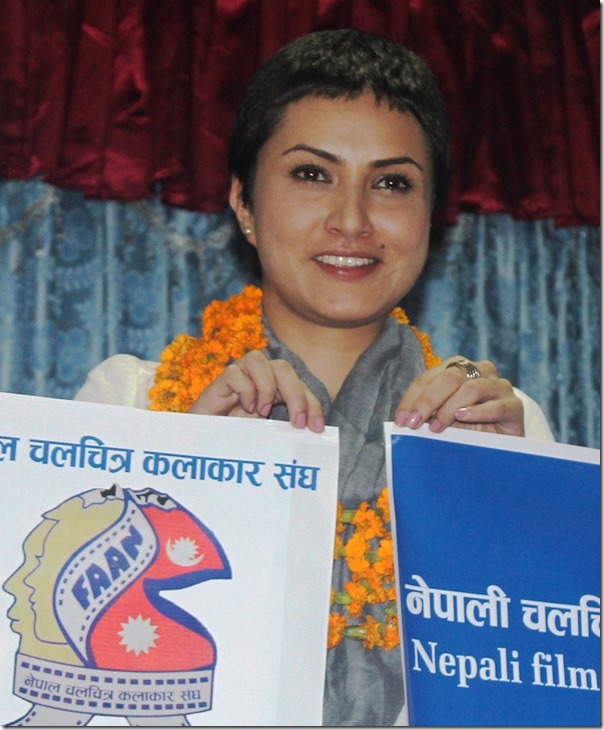 On September 23, Nisha has returned back to Nepal (xnepali report).

On September 23, with her brother at the airport. The hair seem to have grown a lot:

A September 22 photo – a day before she left USA with the cat: 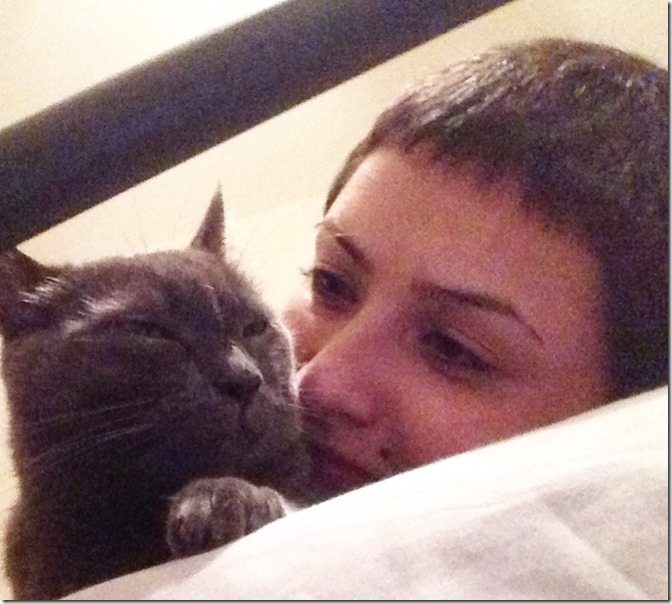 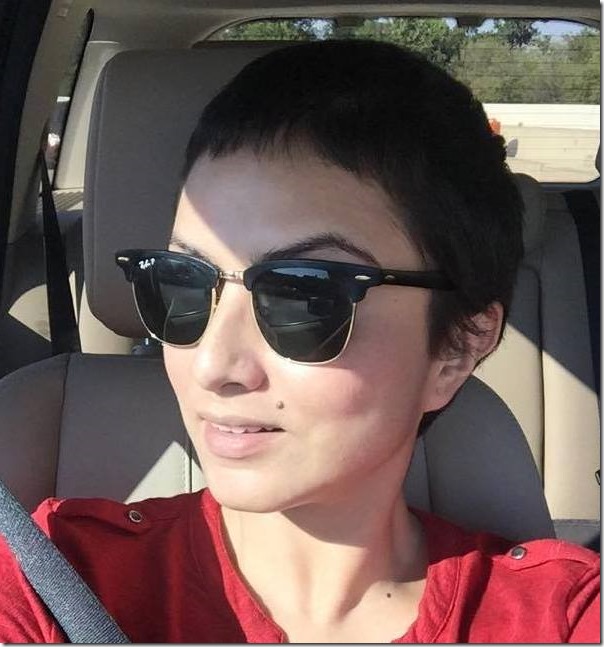 Nisha watched the movie ‘Everest’ probably on September 20. Nisha’s comment: “On  an experience, way beyond any words…one day I will discover mine and I already know those words won’t suffice. Experiencing the movie surely gave me a direction. The imax experience was mind blowing! Proud of the Sherpas and Bijay Lama dai.” 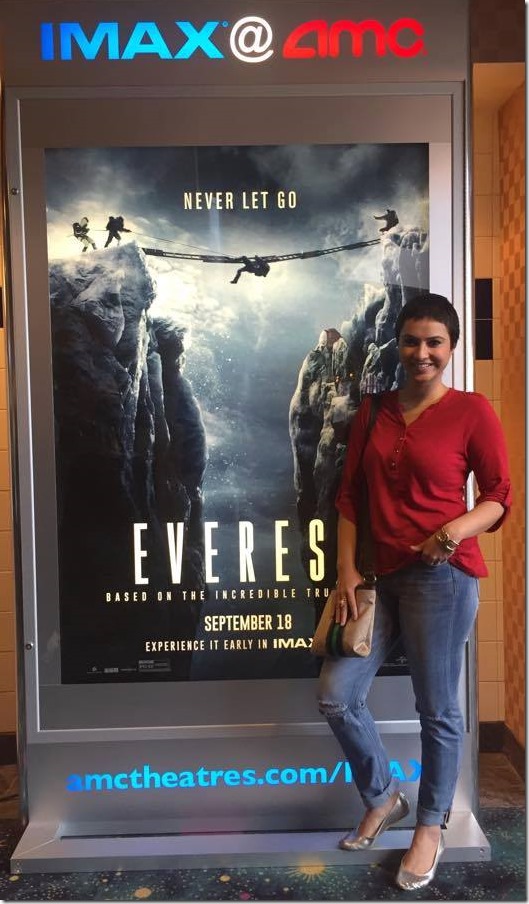 Nisha shared the photo of hers with designer Suvexya Bhadel. She also shared her experience of shaving her head. Unlike her expectation, the length of the hair growth on her head is not consistent. She has started using comb these days. 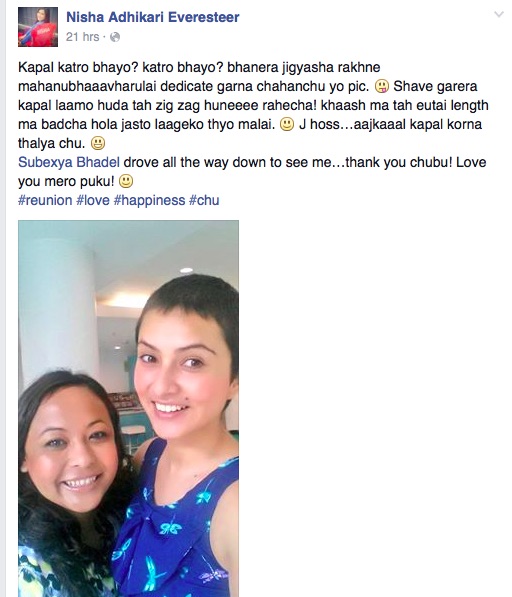 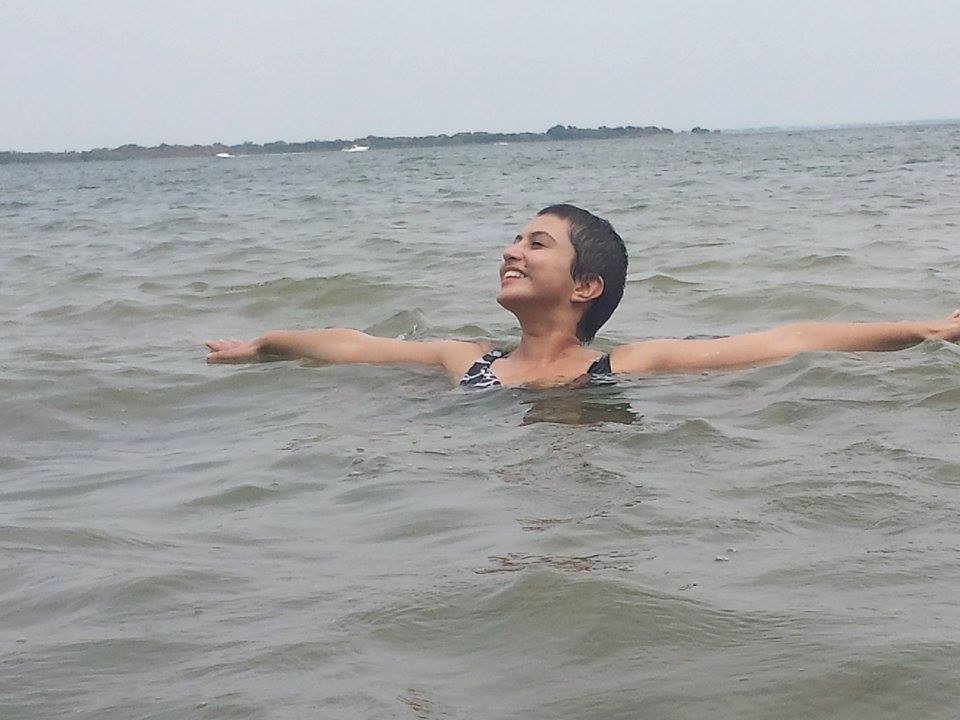 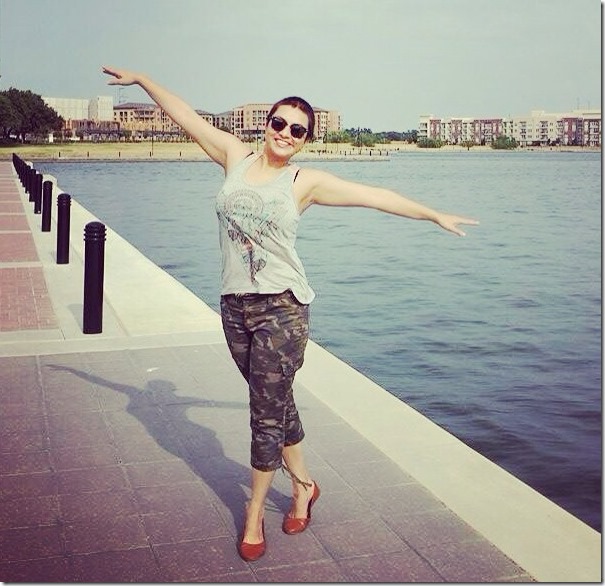 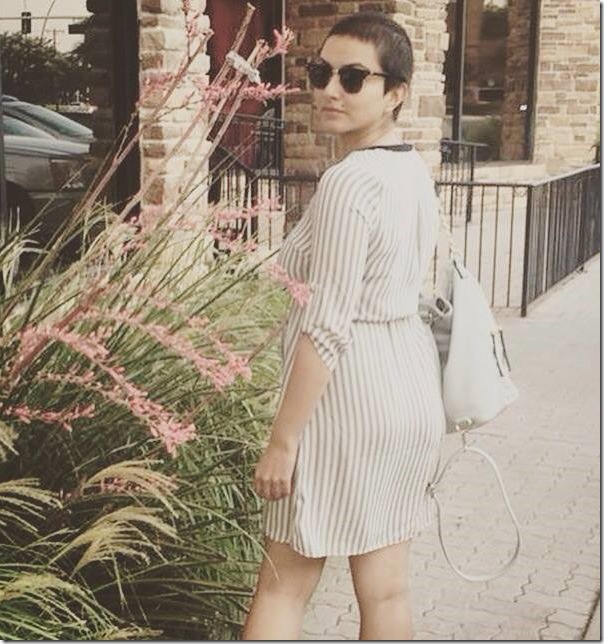 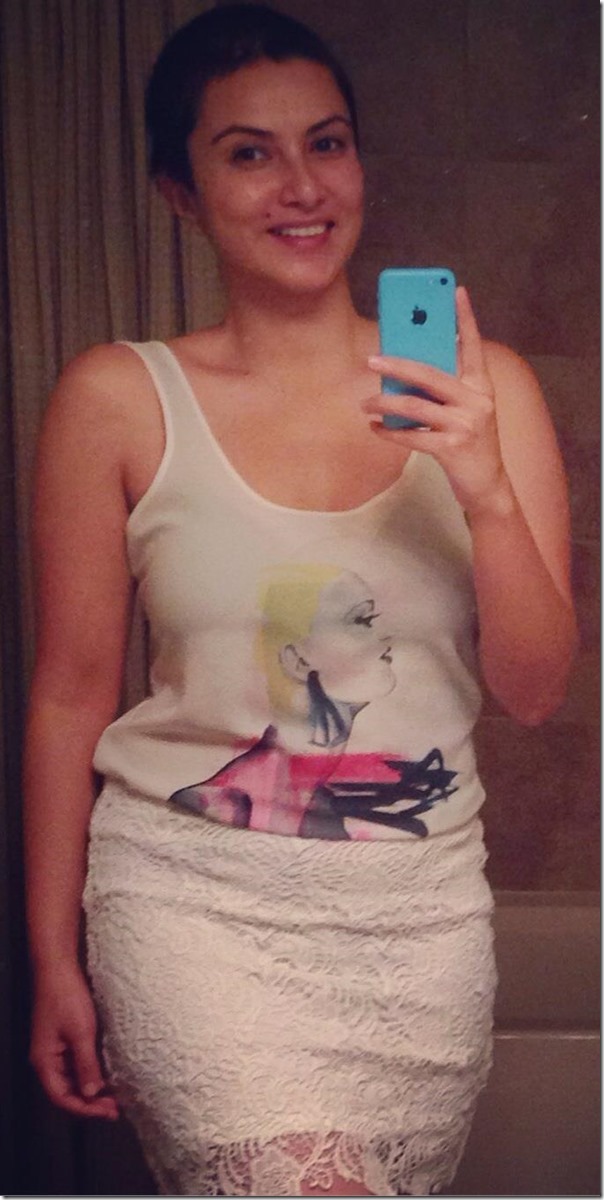 Nisha Adhikari’s no hair, no makeup pose: Photo on August 14 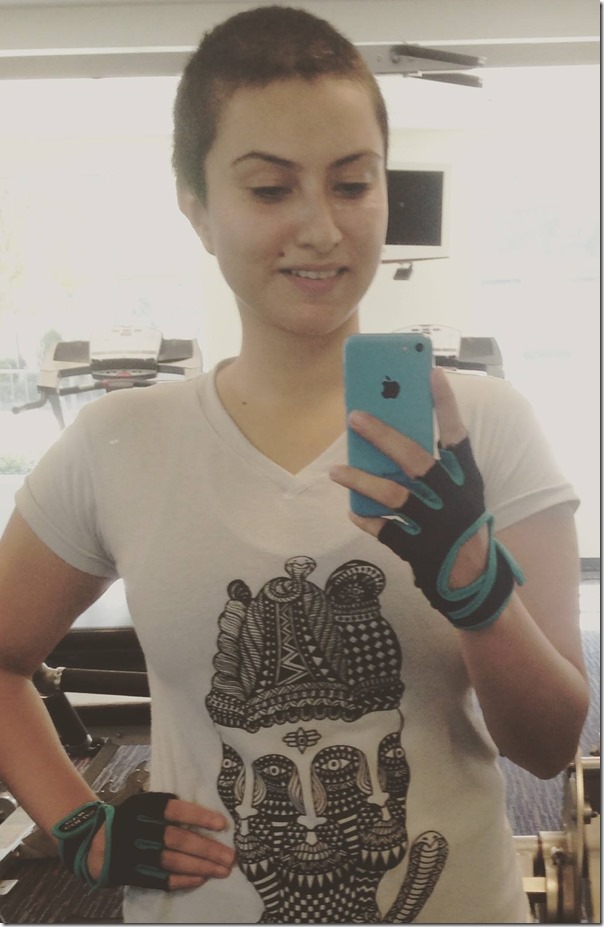 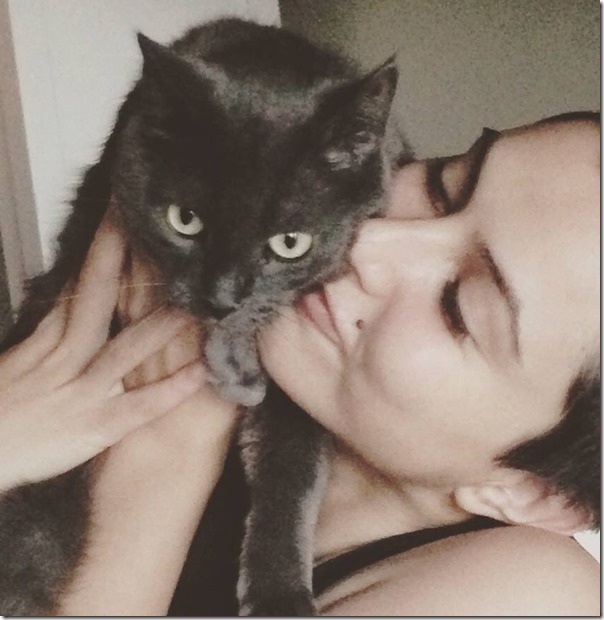 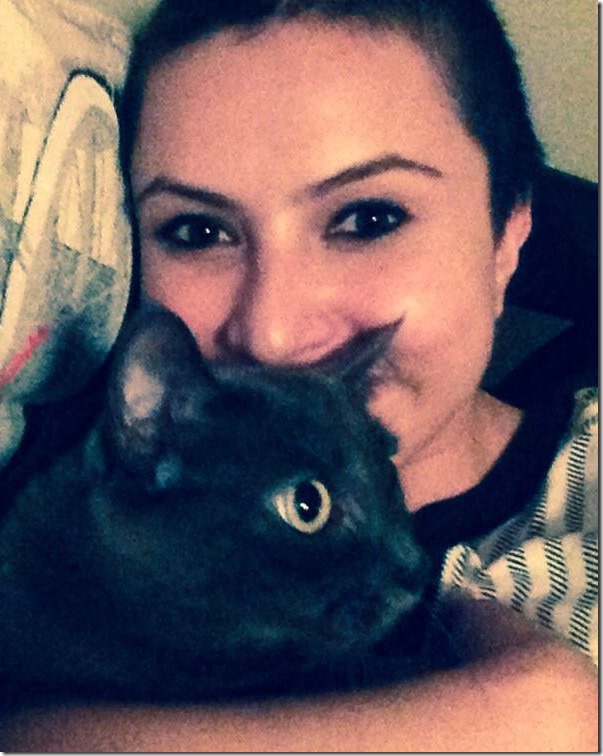 Nisha Adhikari with the lucky cat: photo on August 2, 2015 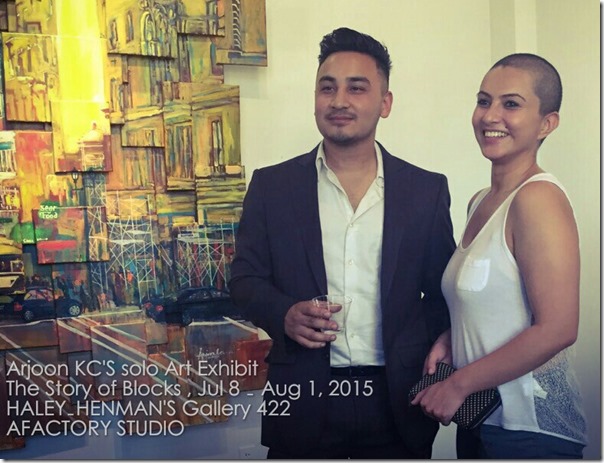 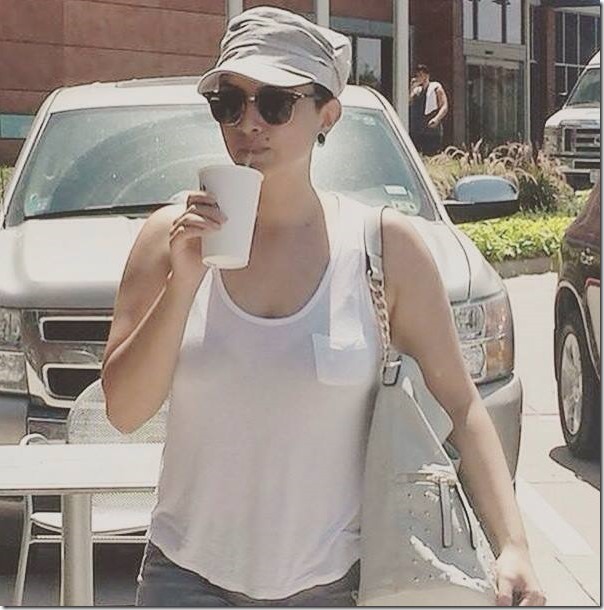 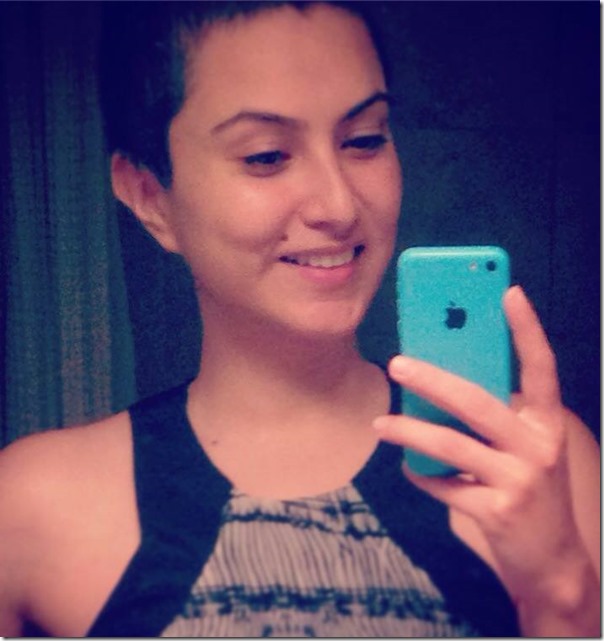 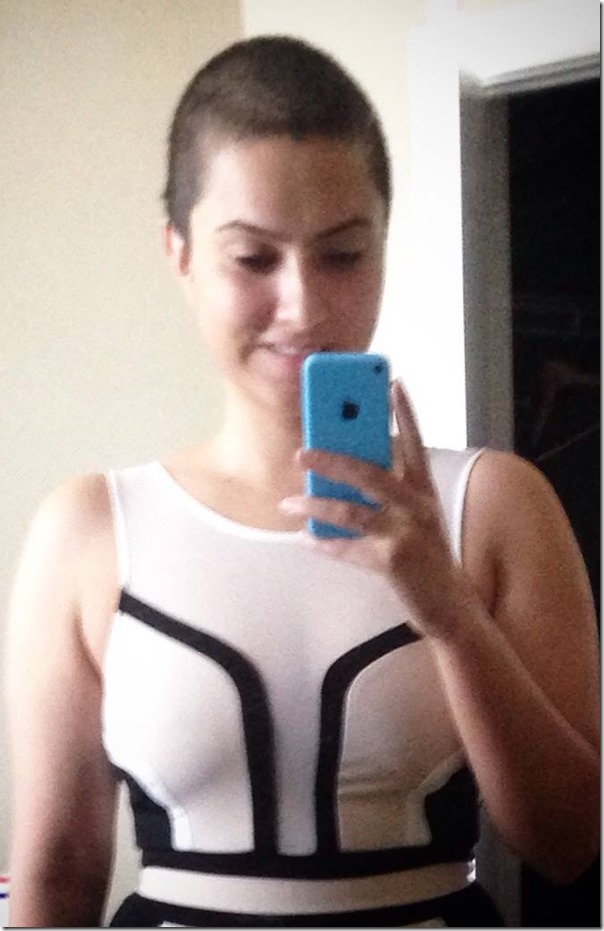 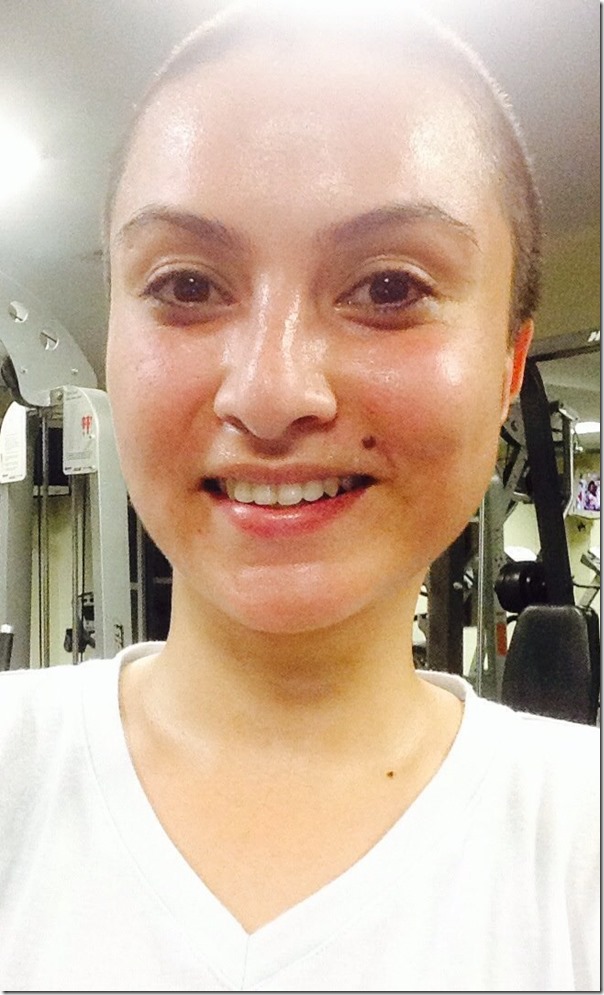 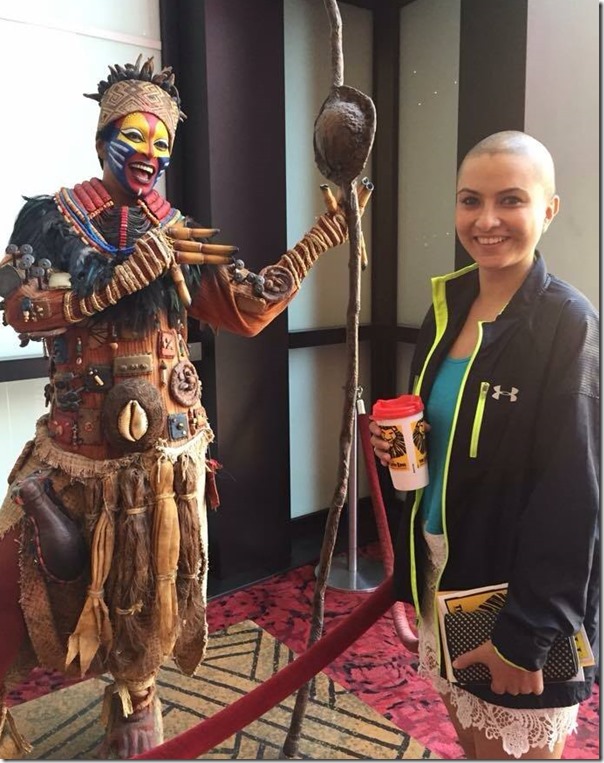 Nisha Adhikari with The Baboon: photo on July 8 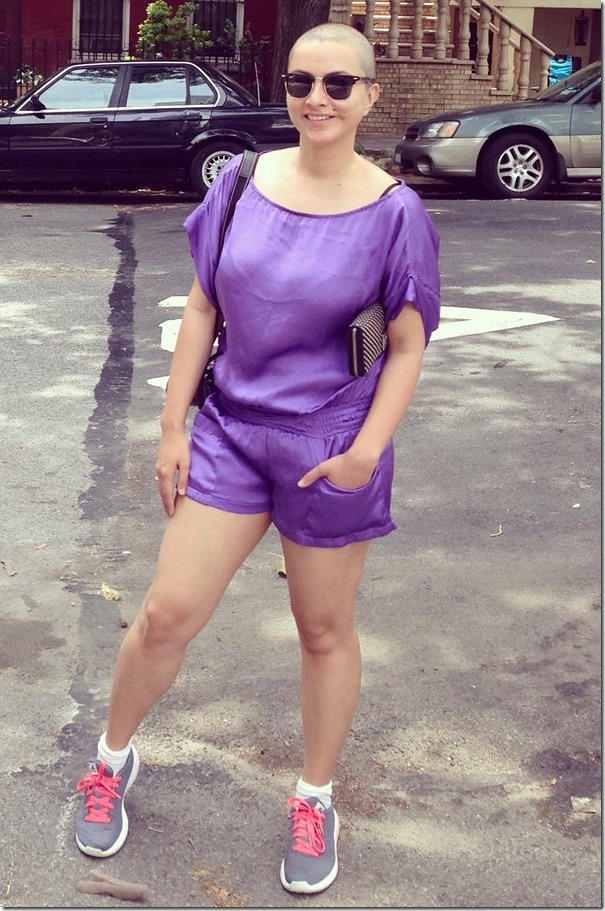 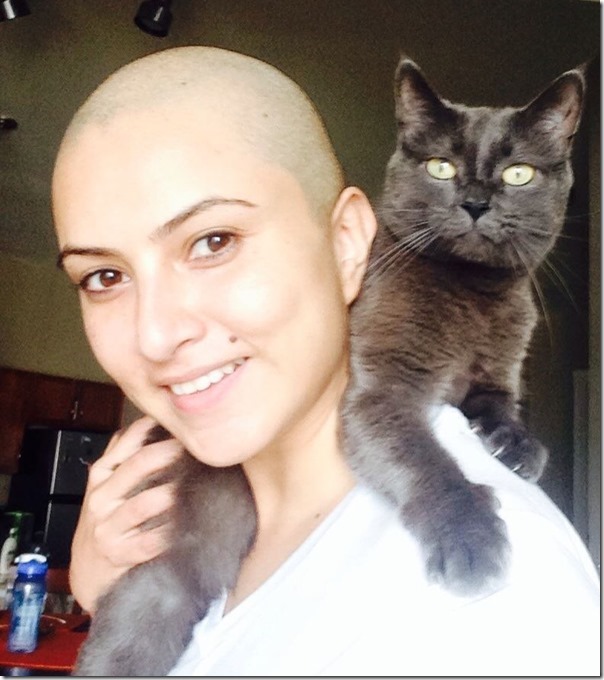 Nisha shows-off the new bold and bald avatar : photo probably on July 2 (We wrote about it then) 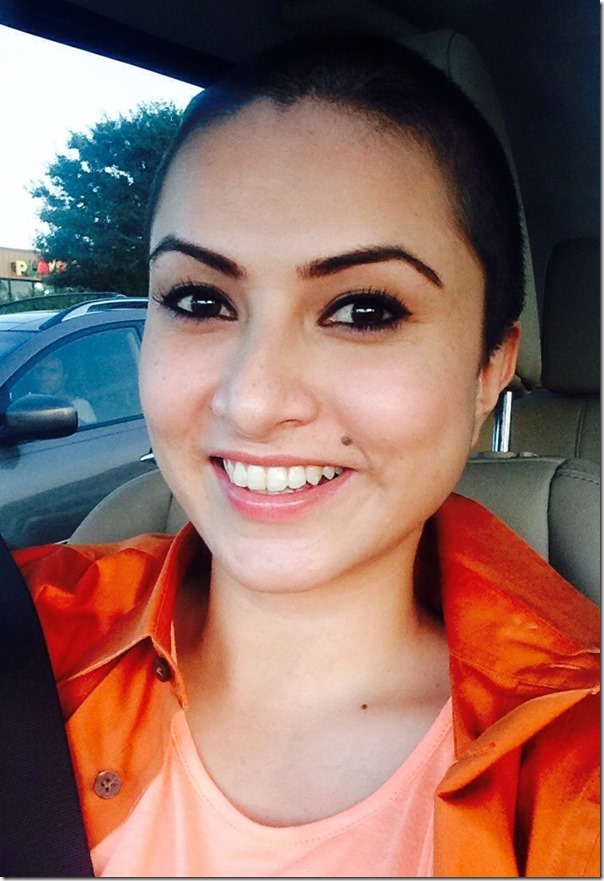 The first short hair. Nisha showed off her hair on June 23 (That was a surprise) 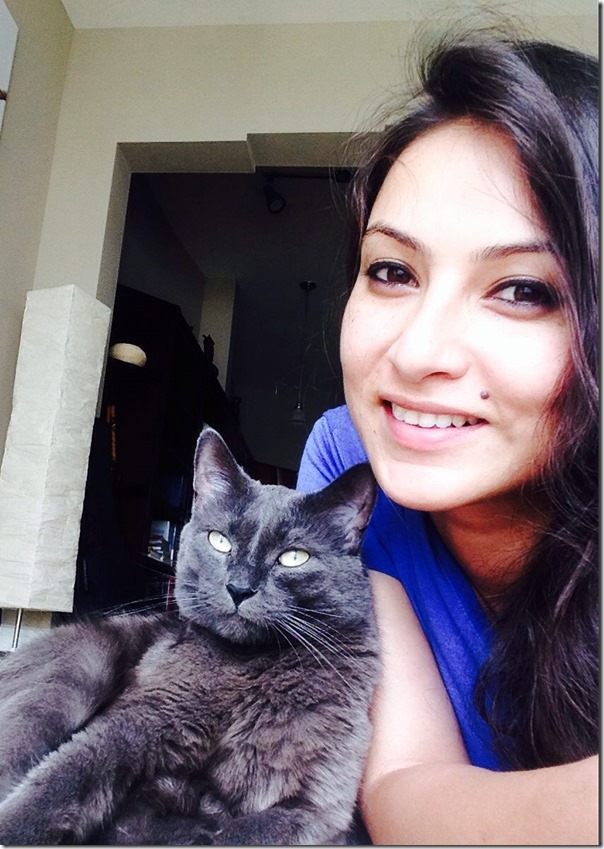 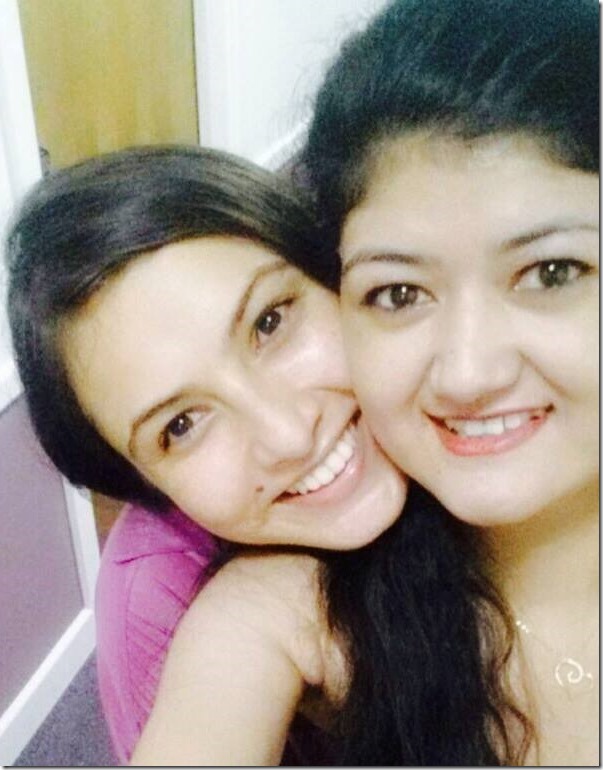 A June 13 photo, Nisha Adhikari with her friend on her way to the USA. (we also wrote about her flight to the USA)

One thought on “Diary of Nisha Adhikari short hair”