It seems, Nepali actress Rekha Thapa doesn’t like the UML leader KP Oli. In an interview after joining CPN Maoist, Rekha talked about the region she wanted to compete in election. 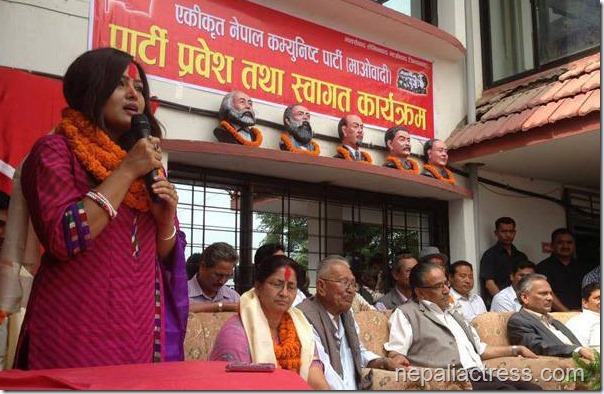 Rekha told, "If the party offers me a ticket in election I would prefer to compete with KP Oli."

Rekha was talking to a weekly newspaper ‘Janaadesh’. The newspaper is considered nearer to Maoist party. There are rumors that she might also compete with the youth leader of Nepali Congress Gagan Thapa.