The news of the purchase of a car by actress Priyanka Karki made news in the National dailies. Priyanka has now tweeted that the information published in the news was wrong. She had purchased a Hyundai Tucson model, not Mercedes as claimed in the news.

I have a Hyundai Tucson, not a mercedes!! #wrongnews 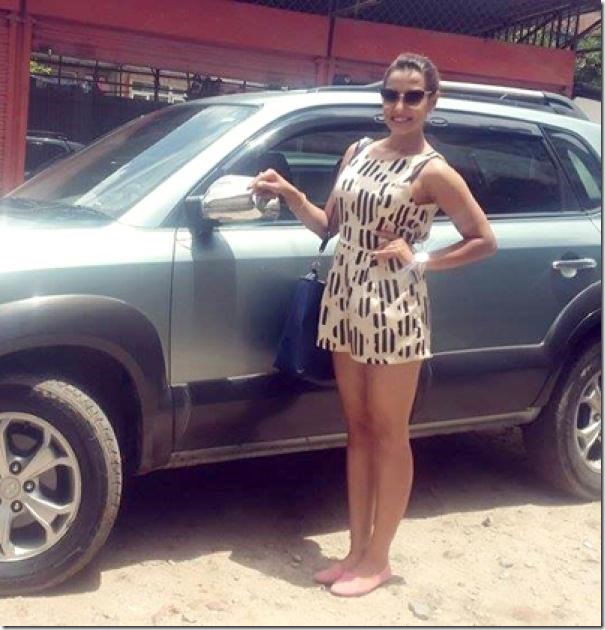 Priyanka proudly poses beside her car.

The news published in ‘Nagarik’ daily mentions, “Priyanka has purchased a Mercedes car by her own earning.” According to the news, the cost of the car is about Rs. 5 million. Priyanka’s sources of earning include stage shows, advertisement and acting in movies.

According to a Facebook statement, Priyanka had purchased the car two days before the April 25 earthquake. She has told that the car is the result of her hard work. She has thanked everybody for the love and support. 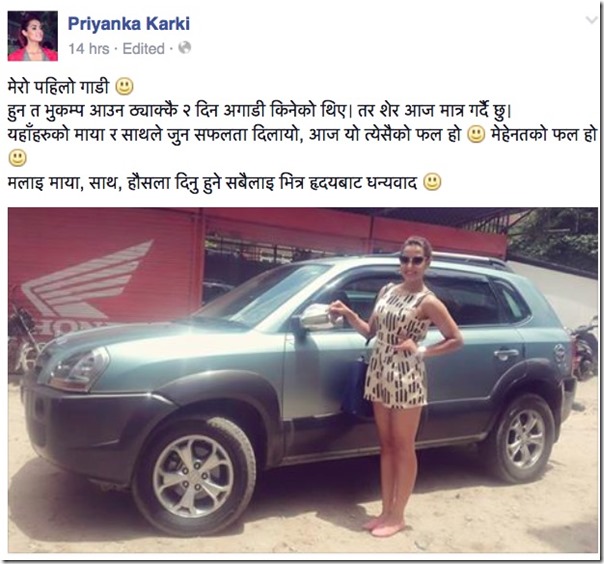 2 thoughts on “Priyanka Karki purchased a car and made news, with wrong information”