A story collection by a journalist, Ashwini Koirala, ‘Zukerberg Café’ was inaugurated jointly by actress Karishma Manandhar and journalist Subash Dhakal in Shilpi Theater in Kathmandu. During the ceremony literately figures Buddhisagar and Subin Bhattarai had talked about the book. 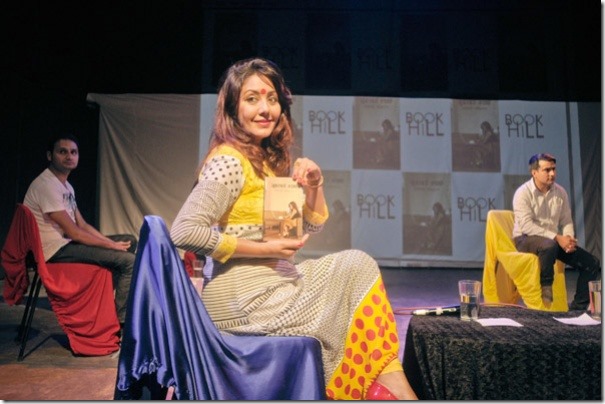 During the ceremony actress Karishma told that she is also the fan of the writer Ashwini and hoped that the book is interesting. She said, “I haven’t read the book yet. But, based on Facebook response, I am sure it is interesting.” She also promised to respond after she reads the book.

The book contains 24 stories on love theme. The book is published by Book Hills was available n market before the formal unveiling. The publisher claims that 5,000 copies of the book has already been sold. The book contain stories of Sunny Leone to Maxiwali. Ashwini had previously published a story collection titled ‘Uni’.

Speaking in the ceremony Karishma shared her experience in the USA. She told that she has seen different faces within herself. (Photo credit – onlinekhabar and Bijay Gajamer) 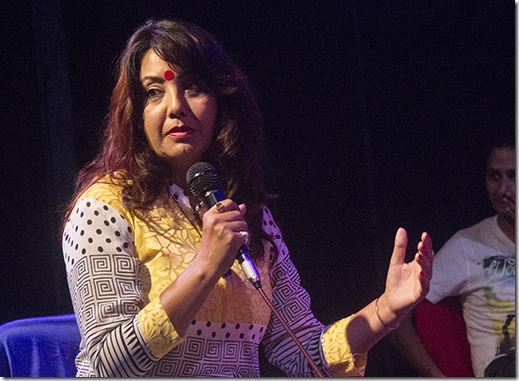 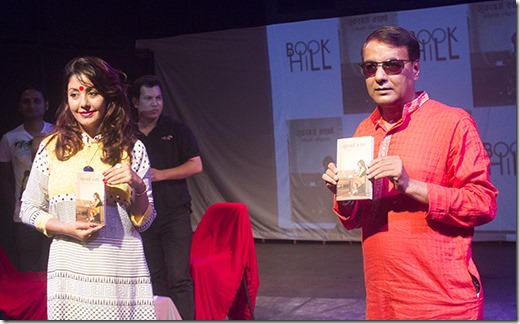