UPDATE: A video report featuring the actress with her husband. In the video, Reema explains how she met Robert:

Nepali actress and media personality Reema Bishowkarma (Reema BK) is going to marry on 27 September to a UK NRN. According to report the marriage ceremony was secretly planned to be held at hotel Hayat Regency in Kathmandu. 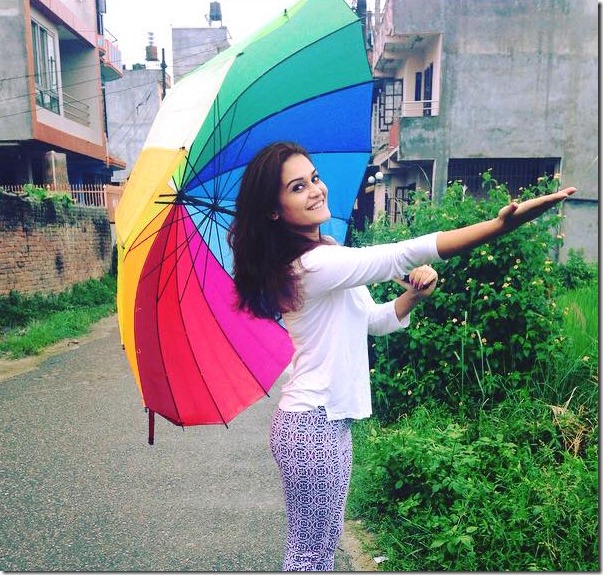 Rima and her future husband, Robert Lwalgun Bishowkarma had a short affair before finalizing the marriage. The engagement ceremony was held secret so there were no reports of the event in the media. Rema’s husband has been living with his family in UK and is a businessman by profession. According to report, Reema will continue to work in entertainment industry even after the marriage.

The movie featuring Reema’s on-screen marriage to Baboo Bogati, ‘Bhale Fight’ is releasing a couple of days before the actual marriage on Friday Septeber 25.

Nepaliactress.com team congratulates Reema BK for marriage and wish her a very lovely and successful future. Read the profile of Reema Bishwokarma.

5 thoughts on “Reema Bishowkarma marrying a NRN on 27 September”