Although she couldn’t organize the iconic Holi party in her residence this year, Karishma Manandhar didn’t miss the festival. In the shooting location, Karishma organized a similar party. The only thing missing in the party were the celebrities in Kathmandu. 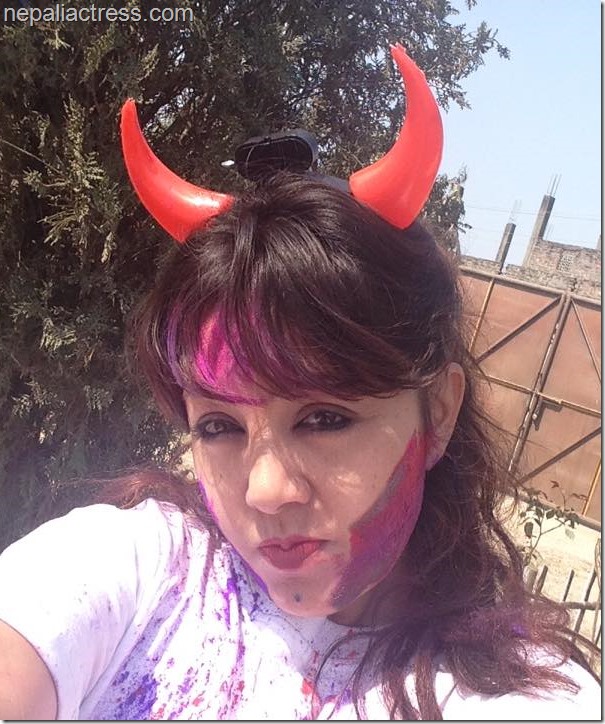 Karishma had managed to replicate the celebration in Kathmandu by starting the day (a day after the holi in Kathmandu) with similar arrangements. You can see the photo of the Holi 2014 and Holi 2013 here.)

The celebrities at Kathmandu had missed the actress’ Holi party at her residence in Kathamndu. This year, there was no celebration of Holi as big as the parties held in Karishma’s home in earlier years. 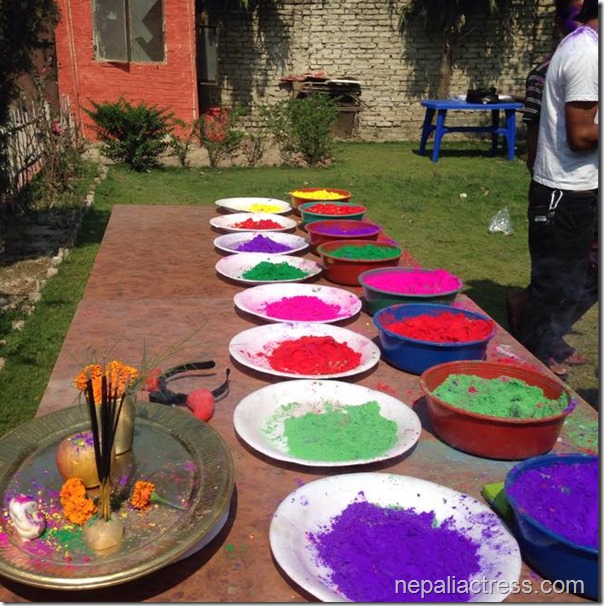 Here are other photos of the celebration: 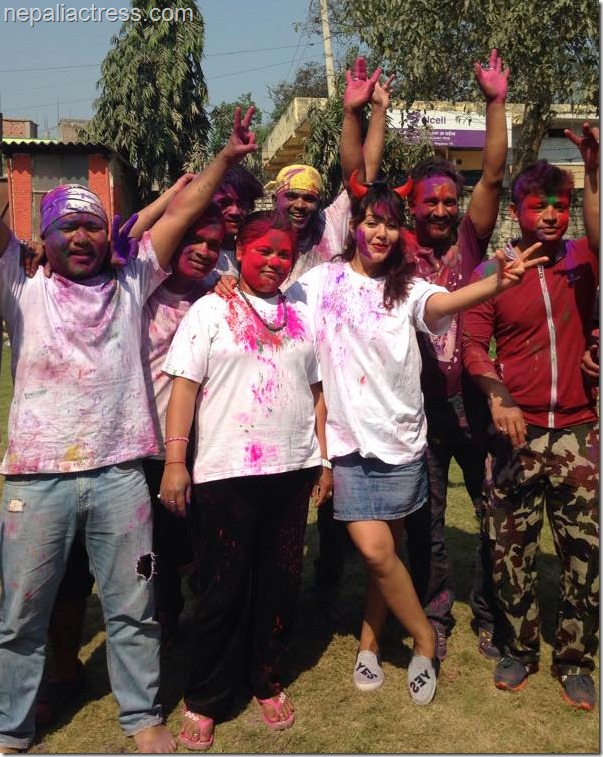 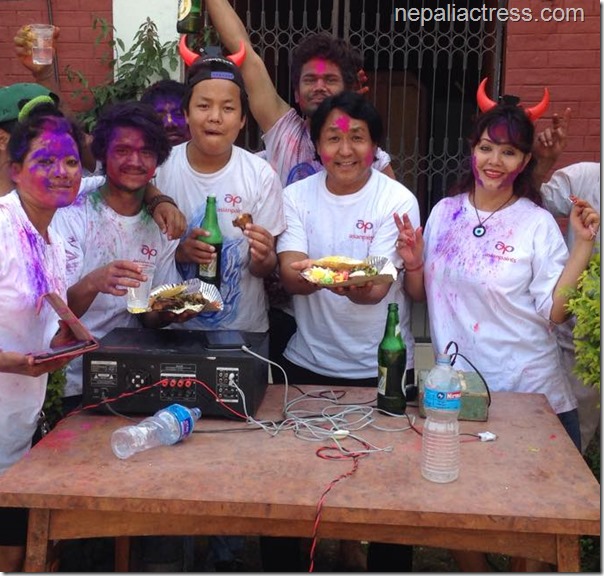 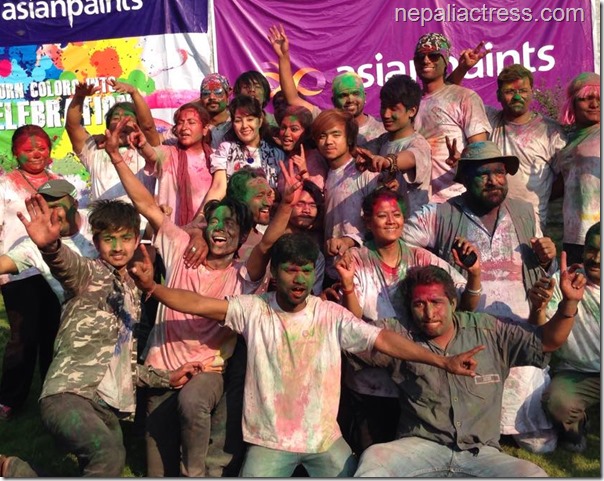 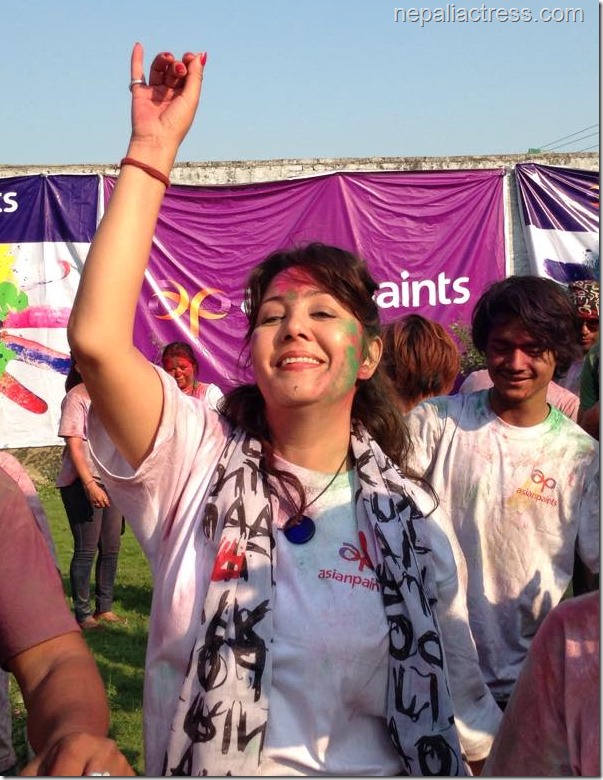