Bollywood actress Sunny Leone has become a mother to two little boys without the hassle of being pregnant and labor pains. She had become a mother by surrogacy – a process of renting somebody else’s womb to fertilize the sperm and eggs of the real parents. Although the children were given birth by another woman, they actually carry the blood of Sunny and her husband.

Sunny and her husband had adopted a baby girl a year ago. Nisha Kaur Weber looks quite happy to be with her two younger brother in the photo shared by Sunny Leone in her Instagram. The little guys are named Asher Singh Weber and Noah Singh Weber.

The real name of Sunny Leone is Karanjit Kaur Vohara. While the adopted daughter has adopted Sunny’s last name, Kaur the sons have Singh in their names.

God's Plan!! June 21st, 2017 was the day @dirrty99 and I found out that we might possible be having 3children within a short amount of time. We planned and tried to have a family and after so many years our family is now complete with Asher Singh Weber, Noah Singh Weber and Nisha Kaur Weber. Our boys were born a few weeks ago but were alive in our hearts and eyes for many years. God planned something so special for us and gave us a large family.We are both the proud parents of three beautiful children. Surprise everyone!

36 years old Sunny Leone had married Daniel Weber in 2011. Sunny had worked in the adult film industry before entering the Bollywood film industry. She has transformed herself from a bad past to a new and reputable lifestyle in India. She is one of the most popular actress in the Indian film industry.

This information is collected from various sources -> Surrogacy is a method or agreement whereby a woman agrees to carry a pregnancy for another person or persons, who will become the newborn child’s parent(s) after birth. Parents can make surrogacy arrangement when pregnancy is risky to the mother. This is also possible when a man-man couple want to have a child.

There are laws in some countries which restrict and regulate surrogacy and the consequences of surrogacy. Some couples or individuals wanting a child in this manner but who live in a jurisdiction which does not permit surrogacy may travel to another jurisdiction which permits it.

India is considered a good place for such arrangement as there is a legal framework to regulate it. 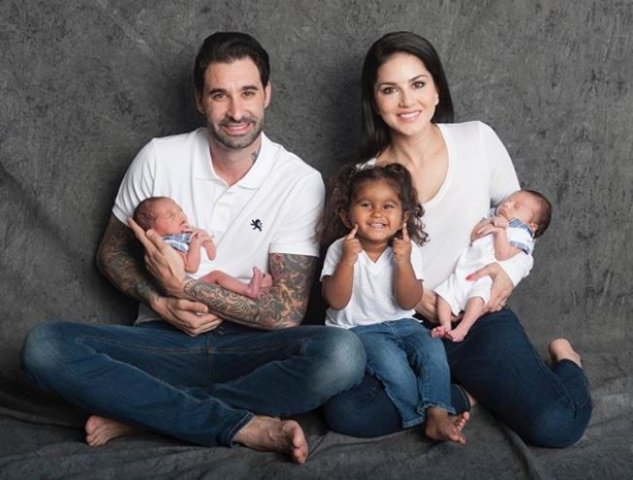